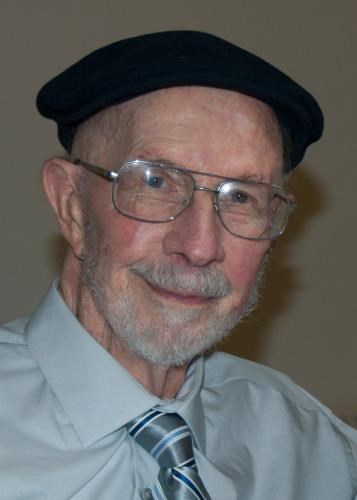 BORN
1926
DIED
2019
FUNERAL HOME
Duggan's Serra Mortuary
500 Westlake Avenue
Daly City, CA
Robert L. CunninghamRobert L. Cunningham, age 92, passed away on February 15, 2019 after a brief illness, with his devoted family at his side. He is survived by his beloved wife Margery, a partnership that lasted 69 years. He was the son of the late Marie and Louis Cunningham, and brother to the late Louis Cunningham and Virginia Knowles. Born March 22, 1926 in Birmingham, AL, raised in Cincinnati, OH, Bob attended the diocesan seminary, where he received his BA in Philosophy; he earned his PhD in Philosophy from Laval University, Quebec. Bob and Marge relocated to San Francisco in 1953, where he began his career at Lone Mountain College for Women and St. Mary's College, before taking his position at the University of San Francisco. He was a passionate and dedicated educator.
Bob's adventurous streak was for traveling, with the family in tow, crisscrossing the continent several times in a VW bus. Later Bob and Marge traveled the world. Bob was an avid bicyclist for 30 years, commuting to USF through the foggy Sunset district, and rode so many miles on one road bike that the frame collapsed!
He will be deeply missed by his large, devoted family, whom he treasured above all. He is survived by eight children: Mary Christine, Michael, Sheila (Mark), Mark (Sol), Gregory, Virginia (Michael), David (deceased), Roberta (David); and Lisa (John). His legacy also includes 19 grandchildren: Michael Jerome, Alexandra (Alex), Steven (Lindsay); Jesse, David, Austin (Marisa); O'Bryan (Marina), Zachary, Gabriel, Isabella, Ujaia, Dmitri, Nicholas (Amy), Andrew, Matthew, Samuel, Holland, Graham, Quincey; and three amazing great-grandchildren, Robert, Asher, and Christine. Bob will also be fondly remembered by Carla Bundrick and Lauretta Zucchetti, and his dear and loyal friends, Bob Struckman and Des Fitzgerald.
Please join us in a Celebration of Life Mass on Saturday, March 9, 2019 at 10:00 a.m. at St. Ignatius Church, 650 Parker St., San Francisco. Reception to follow in Fromm Hall. Complimentary parking in Kendrick Hall lot on Parker St.

Published by San Francisco Chronicle from Feb. 27 to Mar. 3, 2019.
MEMORIAL EVENTS
Mar
9
Celebration of Life
10:00a.m.
St. Ignatius Church
650 Parker St, San Francisco, CA
Funeral services provided by:
Duggan's Serra Mortuary
MAKE A DONATION
MEMORIES & CONDOLENCES
Sponsored by Duggan's Serra Mortuary.
7 Entries
Ruth Hubbard
March 13, 2019
MY deepest condolences to the family and friends of Robert. When someone you love becomes a memory, the memory becomes a treasure when it fills. Your heart with love and brings you joy. May you find comfort in Jesus promise of the hope of everlasting life at John 6:40.
VG
March 3, 2019
I am so sorry for your loss. The Cunningham clan, living just a few blocks from our family in SF, will always have a special place in my heart. It is so wonderful that Marge and Bob & Mom and Dad became and stayed close friends all these many years. My parents always spoke with such appreciation and love for them both.
May love embrace and carry your family during this painful time.
Darcy Struckman
March 3, 2019
Bob was part of a better world. He had a part in making it better. His absence is felt. Still, he is likely now in an even better world. Their gain.
David Nellis
Friend
February 28, 2019
Heartfelt condolences to the family who has loss a loved one. God is the creator and source of life. Psalms 36:9. BCO
February 28, 2019
Celebrating a life well lived. We will cherish the memories forever.
A. H.
February 28, 2019
My deepest condolences to your family. I am truly sorry for your loss. May the God of comfort give you peace and strength during this time of deep sorrow. (Psalm 18:6)
February 27, 2019
Showing 1 - 7 of 7 results