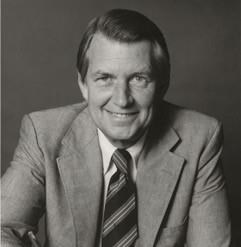 Passed away peacefully on June 20th at Webster House in Palo Alto. He was born on May 26, 1929 in Melrose, MA. The eldest of three children, Bob was raised in nearby Middleton, RI, the location of St. George's School, where his father was a science teacher. Bob was graduated from Northfield Mount Hermon Preparatory School in Massachusetts before receiving his collegiate degree from Trinity College in 1951.

After college Bob served in the U.S. Army for four years, worked at W.R. Grace in New York City, and then moved to Toledo, Ohio where he took a job with Owens Corning. Following an executive training program in sales and management, Bob was assigned to San Francisco where his work with Owens Corning focused on the development and sale of reinforced plastics. He later formed his own business, Royell, with two other partners, which distributed reinforced plastic materials throughout California. He retired at 60 years of age.

Bob married Rosemma ("Fredi") Brundage in 1960. They have one son, Timothy Scott Elliott, who resides in Menlo Park, CA.

Throughout his lifetime Bob pursued a wide variety of outside activities. As a member of the Audubon Society, Bob was always thrilled to make a bird sighting during a nature walk. A longtime volunteer for Environmental Volunteers, Bob taught grade school students about environmental issues, and took them on field trips to local parks and preserves. Using his expertise from Royell, he also took pleasure in teaching elementary school children in science classes how to put plastic materials together to make a small cup.

Bob enjoyed travel, and particularly the trips that included his love of the outdoors. He took several golf vacations in Scotland, and Alaska was a favorite destination for his backpacking trips with son Tim. For a number of years Bob and Fredi owned a home in Arizona where they enjoyed the desert flora and fauna, and collected Native American art and artifacts.

Closer to home Bob enjoyed tennis and golf which he played with a regular group of friends. Pursuing his interest in sports, he served as a Red Coat at Stanford to usher fans to their seats. He and Fredi also volunteered at rummage sales for the benefit of the Lucile Packard Children's Hospital. For twenty-six years Bob delivered food for Meals on Wheels, always taking the time to engage in conversation, and often replacing a light bulb or turning on the furnace for a needy client.

Having a keen interest in the culinary arts and through his friendship with Shirley Sarvis, a well known food writer and wine expert, he helped to organize special evenings of food and wine pairings.

Bob is survived by his son Tim, wife Fredi, and a sister Barbara Elliott Fargo of Massachusetts. His younger brother William predeceased him.
Bob will always be remembered for his outgoing personality, unbounded optimism, enthusiasm and generous spirit. Should friends desire, memorial contributions should be made to Environmental Volunteers, 2560 Embarcadero Road, Palo Alto, CA 94303.
Published by San Francisco Chronicle from Jun. 25 to Jun. 28, 2020.
To plant trees in memory, please visit the Sympathy Store.
MEMORIAL EVENTS
To offer your sympathy during this difficult time, you can now have memorial trees planted in a National Forest in memory of your loved one.
MAKE A DONATION
MEMORIES & CONDOLENCES
1 Entry
I am sad to hear of Bob's passing. He was our neighbor for over 25 years on San Mateo Drive. He always greeted us with a friendly smile. I remember his commitment to health. He jogged the neighborhood weekly.
We enjoyed hearing about his trips to Alaska. My condolences to Tim and Fredi. Rest in peace.
Stephanie Martin
Neighbor
March 29, 2021
Showing 1 - 1 of 1 results