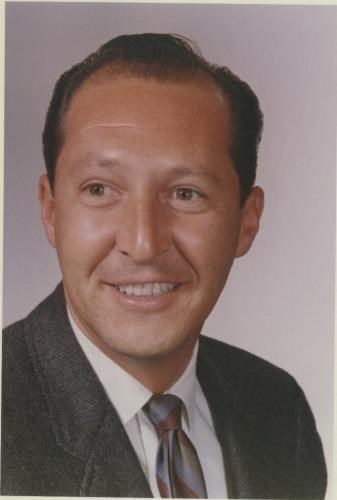 BORN
1930
DIED
2021
Robert Michael Jimenez
Sept 29, 1930 - June 22, 2021
Robert (Bob) Jimenez passed away peacefully at home in Millbrae, on June 22, 2021. He was 90. Bob was born in San Francisco. He attended Sherman Elementary, Marina Jr. High, and St. Ignatius High School. Bob swam at St. Ignatius, and was a three-time All City Swimmer, leading S.I. to the city championship in 1947. He continued his swimming in college, first at COP (now UOP), and then at SF State, where he also obtained his elementary school teaching credential.

Following college, Bob proudly served his country by joining the Navy during the Korean war, serving as an executive officer aboard a USN minesweeper in the Pacific.

Following his four years in the Navy, Bob taught elementary school at various public schools throughout the city. He eventually became assistant vice-principal at Hillcrest elementary, Diamond Heights, and Excelsior. In 1970, he became the first principal at the newly built Buena Vista elementary school in the Mission District. There, he initiated a bilingual program, supported school desegregation, and founded the Urban School Administrator's Association, to encourage hiring of minority school principals. One of his lasting legacies is that he helped to break down barriers that prevented minority teachers from advancing.

During the mid 1960's, Bob's passion for swimming was re-ignited. He joined both the Dolphin Club and the South End Rowing club, winning many races, including the Golden Gate, Alcatraz, and many others. He also swam anchor for the 6 man Dolphin Club relay team that set a record for the race from the Farallon Islands to Aquatic Park in San Francisco, on Sept 6-7, 1968. The team covered the 31.5 mile distance in just under 15 hours, swimming all through the night. Swimmers swam 1 hour shifts, wearing only nylon swim trunks, a bright orange swim cap, and a light coat of shark repellent grease (no wetsuits or goggles).

Unfortunately, in 1976, while training for a Master's Swim meet, Bob suffered a massive stroke that nearly ended his life. Bob recovered the best he could, but could no longer work as a school principal, and had to give up competitive swimming.

Bob decided to become the best person he could, given his new limitations. He re-acquainted himself with his Lord and Savior, Jesus Christ, and committed to living a healthy lifestyle. He never gave up. He became president of the Stroke Club of SF.

This remarkable man lived another 44 years following the stroke that nearly killed him, and serves as an inspiration for all that knew him. He will be dearly missed.


He is survived by his sons, Jerry (Debbie) and Father John; grandchildren Natalia (Gordon), Laura (Jason) and Nicholas; great-grandchildren Julianna and Natalie.

Bob was predeceased by his beloved parents, Roberto Jimenez and Hermalinda Sevilla.

In lieu of flowers, donations may be made to EWTN (Eternal Word Television Network) in Robert's name. 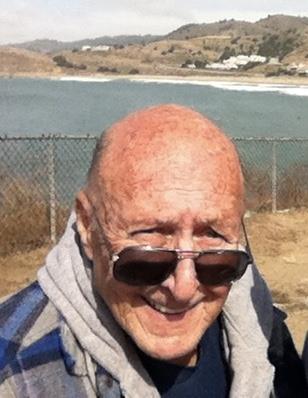 Published by San Francisco Chronicle from Jul. 2 to Jul. 4, 2021.
To plant trees in memory, please visit the Sympathy Store.
MEMORIAL EVENTS
To offer your sympathy during this difficult time, you can now have memorial trees planted in a National Forest in memory of your loved one.
MAKE A DONATION
MEMORIES & CONDOLENCES
3 Entries
Never knew Mr.Jimenez but went to school with his son Jerry and he must have been a really good guy because Jerry was a real gentleman and a really nice person
todd fry
July 6, 2021
Bob: What a remarkable life - thanks for bringing fire in equal parts to competitive swimming and to social justice in education hiring. Peace to you and all your beloved.
Chris Kelly
July 5, 2021
Although I never knew you, having joined the Dolphin Club after you retired, I admire what you did and what you stood for in educAtion.
Joe Illick
July 5, 2021
Showing 1 - 3 of 3 results