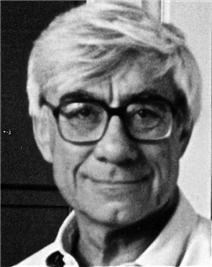 BORN
1920
DIED
2011
Robert died on Nov. 7, 2011 at the age of ninety-one. Dr. Kimmich, who practiced psychiatry in San Francisco, lived a full, engaged and accomplished life. His family, friends, colleagues, and patients will miss him.

Dr. Kimmich was educated at Yale University where he received his M.D. degree. His psychiatric career began at the Institute of the Pennsylvania Hospital. He later served as a Captain in U.S. Army and was stationed as Clinical Director of the Psychiatry Department of Valley Forge Psychiatric Hospital. He returned to Yale as an Assistant Professor and Chief of the Psychosomatic Clinic.

Dr. Kimmich was a leader in American psychiatry. He became the Medical Director of Hawaii's state hospital, and thus the leading spokesperson for psychiatry in that state. He was an advocate of community-based mental health services and established multiple outpatient clinics throughout the islands. He founded the Hawaii District Branch of the American Psychiatric Association. Following his stay in Hawaii, he was recruited to organize the Illinois State Psychiatric Institute in Chicago.

Dr. Kimmich then moved to California, where he became the first Director of the San Francisco Community Mental Health Program. During that time, he established a walk-in intake program solely for psychiatric patients at San Francisco General Hospital, which was a breakthrough at the time. He also developed a program of contracting with private agencies, which is a hallmark of San Francisco's successful mental health services.

Dr. Kimmich left San Francisco to relocate to Michigan where he became State-wide Director of its mental health programs. He ultimately returned to San Francisco, where he served as Director of Psychiatry at Children's Hospital. After returning, a major contribution that Dr. Kimmich made was his founding of the Medically Indigent Aid (MIA) program within the Family Service Agency. This program was the best kind of public-private partnership for meeting the mental needs of the poor. It was an inspirational model for cooperation and coordination. Dr. Kimmich served as first Board Chair for this program.

Dr. Kimmich had a long career, over 65 years, in which he advocated for quality patient care, the importance of psychotherapy to our patients and our profession, and for developing effective mental health delivery systems. He was a concerned, experienced supporter of the best in our field. He continued to have a full-time, active psychiatric practice in San Francisco until shortly before his death.

Dr. Kimmich was active in psychiatric organizations throughout his career. He was President of the Northern California Psychiatric Society and was an American Psychiatric Association Assembly Representative for many years. He was co-chair of the APA Commission on Psychotherapy.

During his lifetime, Dr Kimmich received recognition and multiple awards including the prestigious "J. Elliot Royer Award" given by the Regents of the University of California.

Dr. Kimmich was a member of the Board to the Psychiatric Foundation of Northern California (PFNC). He, along with Dr. Mel Blaustein, successfully encouraged the Golden Gate Bridge Board to authorize the building of a barrier to prevent impulsive suicides. In fact, the PFNC was established when one of Dr. Kimmich's patients wanted to make a generous donation to psychiatry but couldn't find a charity that she liked. Dr. Kimmich suggested establishing PFNC and was active at its inception.

Bob Kimmich loved to sail. His friends were privileged to enjoy adventurous sailing with him around the Bay. He, single-handed his 42 foot sailboat. He reluctantly sold his boat when he was in his 80's. He loved fine foods, fine wines, and the company of family and friends to enjoy these dinners. Bob was social, caring, innovative, interesting, and gallant in the best old-fashioned sense. We already feel his loss.

Funeral Services were private and there will be a memorial service later.

Condolences and contributions can be made to the Psychiatric Foundation of Northern California, 1631 Ocean Ave., San Francisco, CA 94112, or to your favorite charity, in his name.
Published by San Francisco Chronicle from Nov. 15 to Nov. 16, 2011.
To plant trees in memory, please visit the Sympathy Store.
MEMORIAL EVENTS
To offer your sympathy during this difficult time, you can now have memorial trees planted in a National Forest in memory of your loved one.
MAKE A DONATION
Please consider a donation as requested by the family.
MEMORIES & CONDOLENCES
4 Entries
Dr. Kimmich,
I know I will miss you more and more as time goes by. There will never be anyone like you. You were more of a friend than a doctor. I love you. L
November 18, 2011
shaunna anderson
November 16, 2011
I have been a patient of nine years with Dr. Kimmich. He was a wonderful doctor and human being. Upon reading his obit, I fully realized why I had stayed with him. He taught me much by simply asking me to answer my own questions. I looked forward to our meetings constantly. During those nine years I had grown close to him, not only as a doctor, but as a trusted friend. I will miss his guidance and friendship.
Thank you Dr. Robert Andre Kimmich. May you sail into the arms of the Lord.
Truly you have done His work.
Kevin MacDonnell
November 16, 2011
Dr. Robert Andre Kimmich was an amazing psychiatrist, confidant and friend of mine over the course of the past seven years. He helped me in countless ways that I will always be grateful for. I will miss him immensely. However, Dr. Kimmich will always be in my heart, thoughts, memories and dreams. I love you Dr. Kimmich. Thank you for being a part of my life. S.
November 16, 2011
Showing 1 - 4 of 4 results