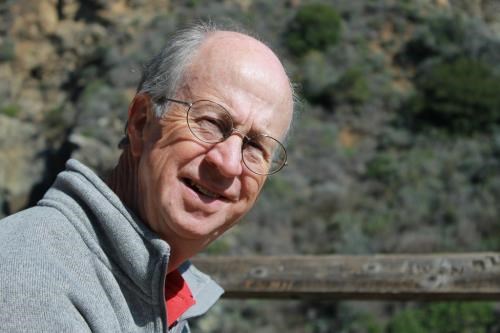 Robert, who was known by most everyone who knew him as Rob, was born on September 26, 1949 in Putnam, CT, the only child of Joseph Reich and Lillian (Whitehouse) Reich. The family name was legally changed in the late 90s to Rich, to match the Polish pronunciation of the name. Rob grew up on a dairy farm in Woodstock Valley, CT, an experience that instilled in him a life-long love for nature and animals. He became an Eagle Scout when he was 14 years old, by which point he had matriculated at Pomfret School in Pomfret, CT. After completing high school at Pomfret, he went to Wesleyan University in Middletown, CT, where he graduated in 1972.

After working in the insurance industry and for an engineering company, Rob went to Wharton Business School in Philadelphia, attaining his MBA there, in 1978. While there, he met Priscilla Chappell Dreby (Polly). They were married on June 17, 1978, and later that day got on a plane with their cat, Serena, and flew to San Francisco. They would live in the Bay Area their entire married life.

Rob's first job in California was at Del Monte, but after the company acquired R.J Reynolds, he was asked to move to North Carolina to work in the tobacco division. Rob had no desire to leave California or work for a company peddling cigarettes, so took a job at McKesson, as a financial analyst. In 1992, he purchased a small wholesale business called Dan Gould & Sons that sold soft goods to retail stores throughout the West Coast, primarily Longs Drugs. He very much enjoyed the work and took pride in being a small business owner, employing a diverse workforce headquartered in West Oakland, CA.

Rob passed on his love of sports, nature and star-gazing to his children by coaching their youth sports teams, serving as an adult leader for the Piedmont Boy Scout Council, taking them to the Sierra Nevada for cross country skiing and making trips to the East Coast that invariably included hiking, swimming and boating in the Adirondacks. An avid Red Sox fan, Rob was in New England the October when the Curse of the Bambino was broken. He later became a cycling aficionado, enjoying the Tour de France, as well as cycling as many as 50 miles a day on his Italian touring bike. He and Polly enjoyed and supported many local arts organizations, including San Francisco Ballet, California Shakespeare, Theatre Works, and Montalvo Arts. Travel to Muir Woods, Pt Reyes National Seashore, Yellowstone, Yosemite and international travel to Wimbledon, Mont Saint Michel, Montreal and Vancouver BC were all life-enhancing adventures for both of them, often in the company of family and friends.

After retiring from his soft goods business, Rob joined forces with Polly, becoming the CFO for her climate solutions-focused non-profit, Transition Express Inc. He gave her confidence, as a key board member, in finding meaningful ways to make a difference regarding the challenges posed by climate change.

Rob is survived by his wife of 43 years, Polly; his son and daughter-in-law Alexander and Michelle Rich of Ukiah, CA; his daughter and son-in-law Kim and Jake Wallin of Chico, CA.; and his grandson, Damien Rich. He is preceded in death by his parents. Instead of recommended donations, we suggest supporting an arts organization of your choice that inspires you, and taking regular scenic hikes with a good friend.


Published by San Francisco Chronicle from Aug. 18 to Aug. 22, 2021.
To plant trees in memory, please visit the Sympathy Store.
MEMORIAL EVENTS
To offer your sympathy during this difficult time, you can now have memorial trees planted in a National Forest in memory of your loved one.
Funeral services provided by:
Fernwood Funeral Home Cemetery & Crematory
MAKE A DONATION
MEMORIES & CONDOLENCES
Sponsored by Fernwood Funeral Home Cemetery & Crematory.
2 Entries
Sending a prayer of comfort and peace following the passing of your loved one. I came across his obituary and while I didn't have the pleasure of knowing him, was impressed by the quality of his life. I hope one day my own announcement will be a description of a life well lived and the impression my being here made a difference. God bless your family.
Maryam M Suluki
Other
August 24, 2021
Rob was a good friend and he will be missed by all who knew and loved him.
Ken Duff
August 20, 2021
Showing 1 - 2 of 2 results