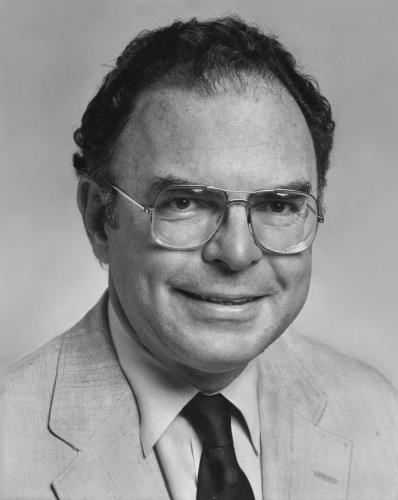 Bob's leadership abilities surfaced early. His mother said that he was president of his class every year through elementary school, a claim he modestly neither confirmed nor denied.

He was born in New York City in 1933, into a prosperous Russian Jewish family, the son of Bertha and Alexander Saldich, the youngest of 26 first cousins. His grandfather emigrated in 1896 and formed the Royal Table Company, pieces of whose furniture still exist. Bob's mother was the first child of the family born in America.

When in 1948, Bob's father followed a job to Shreveport, Louisiana, Bob was not at all sorry to leave New York, because in Louisiana you could drive at 15! He quickly established himself at Byrd High School on the debate team and was selected for Boys' State. His unbending integrity made him stand out and he was sent from there as a delegate to Boys' Nation, the highlight of his young life being meeting President Truman in the Rose Garden.

He went on to Rice University in Houston, Texas, filling leadership roles in almost every organization he joined, a circumstance that would repeat itself for the rest of his life, and graduated in 1955 with a Bachelor of Arts degree and in 1956 with a Bachelor of Science in Chemical Engineering. He was chosen as a Distinguished Alumnus of Rice University in 2006 "For his leadership in business and commitment to public service."

After a brief stint at Proctor & Gamble, using his Chemical Engineering background to supervise the manufacture of Pink Dreft, Bob went on to Harvard Business School, Class of 1961, where he finished as a Baker Scholar, and stayed for a year after graduation, having been selected as an assistant to the legendary professor, General Georges Doriot, who started the first American venture capital firm, American Research and Development. It was that background that got him a job offer from the Whitney family in New York to be their first private venture capitalist. But Bob was eager to leave New York and came instead to California to be the Assistant to the President of Kaiser Aluminum.

In 1963 he met and married Anne Rawley and in 1964 their son Alan was born. That same year he was recruited by a small materials science firm in Menlo Park, CA, Raychem, founded by Paul Cook. Then in 1966 he was sent to England to start up their European operations and he, with a lot of other very talented people, helped Raychem grow to be a Fortune 500 company, and in 1990 he succeeded Paul as CEO and Robert Halperin as President, helping to grow revenues by 50 percent by the time he retired in 1995. Besides his leadership, he infused the company culture with his memorable humor, and everybody remembers Raychem as a fun place to work. In 1993 it was listed in the book, The 100 Best Companies to Work for in America, by Robert Levering and Milton Moskowitz.

His interest in business education led him to join the Visiting Committee for the Harvard Business School, and the advisory boards for Cal Poly and the University of Santa Clara Business School. In retirement his social policy interests led him to invest his energies in The American Leadership Forum, the State of the World Forum, and the Silicon Valley Center for Community and Justice, now FACES.

Bob leaves his wife, Virginia, his son, Alan (Nancy), and his devoted step-children, Tad (Eleanor) and Stan (Heather) Thomas, Melinda Thomas (Michael Fabozzi), and Meg Thomas Dudley (Scott). He always said, "They are my child and your children, but they are our grandchildren": Emily and Ben Saldich; Elizabeth, Andrew and Bronwyn Thomas; Clare, Paige, and Will Thomas; Drew and Lindsey Dudley, along with step-grandchildren Elizabeth and Madeline Fabozzi. All of whom adored him and miss him intensely.

Bob's Memorial Service will take place at 2 pm December 27 in Skylawn Memorial Park at the intersection of Routes 35 (Skyline) and 92 in San Mateo. Donations in his name that would please him greatly can be sent either by email to Historysmc.org where the archive of Raychem documents is being collected. Or by mail to the San Mateo County Historical Association, 2200 Broadway St., Redwood City, CA 94063, Designate in Honor of Robert J. Saldich.


Published by San Francisco Chronicle from Nov. 29 to Dec. 2, 2017.
To plant trees in memory, please visit the Sympathy Store.
MEMORIAL EVENTS
Dec
27
Memorial service
2:00p.m.
Skylawn Memorial Park
intersection of Routes 35 (Skyline) and 92, San Mateo, CA
MAKE A DONATION
MEMORIES & CONDOLENCES
2 Entries
Bob was one of the kindest, most inspirational leaders I have ever worked for. He had a great sense of humor and eternal smile on his face. I was privileged to share his company. RIP, Bob
Peter Ligeti
Coworker
December 4, 2017
Bob was one of the most elegant, gracious and articulate men I have ever known. His leadership in The Commonwealth Club and throughout Silicon Valley made us all proud to be involved an any effort he lead. I cherish his friendship and hospitality and will so miss his intellect and kindness.
Ginny, you were his perfect partner in every way. Love to you.
colleen
Colleen Wilcox
December 4, 2017
Showing 1 - 2 of 2 results