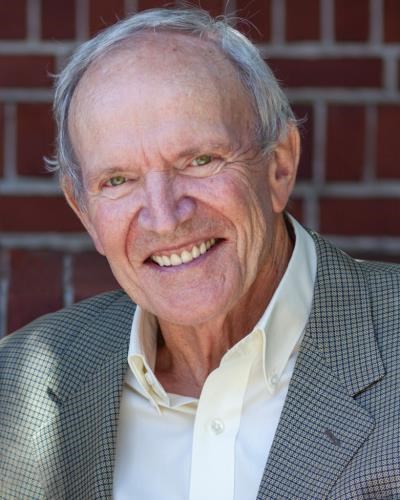 Born 1936, in Denver, Colorado, Bob was the son of Robert Hanna Waterman and Virginia Keister Waterman. Bob attended Steck Elementary School, Aaron Grove Junior High, East High School, the Colorado School of Mines (where he specialized in geophysics) and the Stanford Graduate School of Business. He served in the Army Corps of Engineers at Fort Belvoir, Virginia.

Bob cared deeply about people and our planet, and actively worked to make the world a better place. Bob had a significant impact on the world of business and management but, most importantly, he was a great friend, mentor, father and partner.

Bob began his career at Littleton Labs for the Ohio Oil Company. It was there that he first learned to program on early digital computers. After wrestling with whether he wanted to pursue a path in mathematics, Bob decided instead to attend Stanford Business School. Following his graduation from Stanford he worked at University of Denver Research Institute and then began his successful, 21-year career at McKinsey & Company.

Based in McKinsey's San Francisco office, Bob worked on projects around the world. With his family, he moved to Osaka and Tokyo to help open a McKinsey office in Japan. He and his family then moved to Australia, where Bob was charged with vitalizing McKinsey's offices in Melbourne and Sydney.

After success in Australia and a return to McKinsey's San Francisco office, Bob started work with a team focused on empowering McKinsey's organizational consulting skills. This effort resulted in an article, "Structure is Not Organization" that introduced the enduring business analytic "7-S Framework". Launched by this work's insights, Bob and Tom Peters went on to write the ground-breaking, best-selling business book: In Search of Excellence.

When Bob left McKinsey in 1985 he continued his business writing with 3 successful books: The Renewal Factor, Adhocracy and Frontiers of Excellence/What America Does Right. He also founded his own consulting practice; joined the boards of McKesson, Boise Cascade and ASK Computer; and was a founding board member of AES Corporation. At AES his passion for clean energy and the environment was kindled.

Bob was also a board member or a senior advisor to the President's Council of the National Academies of Sciences, the National Institute for Neurological Disease and Stroke, San Francisco Symphony, San Francisco Fine Arts Museums, US Ski Team, World Wildlife Fund, and the Restless Leg Syndrome Foundation.

Bob loved tennis and golf, but skiing was his true passion. In college he raced slalom, giant slalom and downhill. He even had some terrifying moments as a ski jumper.

The exploration of math and science (particularly physics) were a theme throughout Bob's life. He could often be found at a computer exploring fractal geometry or tackling imagined astrophysics scenarios.

Paralleling his business career, Bob was an artist. He delighted in painting – especially watercolors. He was a prolific and accomplished painter and had several gallery showings. He loved traveling the world with an easel and taught drawing and painting classes in his garage.

Often a quiet presence, Bob, with a sparkle in his eyes, could always enliven his surroundings with a fun story or his understated sense of humor. Friend and family gatherings were frequently brightened by his engaging (sometimes slightly mischievous) smile.

He loved being a part of his children's lives and friendships and was always ready to jump out of work to attend his daughter's and son's performances and sports events. One of his family's favorite memories is circling the globe with backpacks on a 9-month sabbatical.

Bob met the love of his life, Judy, in college. He and Judy were loving and supportive partners for 63 years of marriage. In Bob's words, "Judy has been more central to my life and success than anything. She smiles and lights my life. She sings and makes my world musical. She cries, and I can barely talk. She's my partner in adventure. I want to hold her hand forever."

Bob is survived by Judy, his two children Robb Waterman and Kendall Crosby; his children's spouses Elizabeth Sturcken and Andrew Crosby; his sister Susan Reed; and his four beloved grandchildren -- all of whom brought him great joy, all of whom are inspired by his amazing life.

Services to celebrate Bob's life are postponed due to COVID. In lieu of flowers, donations to World Wildlife Fund, The Restless Legs Foundation or Environmental Defense Fund would be greatly appreciated.

Published by San Francisco Chronicle from Jan. 14 to Jan. 16, 2022.
To plant trees in memory, please visit the Sympathy Store.
MEMORIAL EVENTS
To offer your sympathy during this difficult time, you can now have memorial trees planted in a National Forest in memory of your loved one.
Funeral services provided by:
Alta Mesa Funeral Home - Palo Alto
MAKE A DONATION
MEMORIES & CONDOLENCES
Sponsored by Alta Mesa Funeral Home - Palo Alto.
4 Entries
Judy, I am so sorry to learn that your dear husband has a left us. He was such a lovely man and will surely be missed. Sally
Sally Foster
Friend
January 16, 2022
RIP Bob.
Frank A Titus II
January 15, 2022
My sincere condolences for your loss. Bob touched so many lives and will be sorely missed. (Psalms 94:19)
Ryan
January 14, 2022
Accept my condolences. Phillipians 4:6-7.
Claire Augustine
January 14, 2022
Showing 1 - 4 of 4 results