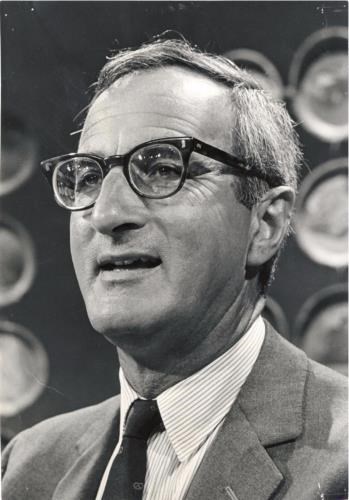 A third-generation San Franciscan born in 1921, John Roger Boas was the only child of Larie Kline Boas and Benjamin Boas, whose own father, Judah Boas, arrived in Gold Rush-era San Francisco in 1850 from Germany.

In 1938 Boas graduated from Galileo High School and attended Stanford University, Class of 1942, where he rowed crew and excelled as a member of the debate team. The day after graduation Boas enlisted in the U.S army.

"The war has changed me in ways that it will take the better part of my life to understand, let alone make peace with," Roger Boas wrote in the prologue to "Battle Rattle: A Last Memoir of World War II," his 2015 memoir which chronicles his three-and-a-half years as an artillery forward observer in Patton's Third Army in Europe. Boas was one of the first U.S. soldiers to enter a concentration camp at war's end.

The 24-year-old Lt. Boas brought home the Silver Star for gallantry in action and the Bronze Star for heroism, five battle stars, as well as a newfound commitment to peace, politics and diplomacy. He also suffered from PTSD and the hearing loss common to artillerymen.

With zeal to tackle tough jobs, he was sworn in as Chief Administrative Officer of the City and County of San Francisco in 1977. Examiner columnist Kevin Starr wrote: "Already he is realizing that he might soon be eligible for a new combat award — one for attempting to coax San Francisco's entrenched, unwieldy governmental bureaucracy to creative purposes."

Boas's esteemed business and public-service careers were entwined for his entire adult life. He began working at his father's automobile business, Boas Pontiac and took over running the company in 1950. Over the next 60 years he expanded and transformed the business. Renamed Boas Motors, and later San Francisco Honda, it was one of the original 50 Honda franchises in the nation and grew to employ more than 100 people.

The dealership's growth paralleled Roger's deepening involvement in civic concerns. He co-produced and moderated KQED's first public affairs show, "Profile Bay Area," in the mid 1950s. In 1963 he created and moderated "World Press," a popular televised panel discussion of international news by political science professors at Bay Area universities. The weekly show went on to be nationally syndicated on 185 stations.

In 1962 Roger was elected to the San Francisco Board of Supervisors. He served three terms, until 1973, actively promoting the nascent rapid transit system (BART) and fighting to keep high-rises off the city's waterfront. He co-chaired Robert Kennedy's presidential campaign in San Francisco in 1968, was state chairman of the California Democratic Party from 1968–71, and was named CAO by Mayor George Moscone in 1977, a post he held for 10 years.

As CAO he spearheaded the construction of Moscone Convention Center, which made the city competitive with other U.S. tourist-convention cities; promoted the growth of the Hotel Tax Fund to support the arts; supervised the health department; and administered the city's largest environmental public works program, the $1.5 billion wastewater project, The Clean Water Program.

Few of these projects lacked controversy, but Boas had the resilience and the uncanny ability to work through political and bureaucratic obstacles with his combination of business acumen and straight talk over jargon, always in the service of liberal democratic policy views.

Outside his civic roles, Boas enjoyed hiking in Yosemite, playing tennis and spending time with his family at Stinson Beach. He taught a popular Urban Studies Series at the University of San Francisco's Fromm Institute of Lifelong Learning and was the Institute's longest-serving board member. In 2011 he was decorated with the Chevalier of the Legion of Honor for his contribution to the liberation of France in World War II.

The Washington Post in 2016 published Roger's op-ed urging government funding and treatment for veterans with PTSD. "It is not confined to modern warfare with its explosives and sophisticated weaponry," he wrote. "It goes back to Shakespeare and even Homer. You find it in the Book of Job and the Mahabharata from India," and it emerges "every time you ask humans to kill other humans."

Roger Boas is remembered by family and his many friends for his generosity and intelligence. He was an engrossing storyteller with a terrific sense of humor who relished the healthy debate of ideas and conversation about current events, world affairs, literature and film with those of all ages and views.

He is survived by his wife of almost 60 years, art historian and author, Nancy, and their four children, all of whom reside in the Bay Area: John (Natasha), Christopher (Claire), Anthony (Ann-Rose), and Lucy, and six grandchildren. The family wishes to recognize Dr. Charles Morris, as well as Roger's devoted caregivers.

A private family service has been held. A memorial service will take place at a later date ([email protected]).

The Boas family asks that contributions be made to the Fromm Institute of Lifelong Learning, the Hearing and Speech Center of Northern California, or the SF-Marin Food Bank. 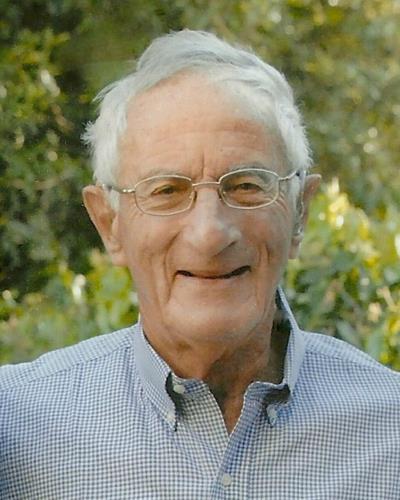 Published by San Francisco Chronicle from Feb. 16 to Feb. 21, 2017.
To plant trees in memory, please visit the Sympathy Store.
MEMORIAL EVENTS
To offer your sympathy during this difficult time, you can now have memorial trees planted in a National Forest in memory of your loved one.
MAKE A DONATION
MEMORIES & CONDOLENCES
3 Entries
Thoughts and prayers, be comforted by prayers, memories, and the loving support of family and friends. Wait for God's will to be done on earth as it is in heaven, removing the effects of sin and death shortly.
February 26, 2017
Having known Roger's daughter Lucy for many years, I can say that through Lucy I have gotten to know Roger. Her love for her father and her whole family runs deep, and through even the few moments I met him personally, I can certainly understand why. Roger was a kind patriarchal figure, the kind of man you wanted to sit and listen to for hours, he had lived such a rich full life. I send love to Lucy, Nancy and the whole family. May Roger's memory be a blessing for you all, one you can dip into for all the years to come. Love, Abigail
Abigail Wald
February 22, 2017
I believe Mr. Boas was the owner of a Pontiac dealership from which my parents bought a car in 1960. I also remember that he ran for mayor of San Francisco in the 1980s. May he rest in peace.
Albert Alioto
February 18, 2017
Showing 1 - 3 of 3 results