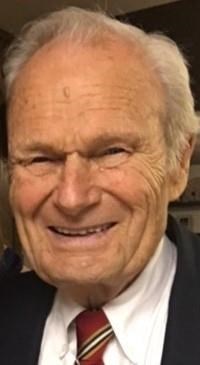 BORN
1930
DIED
2021
FUNERAL HOME
Oak Park Hills Chapel - Magleby Family Northern California
3111 North Main Street
Walnut Creek, CA
Roger Seymour Carlson
Oct. 9, 1930 – Oct. 7, 2021
Roger was born in Minneapolis, Minnesota to Eleanor and Reginald Carlson, where he grew up, attended South High School, and met the love of his life, Barbara Warren. Roger and Barbara started dating in high school, after Barbara asked the shy Roger to a Sadie Hawkins wiener roast. They married in September 1952.
Roger obtained his B.A. and MBA degrees from the University of Minnesota. He then served as an officer in the US Navy, stationed for 18 months in Hawaii.
Roger and Barbara settled in Golden Valley, Minnesota and raised their 4 children, Scott, Jeff, Heidi and Heather. Roger worked in marketing for General Mills. He was an avid fisherman, taking Scott and Jeff on daylong fishing trips on the Mississippi River, and all four kids on trips to the local lakes, and family trips to Birkeland's Bay Lake Lodge.
Although Roger loved his life in Minnesota, he yearned to get away from the cold winters and, in 1969, relocated the family to Orinda, California, where he lived ever since. He stayed in marketing, working for Foremost-McKesson, Crown Zellerbach, and General Time, followed by consulting work for Pacific Bell. He was a devoted husband, father and grandfather who loved traveling and took his family on numerous trips around the United States and to Europe. After the kids were raised, Roger and Barbara continued to take regular trips to their Phoenix condominium, to national parks, to Florida for visits with old Minnesota friends, and to Europe.
Roger especially enjoyed his backpacking and fishing trips to the Sierra Nevada mountains, in particular trips to the high mountain country around Mount Whitney.
Roger is survived by his loving wife, Barbara, devoted children Scott (Yvonne), Jeff (Divina), Heidi (Laura) and Heather (Steve), and grandchildren, Michael (Melanie), Susan (Cooper), Rachel, and Emily. He is also survived by his younger brother Allen.
His unique presence will be missed by all who knew him.
A celebration of Roger's life will be held at a future date.
Express condolences at www.oakparkhillschapel.com