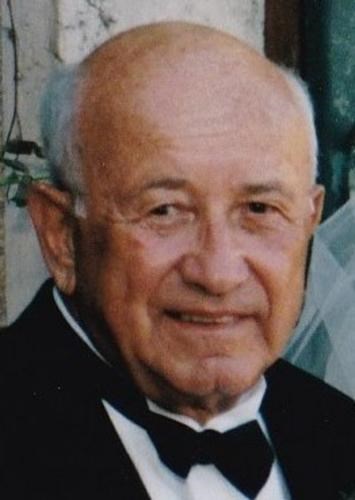 Born in Munich, Germany and immigrated to Hansen, MA with his family when he was eight years old. He was educated at Yale University and received his medical degree from Boston University School of Medicine. He served in the U.S. Air Force at Brooks AFB in San Antonio, TX as a flight physician during the Korean conflict. A brilliant neurologist, Rolf lived in Greenbrae, Marin County, and maintained a medical practice in San Francisco. He established the 401 Diagnostic Center, one of the first multi-disciplinary pain clinics in the Bay Area, first at French Hospital and later with auxiliary offices in Sacramento, Redding and Fresno. He was on a number of boards including Spring Opera, Ancient Arts Council of the Fine Arts Museums of SF, Presidio Historical Association, and California Heritage Council. Rolf was a long-time member of the San Francisco Yacht Club of Belvedere, the Society of Clinical Neurologists, and the Academy of Neurology. Survived by his loving wife Charlotte Jonas Scherman; his son Ted (Rolf) Scherman, his wife Lisa and children Lucas, Julian and Quincy; his daughter Caroline Nelson, her husband Chris and children Kyle, Liam and Gavin; his step-children Lisa Rosendale, her husband Jeff and children Erika and Alexa; Monica Yates and her children Ava and Benjamin; Charlotte (Nita) Yates and her children Arikai and the late Tayong; and Carter Yates and his wife Naomi Lee and her daughter Joanna; his sister-in-law Eloise Jonas; his cousin Marlyse Kennedy of Chevy Chase, MD and family; and his cousin Steven Peters and family of Greenwich, CT. Rolf was a one-of-a-kind force of nature; intensely driven, intellectual and curious with a sharp wit and a warm, gracious and generous spirit. He was a passionate world traveler and loved archaeology, opera, sailing, wine, cooking, gardening and bird watching. Truly, he was a Renaissance man! But most of all, he loved his family; family and tradition were everything to Rolf. He was a remarkable man and he had a rich and wonderfully textured life. He made a difference in the lives of so many and his strength will live on in our hearts forever. The family is so very grateful to the kind, gentle and loving staff at Aegis Living of Corte Madera who cared for him the last months of his life. A celebration of his life will take place in January. In lieu of flowers, a donation in his memory may be made to the Ancient Arts Council; c/o of the de Young Museum, Attn: Renee Dreyfus, 50 Hagiwara Tea Garden Drive, San Francisco 94118.

Published by San Francisco Chronicle from Dec. 1 to Dec. 6, 2015.
To plant trees in memory, please visit the Sympathy Store.
MEMORIAL EVENTS
To offer your sympathy during this difficult time, you can now have memorial trees planted in a National Forest in memory of your loved one.
Funeral services provided by:
Keaton's Mortuary
MAKE A DONATION
MEMORIES & CONDOLENCES
Sponsored by Keaton's Mortuary.
1 Entry
Dear Charlotte,

This is such sad news. Please know that I am thinking of you and sending you my condolences.

Take care of yourself--especially at this difficult time.