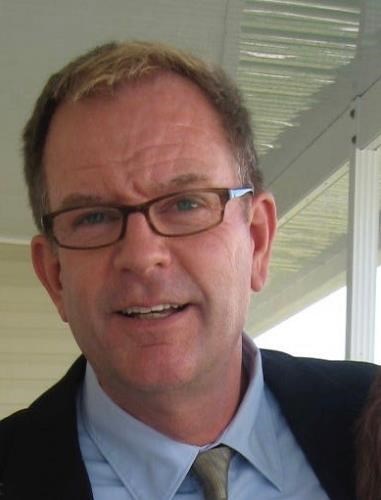 Rol Risska, a writer and poet, art and opera lover, who came to San Francisco in 1984, died in his home on March 29.

From the day of his arrival, Rol cherished the freedom that San Francisco offered. He embraced the expansive potential of the city even as he was content to sit on his favorite bench in Golden Gate Park's Music Concourse, where he might pause while writing a poem to enjoy the swirl of life around him.

A New England native and graduate of Bates College in Maine, Rol received his master's degree from Northern Arizona University. Once here, he worked in public affairs and fundraising at San Francisco State University while building a personal community that grew wider each year.

During the worst years of the AIDS crisis, Rol volunteered at the Shanti Project. He later donated generously to many civic causes, but also provided solace and joy to those who knew him simply by being himself — wry, insightful, and to-the-point.

Rol was devoted to his partner Dr. Ken Charles, a clinical psychologist who passed away in 1996. New England and Italy also lived in his heart — he shared their splendor with family and friends.

"Everywhere a brightness," a line from one of Rol's poems, captured his warm open-hearted personality. This endured even after he was diagnosed with brain cancer in 2017.

Rol is survived by his father Rolvin Risska and wife Marjorie, sisters Regina Booth, Christy Guerra, their families, Madra Christian, David Clapp, the Charles family, and a loving group of close friends, all of whom he left too soon. Donations may be made to a favorite charity.
To plant trees in memory, please visit our Sympathy Store.
Published by San Francisco Chronicle from Apr. 12 to Apr. 14, 2019.
MEMORIAL EVENTS
No memorial events are currently scheduled.
To offer your sympathy during this difficult time, you can now have memorial trees planted in a National Forest in memory of your loved one.
MAKE A DONATION
Please consider a donation as requested by the family.
MEMORIES & CONDOLENCES
4 Entries
A better listener and more thoughtful responder can not be found. I counted on Rol for no-small-talk conversation and informed, amusing commentary. He brought poetry to my life and I still find his loss hard to fathom. The photograph says it all . . . amused, curious, intelligent and sweet. "Time takes life away and gives us memory, gold with flame,black with embers." Adam Zagajewski
adrienne curson
February 17, 2020
May your Light shine brightly
Maureen Chase
October 6, 2019
Maureen Chase
October 6, 2019
Velimir Mihalic
July 31, 2019
Showing 1 - 4 of 4 results