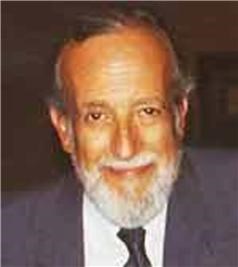 Ronald F. Dorfman, M.D. With profound sadness, we announce the passing of Dr. Ronald Dorfman, Emeritus Professor of Pathology at Stanford Hospital, on June 15th after a brief illness, with his family at his side. Dr. Dorfman was born in Johannesburg, South Africa in 1923. He graduated from the University of Witwatersrand and Medical School, from which he received his MBBch in 1948. His medical school education was interrupted by military service in Egypt and Italy during World War ll. He resumed his medical training in Johannesburg, London, and then Edinburgh, Scotland, returning to South Africa to complete his residency and fellowship in surgical pathology. In 1955, he married a fellow Wits student, Zelma, delighting both sets of their parents, who were best friends and fixtures in the Johannesburg Jewish community. In 1963, he and his family immigrated to the U.S., with a faculty appointment at Washington University in St. Louis, Missouri. In 1968 he was appointed to establish and co-direct the Surgical Pathology Service in the Department of Pathology at Stanford University School of Medicine. Several highlights of his career include: the identification (along with Dr. Juan Rosai) of a particular benign lymph node condition, now known as Rosai-Dorfman disease; an invitation to spend 3 months in England in 1985, with Zelma, as a visiting Senior Research Fellow at St. John's College, Oxford; and in 1993, presenting the coveted Maude Abbott lecture at the U.S. Canadian Academy of Pathologists annual meeting. After retiring at the age of 70, he continued to be active in the Department of Surgical Pathology, and in 2004, was honored with an endowed chair (Professor of Hematopathology) in his name. Ron took great joy in golfing, (playing with the same group of colleagues for over 30 years), attending Stanford sporting and cultural events, opera, photography, and travel. He was an avid reader. He was devoted to his family, especially treasuring time spent with his two beloved grandsons. He was an active member of his community at Channing House, serving as the chair of the entertainment committee. He brought many prominent and interesting speakers to the lecture series there. Apart from being a world-renowned surgical pathologist, and a mentor to many in his field, he is remembered by all who knew him as kind, generous, conscientious, and a true gentleman. His admirable discipline and scholarship were balanced by a playful sense of humor and an ever-inquisitive mind. He is survived by his loving wife Zelma, daughters Erica Dorfman, Annie Nieves and Carol Dorfman, spouses/partners Bill Segraves and Carolyn Kavanagh, grandsons Andrew Segraves and Jesse Nieves, brother Stanley Dorfman, and nephews Marc and Paul Dorfman. The family suggests that any donations in Ron's name be made to "Medicins Sans Frontieres" (Doctors Without Borders). A memorial service for family and friends will be held at Channing House, in Palo Alto, CA, on July 14, 2012 from 3-5pm. The Stanford Department of Surgical Pathology will be arranging a separate memorial service in his honor in the fall.
Published by San Francisco Chronicle from Jun. 27 to Jul. 1, 2012.
To plant trees in memory, please visit our Sympathy Store.
MEMORIAL EVENTS
To offer your sympathy during this difficult time, you can now have memorial trees planted in a National Forest in memory of your loved one.
MAKE A DONATION
MEMORIES & CONDOLENCES
2 Entries
You will always live in our hearts and prayers.
Stephanie Ayers
July 25, 2012
Deepest sympathy
Lee and Jules Zulman
July 14, 2012
Showing 1 - 2 of 2 results