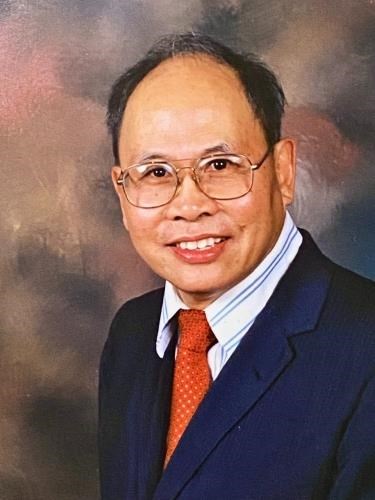 Samuel Hom was born on May 19, 1926, in San Mateo, California, as the 4th of 7th children. His family moved to China when he was young but he returned to the Bay Area to work and attend junior high and high school. In 1944, he enlisted in the US Navy and served in World War II on the aircraft carrier USS Ranger before being honorably discharged in 1946. Many years later in April of 2021, Samuel was awarded the Congressional Gold Medal in recognition of his service in World War II.

Using the GI bill, Samuel earned his GED then attended and graduated from UC Berkeley. He earned his California teaching credential from San Francisco State University and began a long and distinguished career as an educator. He met Myrna Lum at a church meeting and they were married on August 22, 1954. Samuel and Myrna had three boys, Fred, Melvin, and Robin, and lived for 61 years in the same house in San Francisco's Richmond District.

Over the years, Samuel earned his Master's degree from the University of San Francisco and was promoted into school administration, eventually becoming the head administrator of the Chinatown Community College. He took early retirement in 1985 so he could enjoy traveling around the world, especially to China. In 2020 Samuel and Myrna celebrated their 66th wedding anniversary and were still actively traveling until the pandemic halted their excursions. On the evening of June 22, Samuel Hom passed into eternity peacefully with family present.

The Hom family is grateful for all the expressions of love, support, and help received from relatives and friends. In lieu of gifts or flowers, please consider making a donation in Samuel Hom's memory to one of the following nonprofits:

• St. Francis Memorial Hospital, San Francisco
Published by San Francisco Chronicle from Jul. 24 to Aug. 1, 2021.
To plant trees in memory, please visit the Sympathy Store.
MEMORIAL EVENTS
To offer your sympathy during this difficult time, you can now have memorial trees planted in a National Forest in memory of your loved one.
MAKE A DONATION
MEMORIES & CONDOLENCES
0 Entries
Be the first to post a memory or condolences.