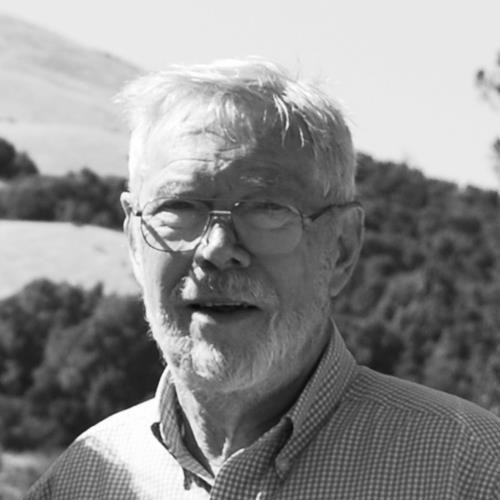 Sanford (Sandy) Elmer Brousseau of San Francisco, California, age 93, passed away Saturday, August 7, 2021, in a Bradenton, Florida hospice care facility after a long battle with Parkinson's disease.
Sandy was born June 24,1928, in Sacramento California, the son of the late Roy Elmer and Margaret Lorraine Brousseau (née Odell). Sandy graduated from Lowell High School in San Francisco in 1946 where he was on the track team, was editor of the school newspaper, The Lowell, and majored in English and math. He volunteered for the Marine Reserves and served in the Korean War as a radioman and coder. He was honorably discharged as a staff sergeant. He went on to attend San Francisco State University, where he earned a BA in Elementary Education and an MA in Educational Administration.
Sandy was a dedicated and innovative public school teacher and administrator. Over his 57-year career he taught math, science, and English in elementary and middle school in Marin County and San Mateo County in California and in Manatee County in Florida. Over a 30-year period of his career, he held school principal positions in the California counties of San Luis Obispo, Contra Costa, Marin, San Mateo and Sonoma. He was also an acting superintendent and director of curriculum in the Whisman District in Santa Clara County. He taught college courses in the education departments at Holy Names College, Santa Clara University, and the University of California Extensions, Berkeley and Santa Cruz. He wrote and won 100% of his many education grants and helped establish and direct two magnet schools in California. With a great love of teaching and engaging people in learning, Sandy was known for his humor, kindness, and caring for students and teachers and for his involvement and support of parents in their children's education. He helped shape and sharpen hundreds of minds, and he positively influenced those lives as only a lifelong teacher can. Sandy finally retired at age 82.
Sandy was a loving father and husband who was quick-witted and gregarious, with a huge vocabulary and a fine-tuned sense of humor and irony. He was perpetually curious and deeply creative. He was a prolific painter and enjoyed writing, studying history, creating games, gardening and landscape design, and viewing art of all kinds. He was a lover of cats and dogs. He was a member of the Unitarian Universalist Church for many years and later the Episcopal Church. He will be deeply missed by family, friends, and all who knew him.
Sandy is survived by his wife, Christine Jenkins, married 1987; seven of his children, Michelle, Pamela, Patrice, Cecilia, Daniel, David and Hayne; and five grandchildren. His eldest son, Michael, passed in 2020 in Killeen Texas, and his sister, Laura (Billie) Markos, passed in 2015 in Simi Valley, CA. A memorial service will be held in San Francisco at a later date. Condolences may be offered at PO Box 857, Anna Maria, FL 34216.
Published by San Francisco Chronicle from Sep. 3 to Sep. 5, 2021.
To plant trees in memory, please visit the Sympathy Store.
MEMORIAL EVENTS
To offer your sympathy during this difficult time, you can now have memorial trees planted in a National Forest in memory of your loved one.
MAKE A DONATION
MEMORIES & CONDOLENCES
1 Entry
Cris, we're so sorry to hear about Sandy. He was a good friend to us and we'll never forget his stories about his nanny and the cherry bomb or his beloved great Dane.
Nina and Frank Pohl
Friend
September 4, 2021
Showing 1 - 1 of 1 results