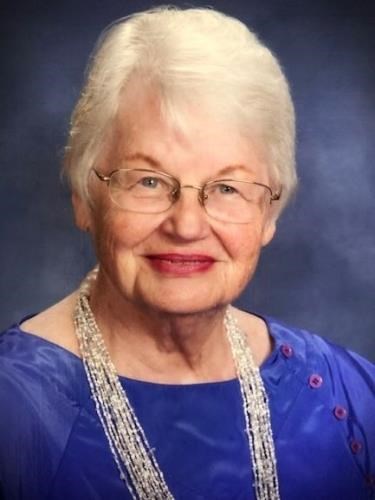 BORN
1932
DIED
2020
FUNERAL HOME
Crosby-N. Gray & Co. - FD-96
2 Park Road
Burlingame, CA
Sharon Sloan Feix
April 9,1932 - December 17, 2020
Sharon Sloan Feix, beloved wife, mother and grandmother, passed away peacefully on December 17, 2020 at the age of 88. She was born April 9, 1932 in Frankfort, Indiana, the third child of Carl and LaVerna Sloan. She is survived by her four children: David Feix, Libby Murphy (Mike), Thomas Feix (Jenny) and Kristin Caldwell (Mark); five grandchildren (Colin, Andrew, Sloan, Camile and Nathan); and her brother, Thomas Sloan. She is preceded in death by her husband of 62 years, Donald C. Feix, grandson Malcolm Feix, and sister, Julia Evans.
Sharon grew up in Frankfort, Indiana attending public schools including Frankfort High School where she was valedictorian of her 1950 class and dated her high school sweetheart and future husband, Don. She attended DePauw University, where she was a member of the Kappa Kappa Gamma sorority. She completed her college degree at the American Institute of Art in Chicago where she pursued her passion for art. She moved to Indianapolis after college, marrying Don in 1954 and having their first child, David, before moving to Arlington, Virginia. Sharon loved spending two years in Virginia visiting all the museums and National monuments that Washington, D.C. offered. After a short stay in LaGrange, Illinois, the family moved to Burlingame, California in 1960. Sharon loved this area and the ethnic diversity it offered, meeting neighbors from Holland, France, Italy and Japan. The family lovingly referred to her as "Miss Burlingame."
Her commitment to the Burlingame community and her deep love of reading, travel and the arts afforded her a life rich with service to others. Sharon served continuously in the Lincoln School PTA for over 16 years holding various officer positions, created the artistic signs and brochures for the Coyote Point Museum Auxiliary's Decorators' Show House for many years, participated in the local chapter of the Kappa's in their various events, was an active member of the First Presbyterian Church of Burlingame, including singing in their choir, delivered hot dinners for Meals on Wheels and worked tirelessly for the Headstart Auxiliary. Sharon was also a co-owner of The Gallery in Burlingame and, as an artist skilled in watercolors and pastels, she created many works of art that we are fortunate to have reminding us of her talent and passion. Along with her volunteer activities and her numerous bridge clubs, in 1978, Sharon became Don's office manager when he opened his own law firm. They worked together for the next 24 years side-by-side and both loved using the office as a family playground for grandchildren visits!
Sharon loved to drive and for many summers while Don worked, she packed up the station wagon with kids, friends, dogs and occasionally, puppies, and headed out. She was fearless. Beginning in early 1970, she organized many family vacations in Alpine Meadows, California in a cabin they built. The whole family took up skiing and participated in numerous backpacking trips into Desolation Wilderness accompanied by Dutchess, the loyal Labrador, and an extra child or two or three. Later in life, she and Don discovered Cabo San Lucas and loved vacationing at the beach with all the grandchildren.
A private committal of ashes will take place at a later date in the Sierras. Donations may be made to the memory care community at Burlingame Villa (1117 Rhinette Avenue, Burlingame, CA 94010) or Mission Hospice Auxiliary (66 Bovet Road, Suite 100, San Mateo, CA 94402 or www.MissionHospice.org).

Published by San Francisco Chronicle from Dec. 18 to Dec. 20, 2020.
To plant trees in memory, please visit the Sympathy Store.
MEMORIAL EVENTS
To offer your sympathy during this difficult time, you can now have memorial trees planted in a National Forest in memory of your loved one.
Funeral services provided by:
Crosby-N. Gray & Co. - FD-96
MAKE A DONATION
MEMORIES & CONDOLENCES
Sponsored by Crosby-N. Gray & Co. - FD-96.
1 Entry
Just a super person.
Mark and Nancy Freschi
December 25, 2020
Showing 1 - 1 of 1 results