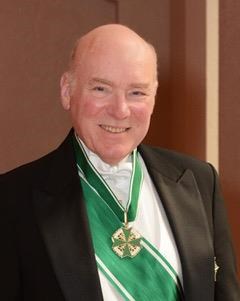 After receiving his Medical Degree, Steve worked in Emergency Medicine at Rosewood General Hospital in Houston, Texas and Katy Memorial Hospital in Katy, Texas. Steve then moved to Tempe, Arizona to be the Team Physician for Arizona State University. Ultimately Steve moved to San Francisco and began practicing at the Center for Sports Medicine at Saint Francis Memorial Hospital where he was based for the last 33 years.

Steve's passion for sports included working with the United States Olympic Committee as a Team Physician for twenty years as well as the Doping Control Crew Chief for the USOC. He was the Team Physician for San Francisco City College for nearly 30 years, seeing the football team achieve many national Junior College Championships. He was also Team Physician for the San Rafael Pacifics baseball team for several years.

Steve was an avid hunter. He enjoyed many trips to Africa, Europe, Central and South America as well as enjoying target, trap and skeet shooting. He was involved with and served on the Board of the Mzuri Wildlife Foundation for several years, and was a member of the Brotherhood of St. Hubertus which promotes traditional hunting ethics and practices. Steve was also a Life Member of the National Rifle Association.

He had many hobbies, photography, stamp collecting, gardening, growing orchids and tomatoes. Steve loved to travel and cruise with his wife, Susan, family and many friends.

We will miss Steve's love of life and gentle manner. In lieu of flowers, contributions can be made to Saint Francis Memorial Hospital Foundation, 900 Hyde Street, Suite 1208, San Francisco, California 94109 or to the National Rifle Association Foundation, 11250 Waples Mill Road, Fairfax, Virginia 22030.


Published by San Francisco Chronicle from Jun. 22 to Jun. 28, 2020.
To plant trees in memory, please visit the Sympathy Store.
MEMORIAL EVENTS
To offer your sympathy during this difficult time, you can now have memorial trees planted in a National Forest in memory of your loved one.
MAKE A DONATION
MEMORIES & CONDOLENCES
3 Entries
Dr. Van Pelt lives on in my heart as one of the most caring physicians I ever had.
We as his patients have suffered a great loss - but I hope you know you are so deeply appreciated and loved. In some way, you are always with us.
René B.
Rene B
July 15, 2020
I had the pleasure of taking care of him as a patient and taking care of his patients. He was a very nice and caring doctor who always had a smile on his face. May your soul Rest In Peace Dr Van Pelt. May perpetual light shine upon you.
Marj N
Coworker
June 30, 2020
Dear Susan, Im so sad for your loss of this gentle giant Steve. I smile when I remember him and the calm, warm, and caring nature he exuded. May your memories, family and friends sustain you during this most difficult time. Love & Peace to you. Jim Maloney
Jim Maloney
Friend
June 24, 2020
Showing 1 - 3 of 3 results