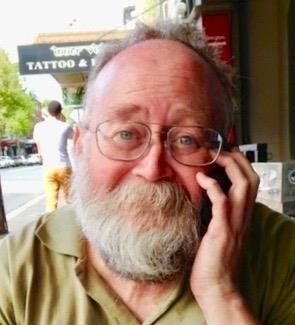 Steven Escontrias Armstrong died suddenly on Sunday, July 14 in Las Vegas. His partner, Boyd Smith, was with him when he died. He was 65.

Though sadly too short, Steve's life was one of enormous faith and achievement. He was born in Phoenix on January 9, 1954, to Elizabeth Escontrias Armstrong and Jesse James Armstrong. A gifted student, he graduated from Brophy College Preparatory, whose Jesuit teachings would help guide his path through life. From Brophy, Steve moved east to attend Yale University. He graduated in 1976 with a combined degree in Latin and French; at Yale he was also active in theater and with St. Thomas More House.

Steve was ordained in 1987. During his studies, he had grown increasingly interested in eastern rite Catholicism. After ordination, he moved to San Francisco to serve as priest and director of Our Lady of Fatima Byzantine Catholic Church, then on Lake Street. Here Steve deployed his energy, erudiction and considerable social skills to strengthening the church and making connections with other eastern Catholic churches throughout the Bay Area and the nation. He also taught at the University of San Francisco.

Steve left the Jesuits in the early 2000s to be with his partner, Boyd. They would remain devoted to each other until Steve's death. Even after leaving the order, Steve remained in contact with the Jesuit community. His next career was with Rosicrucian Order at their headquarters in San Jose. Here he served as an administrator, librarian, educator and curator, working both in San Jose and at the Rosicrucian Center in Manhattan. He and Boyd moved to Las Vegas in the fall of 2018, Steve saying he was happy to be back in the desert southwest of his childhood.

Steve was a Renaissance Man, or, to put it another way, a one-man Renaissance. A supremely gifted teacher and writer, he had the ability to explain complex theological concepts engagingly and intelligibly. He was comfortable in a Vatican museum and in a Mission taqueria; adept at discussing St. Augustine and Aquinas and equally adept at weighing the relative merits of Star Trek captains Kirk, Picard, and Janeway. Most of all, he was a devoted partner to Boyd and a devoted companion to their beloved Skye Terrier, Angus.

Published by San Francisco Chronicle from Jul. 26 to Jul. 28, 2019.
To plant trees in memory, please visit the Sympathy Store.
MEMORIAL EVENTS
Aug
4
Memorial service
3:00p.m.
Rosicrucian Grand Temple,
1345 Randol Avenue—between Park and Chapman Avenues, San Jose., CA
MAKE A DONATION
MEMORIES & CONDOLENCES
33 Entries
I still miss talking to you and your wise counsel. you were always there for us.
Victoria Stephens
Friend
July 20, 2021
You found and made a life with the man of your dreams...Glory to God!
Sasha Katz
Friend
June 23, 2020
Oh sweet Stephen...You will never be forgotten...I distinctly remember that hollow feeling, the day I realized you had moved to your next initiation...I felt such shock and sadness, I couldn't even believe it. I still pull your photo up on my computer, in remembering you...I also listen to the videos you made, it gives me comfort, yet sadness that your not here, at the same time...I love this pic of you. You will be forever remembered...<3
Debby Nelson
February 5, 2020 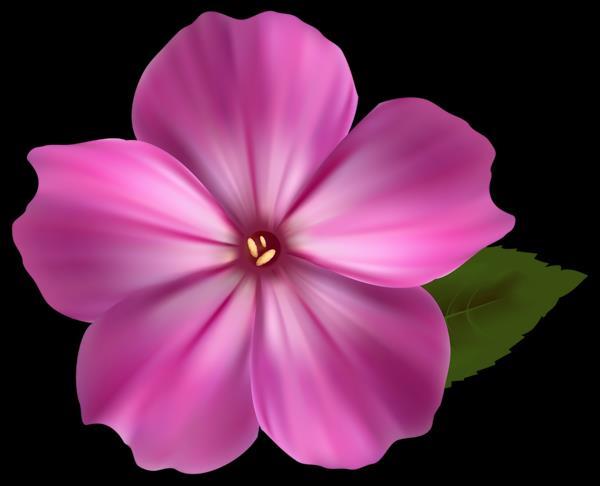 I only just found out about your passing. My heart sunk. Thank you for everything you did to help me when I first became a Rosicrucian brother. May your return be glorious.

James
James Plogger
January 31, 2020
On this special day, I want to thank the almighty as Steve was a gift to humankind, simply a bright light to help heal the suffering of humans.
Light Life and Love.

Peace Profound frater Steven!
Jean-Paul Dongmo Sr
January 9, 2020
It was a shock to hear of Frater Amstrong's early departure. A true scholar, humanist, and laborer in the Vineyards of the Lord, I feel fortunate to have crossed paths with him for a time in the early years of the century. Blessings on his family and life-giving memory.
Mark Moulton
December 11, 2019 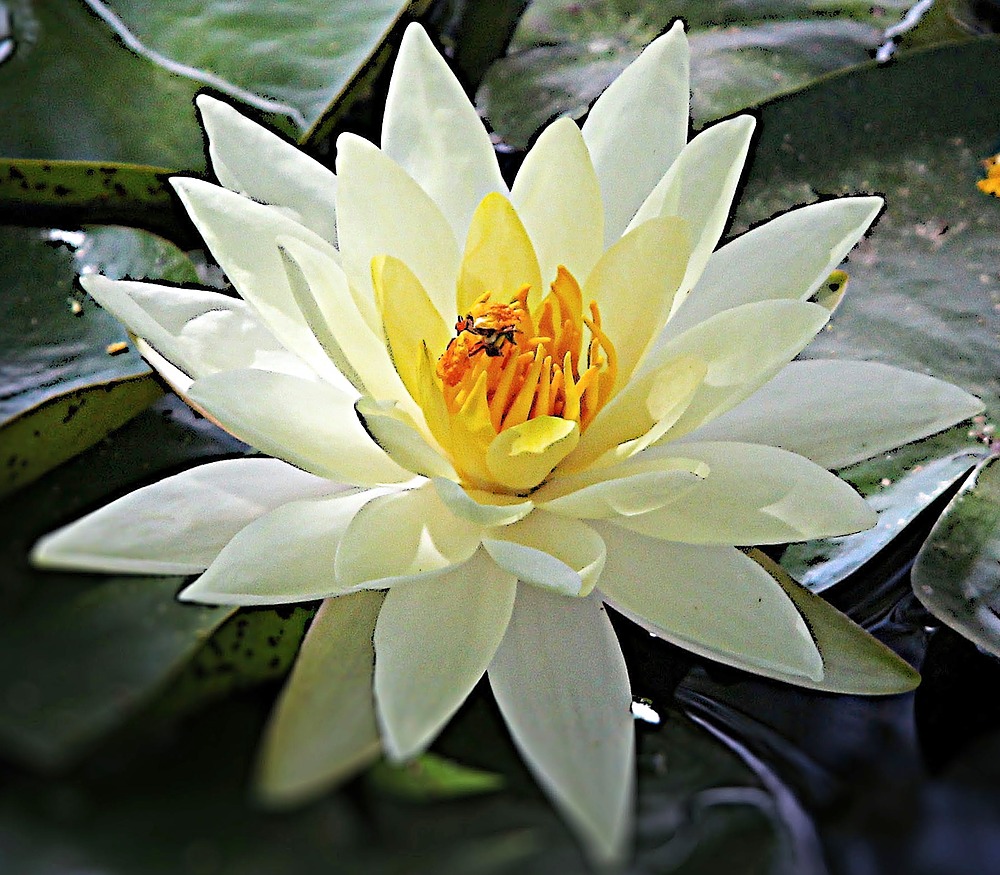 Steven , performed our wedding in the Peace Garden in Rosicrucian Park 12/01/2007. Bernadette and I will never ever forget him
Robb Rezak
December 10, 2019
Steve was best man at our wedding May 1974. My husband, Randy Smith, and Steve were roommates at Yale. We witnessed two of his vow ceremonies while living in California during the late 70's. A delightful man and good friend.
Cathy Smith
November 15, 2019
Frater Steven was a kind and loving person. He shared his knowledge and unconditional acceptance with me and so many others through his teachings via social media. I wish him and loved ones peace and joy.
Soror Hines
Regina Hines
November 3, 2019
Mary Kindred
September 26, 2019
As a fellow Rosicrucian, I had the good fortune to attend several lectures and workshops with Steven Armstrong and will say
that he was a extremely gifted man.
His deep spiritual knowledge and clear insight was both engaging and practical.

Thank you, Steven for your stay here on
planet earth and your warm heart you shared.
May you ever..."Continue the Great Work"
Frater...Michael Anderson.
Fr. Michael Anderson
September 11, 2019
Even as a young man at University, he was a great soul. Eternal memory.
August 25, 2019
Frater Steven,
You are dearly missed in Las Vegas. Thank you for your kindness and inspiration.
Sasha Texeira
August 23, 2019
Peace Profound dear Frater. You always are in our hearts.
Olga Deulofeu
August 22, 2019
Nicolas Durand
August 14, 2019
Dear Maestro,I have no words to say how we feel, except that you are "Unfogettable".You will forever be in our hearts, enjoy the Convention from above...
Yvonne Fedorsha
August 13, 2019
My deepest condolence to Boyd, and surviving relatives and friends. My many conversations with Steven have always left me on a higher note. I am saddened by his early transition. A friend and a brother to all; a great human being who was, is, and will always be loved and remembered by those who have shared his presence and wisdom. Now we rest in assurance that the Guiding Light of The Cosmic has illuminated his path home.
Oscar Gowie
August 3, 2019
A truly wonderful man who reached so many people and transformed many lives in the most positive way.Our entire membership was truly blessed to meet Steven in person when he was a special guest facilitator at our Mystical Weekend last year.He will be missed greatly.

Jason
Jason Daniels
August 2, 2019
I knew SARM when I served as an acolyte and then a reader at the Russian Catholic Center for a number of years. Steven and I both left the Greek Catholic Church and went our different ways - I converting to Judaism, SARM to the Rosicrucian Order and we stayed in contact through Facebook. Steven was charming, had sharp whit and a deep knowledge of many spiritual traditions. We got to know each other very well over the years. Steven was his wonderful, gentle self in his condolences when I lost my husband in 2017. My condolences to his husband Boyd and to Angus. Vichnaya Pamyat - May his memory be eternal!
Jason Lindo
Jason Lindo
August 1, 2019
Steven was a quirky kind of saint. I am not sure whether to pray a prayer for his rest or invoke his intercession for my wellbeing. I feel the grief of his loss.
Michael Meyer
July 30, 2019
! ! Memory Eternal!
Hmk. Mark Ciccone, S.J.
July 29, 2019
Peace Profound ! To my Dear Friend and Teacher Steven Glory, Glory , Aleluya !
Humberto Mora
July 28, 2019
Steve and I sat next to each other many years ago during a Rosicrucian tour of France. During the trip from Paris to Toulouse, we exchanged ideas about the mystical path. I was impressed to learn of the unique path that he trod and that finally led him to the portals of the Order and I learned a lot from him.
And now, I have no doubt that That Light, The Greater Light did illumine his path when he finally made his exit from this side of the Great Divide to the bosom of the Cosmic.
Kayode Nuga
July 27, 2019
Kayode Nuga
July 27, 2019
Candle of Light to our beloved Frater and friend Steven. You are forever in our memory with Love.
Rest in Peace dear Frater.
Helene Rochstein
July 27, 2019
My condolences to family and friends. I knew Steve from membership services. may he rest in peace.
Cosima French
July 27, 2019
Inside the Great Mystery that is,
We don't really own anything.
What is this competition we feel then,
Before we go, one at a time, through the Same Gate?

If you've opened your loving to God's love,
You're helping people you don't know
And have never seen.

Is what I say true? Say yes quickly,
If you know, you've known it
From before the beginning of the Universe.
Kathleen M Moore
July 27, 2019
Steven was the highlight of my time working at AMORC. A genuine Scholar and a Gentleman who always stayed ethical and true regardless of the circumstances around him. His fine example will always live in my heart.
Kyle BURCH
July 27, 2019
My condolences to Boyd and little Angus and Steven's family circle, which includes all of the people he knew. He was an amazing man, always willing to answer questions. He was a kind man. We will all miss him and his love.
Jacquelyn Paull
July 27, 2019
I will miss him. He was one of my gurus. An extremely intelligent and kind man who taught me and others many things about the spirit, life, and differences. He was also a fellow Trekker. :) His soul has traveled on.
Victoria Stephens
July 27, 2019
Frater Steven - YOU were definitely a Renaissance Man - up there with Ficino. You can never be replaced and hopefully there is someone out there who will try to walk in your shoes to fill that void we feel today.
Kathleen M Moore
July 27, 2019
Definitely a Renaissance Man - up there with Ficino. You can never be replaced.
Kathleen M Moore
July 27, 2019
About 12 or 15 years ago, Steven led a workshop on the Divine Feminine for the Rosicrucian group in Austin. At one point in his presentation he used a song from the Austin Lounge Lizards to illustrate a concept. Steven is the only person I know who could successfully blend the Divine Feminine and the Austin Lounge Lizards.
Richard Egg
July 26, 2019
Showing 1 - 33 of 33 results