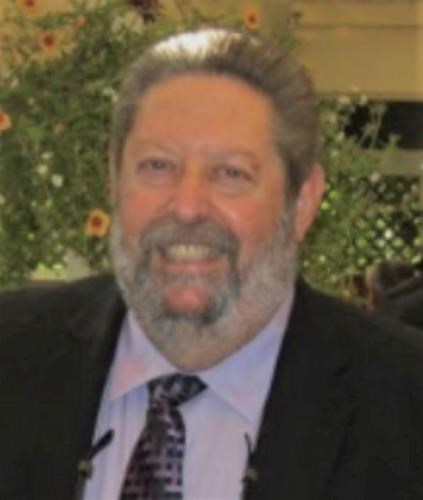 At the age of ten, Terry and family moved to San Francisco's Richmond District. He made his Bar Mitzvah in 1963 at Congregation Beth Israel. He was President of his class and captain of the school's basketball team as well as a Boy Scout. He then attended George Washington High School. There he was elected to the school's Men's Eagle Society and performed in the school's senior day play.

During his high school years, Terry worked as a member of the Local Union 468 as a vendor primarily at various Bay Area sporting events. He considered himself so fortunate to see so many great sports stars including: Giants stars Willie Mays and Willie McCovey, Juan Marichal, Orlando Cepeda, the Alou Brothers, Gaylord Perry and the 49er greats John Brodie, YA Tittle, Hugh McIhenny, Jimmy Johnson, Dave Wilcox and the list goes on and on. He was also lucky enough to attend and see: The Grateful Dead, Jefferson Airplane, The Doors, Creedence, Santana, Chuck Berry, Moby Grape, Beach Boys and many, many more.

After high school, Terry moved with his surfboard to Honolulu for the summer working at The Outrigger Hotel on Waikiki. Terry then moved back to the mainland and attended College of Marin. While at College of Marin, Terry made the Dean's List and Honor Society, while also playing on the College's football team and among his teammates was Pete Carroll, now with the Seattle Seahawks. While at College of Marin, crashing an Irish Student's Union meeting with a friend one day, Terry met the love of his life who turned out to be his future wife of 47+ years, Rosemary.

Terry married Rosemary in August, 1974, at a beautiful ceremony at the Marin Art & Garden Center and they honeymooned in Hawaii.

Terry then left The Refectory chain and took some time off helping his brother-in-law, Bob coach the Mill Valley Cyclones and worked part time bartending at The Assay Office (now Bix) on Gold Street in SF.

Terry then purchased his own mobile catering business in San Francisco where he worked hard and had successful industrial routes from 1976 to 1987.

Terry and Rosemary then moved to Tiburon and in 1985 Rosemary gave birth to their beautiful daughter, Hilary Anne. Terry loved being an active parent of Hilary's and some of his fondest days were watching her participate in all of her sports and activities including: soccer, basketball, softball, and swimming as well as participating with her in Indian Princesses. He loved playing tennis on weekend afternoons at the Tiburon Peninsula Club and especially loved family vacations with Roe and Hil to Disneyland, Tahoe and Vegas. Terry's greatest passion was coaching his daughter and friends in the CYO basketball league for St. Hilary's.

Terry sold his catering business and along with longtime friend, Steven Pearl, opened Buddy's Place Restaurant in San Francisco's Financial District, where they successfully operated a very busy breakfast and lunch operations from 1987 to 1991.

In 1991, Steve and Terry sold the restaurant and Terry went to work for BiRite Foodservice Distributors where Terry successfully sold to San Francisco and Marin restaurants and hotels until his retirement in 2015.

Terry's happiest moments were spending time with his family, wife Rosemary, daughter Hilary Anne and her husband Earl Caruthers and, in particular, grandson Earl IV. He also loved watching his beloved Cal football, Forty Niners as well as the Warriors. He loved holiday get togethers, especially Christmas and Hanukkah, barbeques with friends and spending time in his beloved backyard pool.

Terry is predeceased by his parents, Maurice and Lillian Hamberger and sister Tina Carole Hamberger as well as his mother and father-in-law Keith and Roselle Cramer, sister-in-law Kathleen and brothers-in-law Joseph and Rolfe. Also predeceased by Grandparents Gussie and Sam Kraft of San Diego and Aunt Florence and Uncle Lee Bart Sr. of San Francisco and Uncle Phillip and Aunt Ruth Kraft of Bakersfield.

Terry is survived by his wife Rosemary, daughter Hilary Anne (Earl) and grandson Earl IV, as well as brother-in-law Bob Zeigler (Joan) and sister-in-law Julie Petersen as well as nephew Rob Zeigler and niece Kelly Petersen. He is also survived by many cousins and relatives and in-laws in the San Francisco Bay Area and Los Angeles and San Diego, CA.

Terry's celebration of life will be Tuesday, September 14th, at 11AM at Valley Memorial Park in Novato. There will be a tribute to his life with many laughs followed by burial and reception. Masks and COVID vaccinations required.

In lieu of flowers, Terry would love if you made a donation to St Anthony's Dining Room in San Francisco.
Published by San Francisco Chronicle from Sep. 11 to Sep. 14, 2021.
To plant trees in memory, please visit the Sympathy Store.
MEMORIAL EVENTS
Sep
14
Celebration of Life
11:00a.m.
Valley Memorial Park Cemetery, Funeral Home, Crematory and Reception Center
650 Bugeia Ln., Novato, CA
Funeral services provided by:
Valley Memorial Park Cemetery, Funeral Home, Crematory and Reception Center
MAKE A DONATION
MEMORIES & CONDOLENCES
Sponsored by Valley Memorial Park Cemetery, Funeral Home, Crematory and Reception Center.
4 Entries
Terry was a genuine good person. He was so much more than a BiRite rep to and for me, he was a friend. He will be missed god bless his soul
Eddie Savino
Work
September 13, 2021
We are so saddened by Terry´s passing yet enjoying sharing memories of happier times like when he was best man at our wedding and when our daughters were babies together, spending New Years at Stinson...
Frances and Chad Ertola
Friend
September 12, 2021
Missing you Mr. Berger. Have a few laughs with Rolfe. Aloha my friend.
Chad
September 12, 2021
So sorry to hear of Terry´s passing. I have fond memories of the Refectory days and was always happy to see his smile during his time as our BiRite salesman at Sam´s. Sincerely, Brian Wilson
Brian and Candy Wilson
Work
September 12, 2021
Showing 1 - 4 of 4 results