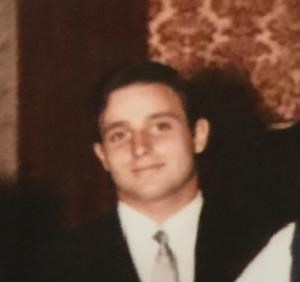 BORN
1947
DIED
2016
Thomas Raymond Alioto Thomas Raymond Alioto, born in San Francisco on February 9, 1947 to Angelina Genaro Alioto and former Mayor Joseph L. Alioto, died peacefully on March 21, 2016 in Danville, California. Thomas was recently diagnosed with cancer. Thomas' only child, Angelyn Alioto-Ridgway, was present at the time of his passing. Angelyn is the daughter of Thomas' former wife, Nelda Jones, and the mother of his two grandchildren, Micah Josiah Ridgway (15) and Christian Giovanni Ridgway (13).
Thomas attended pre-school at the Convent of the Sacred Heart. He attended grammar school from kindergarten through eighth grade at St. Vincent de Paul. He graduated from St. Ignatius High School and attended St. Mary's College.
In business, Thomas traveled to Luxembourg in the mid-1960s where he worked as a trader under the tutelage of Henry J. Leir, a European industrialist and client of Thomas' father. There, Thomas became skillful in the arbitrage of international currencies. He was also the sole proprietor of two espresso coffee shops in San Francisco, both called "Café Continental." One was on Bush St. and the other on Broadway St.
Thomas was a firm believer in astrology and for many years he would meticulously prepare astrological charts for himself and his clients. And he greatly admired the French Jesuit Teihard de Chardin. He read and re-read Teihard's scientific, philosophical and theological works.
Also present at the time of Thomas' passing were his siblings, Lawrence E. Alioto, Joseph M. Alioto, John I. Alioto, Angela M. Alioto and Michael J. Alioto. Fabio Giotta was present as well. Fabio played some Italian songs on his accordion for Thomas' February 9th birthday which Thomas greatly enjoyed. Thomas' nieces, nephews and cousins of the Veronese, Presti, Scarpulla and Papale families visited Thomas in Danville during his illness.
Thomas loved to make people laugh and he acquired friends wherever he went.
The visitation for Thomas Alioto will be held at Saints Peter and Paul Church at 666 Filbert Street on Monday, March 28th at 10:00 a.m. with the funeral mass at 10:30 a.m. Burial to follow at Holy Cross Cemetery in Colma.
To plant trees in memory, please visit our Sympathy Store.
Published by San Francisco Chronicle from Mar. 23 to Mar. 27, 2016.
MEMORIAL EVENTS
Mar
28
Visitation
10:00a.m.
Saints Peter and Paul Church
666 Filbert Street , CA
Mar
28
Funeral Mass
10:30a.m.
Saints Peter and Paul Church
666 Filbert Street, CA
MEMORIES & CONDOLENCES
13 Entries
Death's sting is unbearable. Healing begins with the God who will mend your broken and crushed hearts. He will help you, because he cares for you.
N
April 27, 2016
I picked up the paper at a Coffee Shop located at Diamond Heights last week and came across an obituary column and noted to my surprise that Tom Alioto had passed. My prayers for his soul and my condolences to his Family. I didn't know him very well but I would drop his place on Union Street for Coffee and go about my business. At one of those times, he came up to me and talked me into joining him for an interesting Astrology Session. In any event, he was a pleasant person and had a great deal of interest in Theology and Metaphysics. I'll remember him in my prayers.
Alexander Mitchell
April 10, 2016
My condolences for the loss of your loved one. The emotional pain felt from death is difficult to bear. But God has promised to strengthen us during difficult times. 1Pet 5:6
March 30, 2016
Tom was my first love and will always be in my heart. We were so young and I have many good memories of my youth. I will always hold him near and dear to me. I am sending my best wishes to the Alioto family. I am sorry that I couldn't attend today, but there in spirit and all my love.
Katherine Weiss
March 28, 2016 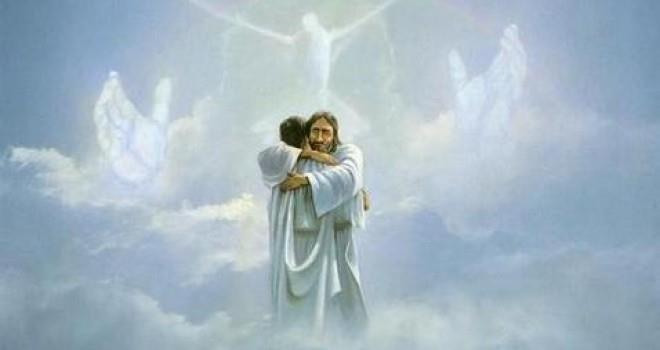 May Thomas enjoy the beatific vision of his Eternal Father and behold the Holy Face of Jesus and feel the loving light of the Holy Spirit as he enters into eternal life. He will join his beloved family in heaven under the Maternal gaze of the Blessed Mother and the Paternal comfort of Holy Saint Joseph. I pray that the gift of tears relieve the angst and the suffering of your grief. Be assured of my unceasing prayers for the Alioto family.

Blessings,
Deacon Christoph Sandoval
March 28, 2016
My thoughts and prayers are with you in your time of grief. May your memories bring you comfort.
March 28, 2016
To the Alioto family,

Our deepest sympathy on the loss of Thomas. We will always remember his vibrant personality. May he rest in peace. With our love.
Martha and Tom Oddo
March 27, 2016
Our thoughts and prayers are with you in your time of grief. May your memories bring you comfort.
Bob& Maryann Balestrieri
March 27, 2016
Angela and Family, We are so sorry in the Passing of Thomas. He was taken way to soon. Our sympathy and prayers are with you all and may he now be at peace. God Bless, Tina and Angela and the Canepa Familyn
tina canepa
March 25, 2016
My condolences to your family. Your dynamic personality will always be remembered. I recall your grandmother, Mama, saying that you could sell anybody anything. Rest in peace, dear Tom.
Justine Fahy Shaw
March 24, 2016
Your family have my deepest condolences. Read Act 24 : 15.
March 24, 2016
You will be remembered with fondness ...Jane Devine Doud
March 23, 2016
God bless you Tommy. RIP.
Lynn Sanchez
March 23, 2016
Showing 1 - 13 of 13 results