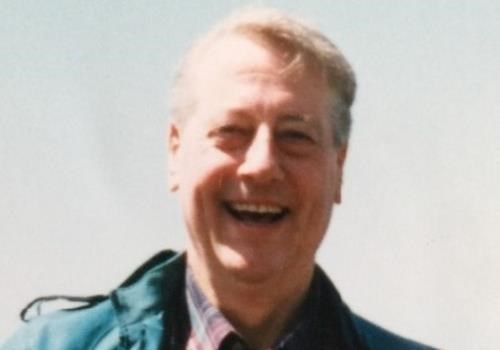 Our dear friend, Tom Coulter, passed away Thursday, March 30, 2017 at Mills Peninsula Hospital, from complications of pneumonia and a bacterial blood infection. Tom was born in San Francisco to Don W. and Wilna Coulter on November 23, 1944. He had two older brothers, William Dubbin, and Don Coulter, both preceded him in death. Tom has one surviving younger brother, Jim Coulter. Tom is also survived by his three nieces, Allison, Carolyn, Kelly and a nephew, Chris.

Tom's family relocated from San Francisco to San Carlos when the kids were young, and Tom graduated from Carlmont High School in 1961.
After having a few jobs in the San Carlos area, Tom started a career with PSA airlines in 1967. He was a Station Clerk in San Diego and went onto be one of the "best Sales Reps for PSA", according to Jim Patterson, VP Operations for PSA. Tom was also the "Grinning Bird" mascot for PSA airlines, he loved to be on stage and entertaining.
After being laid off from PSA, Tom decided to try tending bar. He was a natural. Again, he was onstage. He performed 4 nights a week at Windows on Chestnut and his performances included an amateur magic show. He would ask new customers to be his sidekicks for his tricks which would make them cringe but delight the regulars, who have seen the show time and time again and knew the outcome. The sidekicks were the ones who actually made the show.

In August of 1987, Tom bought his first bar with fellow Windows bartenders, Rene Lacore and Judy Louch. The little bar on Geary called The Nag's Head, became a big hit in no time and was able to facilitate the purchase of the bar Glen Park Station on Diamond St., in June of 1990. Judy decided to move to San Diego, so The Nag's Head was sold and she was bought out of Glen Park Station. The Philosophers Club in West Portal, came up for sale in 2000, and was purchased by Tom, Rene and another partner, Chris Bolger. But in 2004, Rene decided to move her family to North Carolina, Chris wanted to move back to the Northeast and the bar was sold to Tom and Richard Donahue, who own the Marina Lounge, but call the West Portal home.

In 2006, Tom realized he had a problem with alcohol and joined AA, and even being in the bar on a daily basis, the bar was never a "trigger" for him. He could recognize in some customers a potential problem brewing, and would take them under his wing and be a sounding board for them and even take them to meetings if they were so inclined. He was not a pushy reformed alcoholic, but a concerned for others AA member.

Tom and Rene have remained best friends and business partners for over 29 years. Tom was never married, but called Rene "the best wife I never had". He treated her two children Michael, now 27 and Catherine, 26, like his own from the time they were born. From taking Catherine to art and pottery lessons, and Michael hiking and on many trips to Fort Funston to watch the hang gliders, volunteering for their classroom field trips and taking them Mothers Day, birthday and Christmas shopping for their mom, he was always there for them.

But, Tom was that way with everyone. He was there for anyone and everyone that needed him, at anytime, night or day. He would always say, "call me any time, even in the middle of the night, I have to answer the phone anyway…" He will truly be missed by all who knew him.

A Memorial for Tom will be at Glen Park Station, 2816 Diamond St, San Francisco on Saturday April 15th. Tom has stated for the last 20+ years, he wanted his memorial "from 6 to 9 am, because only my true friends would show up!". There will be another memorial on the same day from 1 to 5pm for the true friends that can't make it at 6am.
Published by San Francisco Chronicle from Apr. 8 to Apr. 9, 2017.
To plant trees in memory, please visit the Sympathy Store.
MEMORIAL EVENTS
Apr
15
Memorial service
6:00a.m. - 9:00a.m.
Glen Park Station
2816 Diamond St., San Francisco, CA
Apr
15
Memorial service
1:00p.m. - 5:00p.m.
Glen Park Station
2816 Diamond St., San Francisco, CA
MAKE A DONATION
MEMORIES & CONDOLENCES
11 Entries
My name is Fred Atkinson, and I lived near Tom, on San Carlos Avenue, in San Carlos in 1950. We became close friends and hiked throughout San Carlos, including the hills. We hiked and rode bicycles and searched the creeks and mineral canyons like Red Rock Canyon and Eagle Rock. Tom and I were the first to discover gold in the Carlos hills, and were never credited for the find. We discovered buried Spanish Doubloons on a property close to ours, and of course we never got credit for the find. Spanish Doubloons are very large copper coins about four to five inches in diameter. We attended Arundel grammar school from the first to sixth grade, Tierra Linda Middle School, and Carlmont High School. We both graduated from Carlmont High School in June of 1962. Since then we went in separate directions, and I've had limited contact with him. The last contact I had was a letter from him encouraging me to attend our fifty year Carlmont reunion. He offered to drive to Sacramento, where I live, to give me a ride to the reunion. My life is based on caring for horses: general caring, and training, and even one day away can be costly, so I was unable to attend. I'd like to visit his grave to show my respects.
Fred Atkinson
Friend
December 3, 2017
I worked for Rene and Coulter in the 80's
What good people
Coulter was larger than Life
Fun, sensitive, caring and wise
I always loved his saying
" Thanks much "
And thank you Coulter for wonderful times and find, find memories
john twomey
June 23, 2017
I knew Tommy from the early days at Window's in the Marina. I will miss him.
John Harris
April 15, 2017
Tom always greeted me with a smile and kiss. I will miss him and remember him every time I think of GPS.
Catherine Pearson
April 12, 2017 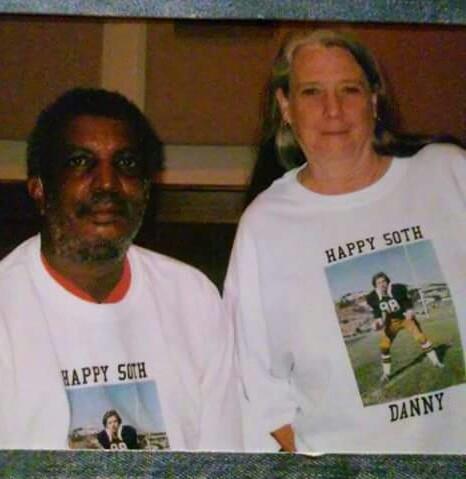 Words are not important right now. Tom knows exactly what I mean. Hugs forever and a day...
IT WAS A DARK AND STORMY NIGHT.,.
❤
Kathie Juri Young
April 12, 2017
What a wonderful man. He always took time to acknowledge folks and share his wisdom & humor. I am truly thankful for having met him. A true gentleman with class & heart.
Mark Santora
April 11, 2017
Tom was a wonderful guy. Years ago my sister and I were walking on Ulloa by Phillys. Had never met Tom before. As we walked by he said "Hey girls there is a really good looking bartender working today you should stop in" when we went in to see in comes Tom goes behind the bar and says what can I get you ladies.
Kathleen Gallagher
April 11, 2017
I will miss the rose but I will miss you most of all.
Leslie Russell
April 11, 2017
Prayers to a Great Bartender!!!! May you Rest In Peace....
Michael Bishop
April 11, 2017
Tom you were a true gent! Always had a smile, always had a welcome to everyone in his presence. You were larger than life, leaving a positive impact on so many lives over the years. My memory es of you will always be good ones. God speed my friend!
Des-D
April 11, 2017
What a wonderful tribute to a man who touched so many people's lives. Rest In Peace Coulter. Godspeed.
Julie Steele
April 10, 2017
Showing 1 - 11 of 11 results