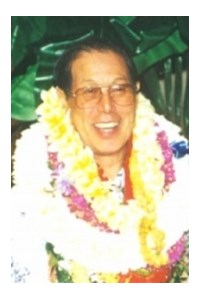 BORN
June 15, 1917
DIED
May 29, 2011
Wally Jay of Alameda, California passed away peacefully Sunday, May 29th in Redwood City, after having suffered a stroke four days earlier. Born Wah Leong Jay in Honolulu, to Tim Chang and Albert Yat Jay, he was the third of six siblings: Mew Quon Ho of Honolulu, Mew Yung Chu of Honolulu and Alfred Jay of Honolulu, Elsie Sniffen of Alameda and John Jay of Alameda. A long-time resident of Alameda, Wally was 93 years old. He is survived by his wife of 71 years, Bernice Jay and children: hanai daughter Winona Purdum (John) of London, Ohio, Alberta Jay of Alameda, Alan Jay (Pam) of Alameda, Antoinette Mussells (Jim) of Orinda, and Leon Jay (Sandra) of Epsom Downs, England, fifteen grandchildren, six great grandchildren, nieces and nephews and many thousands of students/friends worldwide. He was a devoted husband, father, grandfather, great grandfather, renowned judo coach/instructor, Founder of Small Circle JujitsuTM, author and a U.S. Postal Worker. Professor Jay was an internationally recognized martial arts living legend. A celebration of life services will be held at 1:00 pm Sunday, June 26th, at Kofman Auditorium, Alameda High School, 2200 Central Avenue, Alameda. Casual Hawaiian Attire. In lieu of flowers, donations may be made to the Professor Wally Jay Scholarship Fund, Post Office Box 2246, Alameda, CA 94501 A full obituary may be seen at the official Small Circle JujitsuTM website: www.smallcirclejujitsu.com Please visit www.legacy.com Mahalo, The Jay Family
Published by San Francisco Chronicle from Jun. 13 to Jun. 14, 2011.
To plant trees in memory, please visit the Sympathy Store.
MEMORIAL EVENTS
To offer your sympathy during this difficult time, you can now have memorial trees planted in a National Forest in memory of your loved one.
MAKE A DONATION
MEMORIES & CONDOLENCES
11 Entries
Thank you Professor, what you taught me has done me well through out the years.
Robert Malloy
July 11, 2011
Dear Bernice and family,
I was so sadden to hear about Wally's passing. He was such an extraordinary individual who touched so many hundreds, if not thousands of peoples live. Through his many kindnesses and generous spirit, I am a much better person for having known Wally personally. I will always remember the "finger hold" he taught me. Simply amazing! I wish you and your family my warmest and sincere condolences. Wally will always be in our hearts. Fondly, Janice Lee of Edward Jones
June 22, 2011
I helped develop and organize Jujitsu America. I am very proud to be a Charter Member of Jujitsu America. It is time to celebrate the life of Prof Wally Jay.
He lived a full life and was very successful. Wally always shared his love for others. He had a good heart and good mind. Wally also had a sense of humor.
He told me that when I am coaching my students to try to cultivate the feeling of rhythm during their practice. I will miss him.
Mickey Davenport
June 22, 2011
Thanks for all teaching and send your positive message to all of us.This is from All Brazilian Jiu-Jitsu fighters and practioniers.Thanks Wally for all your teaching.OBRIGADO
Sergio Silva
June 21, 2011
Every memory I have of Professor is a wonderful lesson in life, living and giving. He shared himself so selflessly with so many. I will miss him very much and always treasure the times I spent in his company.
All my best to Bernice and Leon and the rest of the Jay family!

Rick Robinson
Rick Robinson
June 20, 2011
wishing you farwell Prof Wally Jay. You taught me always innovate when practicing Judo and Jujitsu. You will always remain in my heart and mind.
Mickey Davenport
June 18, 2011 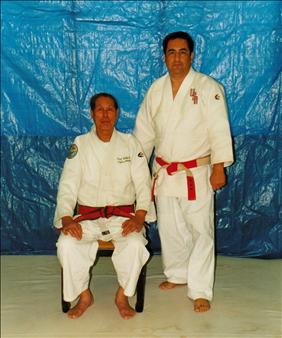 Prof. jay has been one of the most important mentors for me and many others,on the mat and off. It was always good fun to by with him,you didn't need to be on the mat to always learn something from him.
the Dojo was were ever he put his feet down.
He was my Okazaki,

James Muro
James Muro
June 17, 2011
Much thanks to Professor for the spirit of Ohana. Always sharing-Always gracious. A great man who treated all of us as friends. I leave the rest to those who knew him better. Signed with prayers for The Jay family and Professor’s students.
Maureen Renaud
June 16, 2011
Sorry for the loss of this very special person.
Please find comfort in the assurance from God that soon there will be no more
sickness no more death.
Hope this brings hope and strength to the family at this time.
E. Campbell
June 14, 2011
Celebrating a life well lived. We will cherish the memories forever.
Pedro & Dolores Carrillo
June 14, 2011
Professor taught my family & me one of life's most important lessons, and it had nothing to do with Jujitsu.
At a banquet, where assigned seating went from Most Important in front to Least Important in back, Professor Jay was inexplicably seated in the VERY back of the room at our table. When this mistake was discovered, he was offered a seat in the front row -- and without even pausing to think, he declined, and one of the giants of the sport stayed to dine with us! My [now grown] children & I have never forgotten this example of class, dignity, and absolute good manners.
Our sympathies to your treasured family -- after 93 powerful years, rest in peace, Professor Jay.
Lynn, Jack, Joe, Laurel, & Charlie Wilton
Lynn Wilton
June 14, 2011
Showing 1 - 11 of 11 results