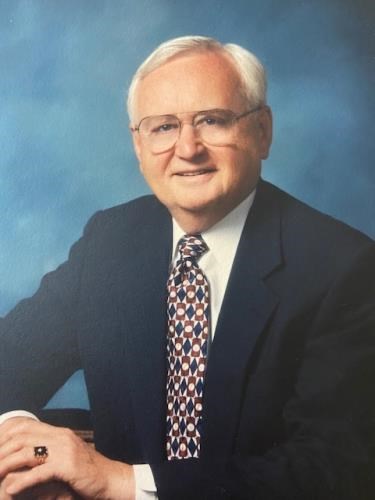 FUNERAL HOME
Queen of Heaven Cemetery and Funeral Center
1965 Reliez Valley Road
Lafayette, CA
William E. Crain
August 27, 1929 - September 5, 2021
William Edwin ("Bill") Crain of Pleasanton, CA passed away on September 5, 2021. Bill was born on August 27, 1929 and was the third of four children born to John and Hildur Crain in Duluth, Minnesota. He is survived by his wife of 68 years, Jean Grandmaison Crain and his seven children Lisa (Jim) Gruber of Jolliet, Montana; Laurie (Mike) Palmer of Alamo, CA; Brad (Chris) Crain of Whidbey Island, Washington; Janet (Mark) Quillin of San Ramon, CA, Jeanne (Bob) Pavao of Discovery Bay, CA; Cathleen Blatt of Clayton, CA and Dr. Chuck Crain of San Carlos, CA. He is also survived by his 12 grandchildren Casey, Clay and Celie Gruber, Brittany and Michael Palmer, Madison and Teague Quillin, Lindsay (Pavao) Terry and Kelsey (Pavao) McNamee, Sydney (Blatt) Cantley and Steven and Kayla Blatt. He is also survived by 9 great grandchildren and by his sister Pat Diesen of Duluth, MN, brothers-in-law Dan Grandmaison of Duluth, MN and Tom Grandmaison of Minneapolis, MN and many nieces and nephews.
Bill was a native of Duluth, Minnesota. He attended St. Clement's and Duluth Cathedral High School, achieved the rank of Eagle Scout and was active in football, boxing and ski jumping. Bill served in the US Air Force from 1947 through 1950 during which time he travelled extensively around the world and served as Crew Chief for the newly formed USAF Aerobatics Team, now known as the Thunderbirds.
Bill married the love of his life Jean, also a Duluth native, in 1953. He graduated from the University of Minnesota at Duluth with Bachelor's degrees in business, economics and geology where he also received a Master of Science degree in geology. Following his passion for geology, he joined Standard Oil Company (now Chevron) in 1957 as an exploration geologist. With their growing family, Bill and Jean lived in Montana, Louisiana, Alaska and California. Prior to their move to Pleasanton in 2013, they were long time residents of Blackhawk, CA. By the time of his retirement in 1994, Bill was on the Chevron Board of Directors and served as Vice President of Chevron Worldwide Exploration and Production.
Always committed to earth science education, Bill served as a director of the American Geosciences Institute Foundation, the San Francisco Exploratorium, and the National Oceanic Industries Association. He was chairman of the Stanford University Earth Sciences Advisory Board and a member of the American Association of Petroleum Geologists, the Society of Exploration Geologists and the World Affairs Council. Bill received numerous awards and accolades for his work in supporting secondary school earth science curricula.
Bill had many passions and interests including golf, skiing, boating and international travel in numerous countries with Jean. However, his greatest joy and source of pride were Jean, his children and grandchildren who adored him. Ever humble, Bill had a knack for connecting with people and bringing out the best in others. His family and friends are deeply saddened by his passing and forever grateful for the time they spent with this special man.
Visitation and Memorial Liturgy Service to be held Tuesday, September 21, 2021 at 10:30 a.m. at Queen of Heaven Catholic Cemetery & Funeral Center, 1965 Reliez Valley Road, Lafayette, California. In lieu of flowers, the family asks that donations be sent to the American Geosciences Institute Foundation.

Published by San Francisco Chronicle from Sep. 14 to Sep. 15, 2021.
To plant trees in memory, please visit the Sympathy Store.
MEMORIAL EVENTS
Sep
21
Service
10:30a.m.
Queen of Heaven Cemetery and Funeral Center
1965 Reliez Valley Road, Lafayette, CA
Funeral services provided by:
Queen of Heaven Cemetery and Funeral Center
MAKE A DONATION
MEMORIES & CONDOLENCES
Sponsored by Queen of Heaven Cemetery and Funeral Center.
1 Entry
Jean and family One of the truly kind, generous and thoughtful people we have ever had the pleasure of knowing. Bill was the best boss I had in my time working at Chevron. . When he hired me he joked that we must be related somewhere in our family tree so he was obligated to hire me. He and Jean welcomed us into their home and treated us like part of the family. I learned much from him, not the least of which is treat everyone as you would like to be treated, which he practiced everyday . I treasure the wonderful memories I have of him and feel grateful to have known such an extraordinary person. Thank you Bill & Jean
Cathy&Chris Crain
Work
September 14, 2021
Showing 1 - 1 of 1 results