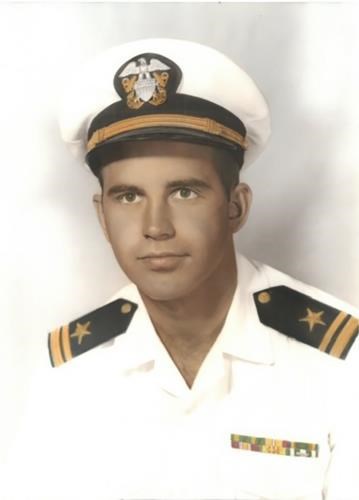 William (Bill, Willy) McKown, age 77, passed away peacefully at his home in Larkspur, CA on November 25, 2021, after a long courageous battle with Parkinson's Disease.
He was born on May 9, 1944, in St. Louis, MO to John T. and Anne Love McKown. Bill grew up in Denver, CO and was on the high school wrestling team, a sport he continued at University of Colorado at Boulder. Upon graduating, he joined the US Navy and attended the Officer Candidate School in Newport, RI. He served on the USS Mansfield DD-728, a destroyer in Vietnam. The discipline and patriotism he learned in the Navy never left him, as his family and friends will attest. After his service in the Navy, he earned an MBA from University of Southern California (USC) and started a 25-year career at Security National Bank in Los Angeles, later Security Pacific National Bank. He transferred to San Francisco with the Equipment Leasing Division of the bank. Bill retired early to travel and learned to play the bagpipes at age 50. He was a member of the Macintosh Pipe Band for over 26 years and a member of the St. Andrew's Society, a Lifetime Member of the Dolphin Club, a Dipsea Runner (he ran many triathlons), and was active in the American Legion Twin Cities Post 313. He was a long-time Elder at the Sausalito Presbyterian Church where he worked tirelessly on the House and Grounds Committees. Bill was a licensed pilot and enjoyed skiing, playing tennis, golf, ping pong, and horseshoes. Woodworking and stacking rocks were his favorite hobbies and brought joy to many. A volunteer for many years as a King Mt. Green Gorilla making trails and clearing brush for the Marin Open Space. A long-time resident of Larkspur, Bill was on many community committees and was Larkspur Citizen of the Year. He is survived by his wife, Brenda, brother, Peter (Ken) of Denver, CO, brother-in-law Allen (Sandy) Brock of Littleton, CO, nieces Sarah (Jake) Edson, Centennial, CO., Laura (Colin) Berta of Lake Oswego, OR. and many cousins and friends. He was predeceased by his parents, his brother John, and his sister Martha Brock. The family wishes to thank Dr. Maya Katz, Dr. David Ogden, Dr. Lisa Oei, Rev. Paul Mowry and Hospice By the Bay for their wonderful care and support. A Kirking of the McKown will be held on Saturday Feb. 5 at 2:00 PM at the Sausalito Presbyterian Church; reception to follow at The Spinnaker. Please park there and shuttle to the church. The service will also be live on Zoom; for the link, email [email protected] In lieu of flowers, donations would be most appreciated to pd-connect.org, macintoshpipeband.org or Sausalito Presbyterian Church.

He was a kind and loving man and a warrior to the end…fair winds and following seas. 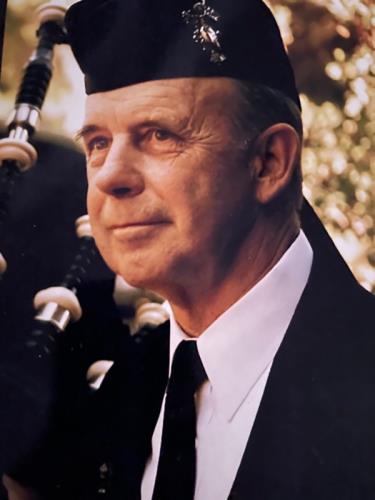 Published by San Francisco Chronicle from Jan. 14 to Jan. 30, 2022.
To plant trees in memory, please visit the Sympathy Store.
MEMORIAL EVENTS
Feb
5
Service
2:00p.m.
Sausalito Presbyterian Church
CA
MAKE A DONATION
MEMORIES & CONDOLENCES
4 Entries
Dear Brenda I was so sad to hear the passing of Bill.I will always have that wonderful memory of when Phillip and I meet you both on the river cruise through France.Bill was always so uplifting with a smile on his face everytime we would meet up.My heart goes out to you and your family . God Bless and stay safe Deb from down Under your Aussie friendxxx
Deborah Stubbs
January 18, 2022
I was a relatively new friend of Bill's. I've known him for only 48 years. But, that's the way Bill was...once a friend, forever a friend. We worked hard and played hard. Together we skied, backpacked, ran marathons, and shared many memorable moments. But my most lasting memory is his courage and attitude during his battle with Parkinson's...never a complaint, always upbeat, and wanted to know how you were doing first. A true gentlemen, patriot, and friend.
Rob Andreae
January 17, 2022
Brenda, You are in my thoughts and prayers at this difficult time. Cy
Cyril F Moore
Friend
January 16, 2022
In loving memory of you, Bill. It was great being in the MacIntosh Band with you for so many years. You are in my thoughts and prayers.
Betty Clyde
Other
January 16, 2022
Showing 1 - 4 of 4 results