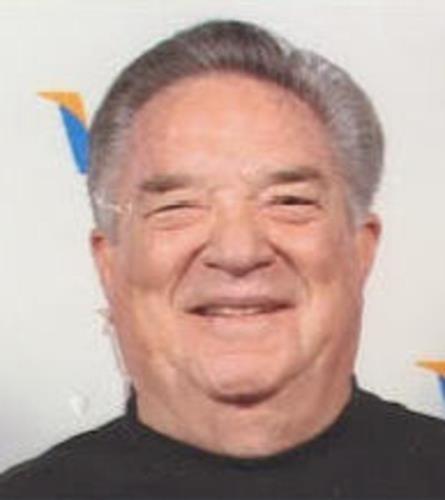 Bill attended George Washington High School and, following in his father's footsteps, became a union plumber with Local 38 immediately after graduation. He worked for the San Francisco Water Department for 30 years, where he became an accomplished union leader and cultivated lifelong friendships. Bill loved fishing, taking trips to Reno, and being surrounded by family and friends.

Friends may visit Thursday, January 26, 2017 from 6:00pm-8:00pm at Saint Gabriel's Church, 2559 40th Avenue, San Francisco where a rosary will commence at 7pm. A funeral mass will be celebrated Friday at 11am, also at Saint Gabriel's. Interment Holy Cross Cemetery. In lieu of flowers, donations can be made to Immaculate Conception Academy: 3625 24th Street, San Francisco, 94110 where a memorial scholarship will be established in Bill's name.

Published by San Francisco Chronicle from Jan. 21 to Jan. 22, 2017.
To plant trees in memory, please visit the Sympathy Store.
MEMORIAL EVENTS
Jan
26
Visitation
6:00p.m. - 8:00p.m.
Saint Gabriel's Church
2559 40th Avenue, San Francisco, CA
Jan
27
Funeral Mass
11:00a.m.
Saint Gabriel's
CA
Funeral services provided by:
Duggan's Serra Mortuary
MAKE A DONATION
MEMORIES & CONDOLENCES
Sponsored by Duggan's Serra Mortuary.
17 Entries
I have been retired for over 10 years and I still credit Bill for being able to financially enjoy my retirement. Thank you Bill. You are always in my prayers.
Bob Majoulet
Friend
January 16, 2020
Dear Chris, I am saddened by the loss of your dear Bill. My prayers are with you and your family during this very difficult time. I know your family will be a comfort to you, as well will be the precious memories you hold in your heart of the many blessed years you and Bill had together. I know Bill made your heart smile, as I also know he left footprints in so many other hearts. I am thankful for the business relationship Bill and I shared, as well as the Industry social times when Bill and my Mark enjoyed times together. May God be with you. Love, Sonia Day, Prescott, Arizona
sonia day
January 28, 2017
Our prayers to the Olinger family and many friends.

Mr. Olinger left a huge legacy it was very evident by the many people who attended to his services. He was always of service to everyone who needed help. He was a true San Franciscan who really enjoyed good food and good times! The SFWD's yard ran like clock work under the direction of Mr. Olinger, Mr. Sutter and other great men that came up through the ranks in their trade earning their promotions. These men created a workplace that taught their co-workers the meaning of team work, friendship and loyalty. Mr. Olinger understood a person's need to be given an opportunity to work hard and become a member of the
community. His power came from the huge heart he had towards others and his willingness to be of service to everyone. He is dearly missed.

Frawley and Sylvia Lynch
January 27, 2017
Our prayers are with you and your family during this difficult time.
January 26, 2017
My sincere condolences to chris Billy bobby and all the olinger family Rest In Peace Bill you really deserve it thank you for your leadership your friendship and your advice you have helped so many in not only our careers but in the lifelessons you instilled no doubt you made a lot of people's life better cuz you were in it thank you for all you have done for us at SFWD you will surely be missed by all who knew you

Jtoner
Jim Toner
January 26, 2017
May God bless you and your family in this time of sorrow.

In your hands, O Lord, we humbly entrust our brother Bill. In this life you embraced him with your love; deliver him now from every evil and bid him eternal rest.

John Gerbich
John Gerbich
January 25, 2017
Chris and family, Bonnie and I were saddened by the news of Bill's sudden passing and offer our sincere condolences to all of you. We have many fond memories of the good times we shared and he will truly be missed. Bill and I often enjoyed lunch dates together and I will always remember when he would invite me to lunch and drive to Costco for a gallon of orange juice, eating all the samples offered in the store as we walked through the departments. When we returned to the car, he would tell me we wasted all of our time and he was too full to stop for lunch now. A good friend to everyone, he will genuinely be missed by all who knew him. God bless you.

Steve and Bonnie Van Dyke
January 25, 2017
"Bill was a wonderful and fair person to work for at the SF Water Dept." You will truly be missed.
Susan Hansen
January 24, 2017
To a loving husband, father, grandfather & Local 38 brother & friend for 55 years. The wonderful times and your graciousness have blessed our families lives forever. Our hearts go out to Chris, Billy & Bobby. Our family always had such fun times up at Konocti Harbor.
Dennis & Sharon Brock Post Falls Idaho
Dennis Brock JR Vancouver BC
Sharon Brock Port Moody BC
Peace in the Valley
Dennis & Sharon Brock
January 23, 2017
Bill was a kind and wonderful man, a great friend to the entire Belway family, and a true Richmond District legend. Bill - you will be missed.
Tony Belway
January 23, 2017
dennis brock
January 22, 2017
I'm writing this on behalf of my father Lou Baccetti who passed away in 2007. He often told me of the great times he had at the Water Department with Bill Olinger. He always spoke very highly of him. They are both together again in heaven. My condolences to the Olinger family.
Ken Baccetti
January 22, 2017
Rest In peace Bill, you will be missed by all your local 38 brothers, condolences to your family
James Bruciati
January 22, 2017
A wonderful man full of life and a generous spirit. He will be missed by many friends. May he rest in peace with God's goodness. He certainly was kind to everyone he met. Condolences to his wonderful family.
Dennis And Eileen Aicardi
January 22, 2017
Thanks for being a friend and for being responsible for my success at the water department. You will be in my prayers at every Sunday mass. You will be truly missed especially by all your union brothers.
Bob Majoulet
January 21, 2017
Bill was a public servant who pursued his service diligently and honestly. The key word for him being "service". He was also the best kind of union leader, advocating strongly for his membership but also consistently reminding them of their duties and obligations. Finally he was a lover of life and the people he encountered along the way. I was privileged to work with him for a year or so and he is one of those few who stick out in my memory as an all-around good guy.
Bob Badgley
January 21, 2017
Thank you Bill for being a friend and the person responsible for my success at the Water Department. I will always remember those nights when we stood side by side at the Union Meetings; you as President and me as Secretary. May you always remain in the arms of Jesus Christ. You deserve it.
Bob Majoulet
January 21, 2017
Showing 1 - 17 of 17 results