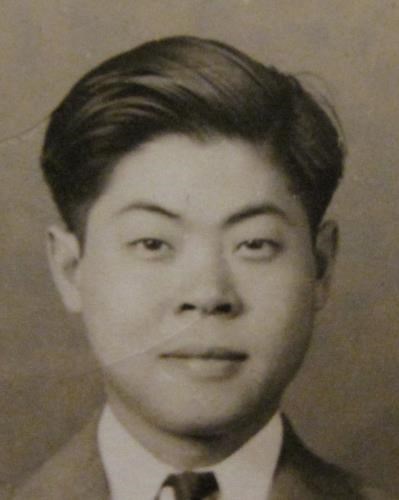 Wood Moy was the son of Dong Dubb Moy and Mee Yung Oy. He was born in Canton City, China in 1918 and came to the United States in 1921. He attended St. John's University in Shanghai but returned to the United States in 1937 after Shanghai was attacked by Japan. He earned his Bachelor's degree from New York University in 1941.
Woody served in the U.S. Army's 987th Signal Company during World War II from 1942-1945. The 987th was one of two all-Chinese-American companies. During this time he traveled to India and Burma as a medical technician and a radio repairman.
In 1947 Woody, his future wife, Mamie Louie, and his future brother-in-law, Henry Louie drove from Cleveland to San Francisco in order to expand East Wind, their magazine that chronicled the Chinese-American experience. Shortly after arriving in San Francisco, Woody and Henry founded East Wind Printers based in Chinatown. Woody and Mamie wed in 1947, and were happily married until her death in 2007.
Woody lived a full and rewarding life. He may best be remembered as a pioneer in the Asian American Theatre Company. He joined the company in 1972 and soon was acting in movies, plays, and TV. His defining moment was playing the lead in the critically acclaimed 1982 movie "Chan is Missing". His passion and dedication to acting overflowed into his life in general. He was a generous, gentle, and loving father. To friends and acquaintances, his even temperament was a joy.
He is survived by children Lincoln Moy (Yvonne), Kenneth Moy (Hang Wah), and Cynthia Attiyeh (Michael) and grandchildren Brian, Matthew, Jacqueline, Travis, and Quentin. 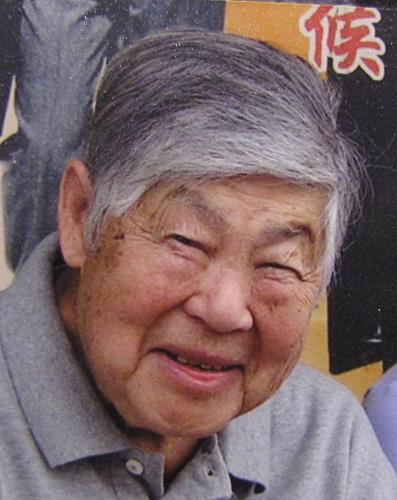 Published by San Francisco Chronicle from Nov. 23 to Nov. 26, 2017.
To plant trees in memory, please visit our Sympathy Store.
MEMORIAL EVENTS
To offer your sympathy during this difficult time, you can now have memorial trees planted in a National Forest in memory of your loved one.
MAKE A DONATION
MEMORIES & CONDOLENCES
8 Entries
During the time I worked at East Wind the highlight of almost every workday was lunch. We would all (3 or 4) go out to one of the local restaurants and it has left some treasured memories. Woody liked to tell stories of his days in NYC or special moments he was enjoying with his sons. Cynthia's arrival was such a joy for him. He always spoke so fondly of Mamie. It was obvious that he did not just love her but was IN LOVE with her. I was so pleased that Woody and Mamie and Henry and Sylvia attended my wedding sixty years ago. They were role models for me by demonstrating what a good marriage can be.
Eleanor Fesunoff
Friend
November 17, 2019
My wife Virginia and I had the honor to be at Woody's family memorial on January 14. 2018. Woody was my older sister Sylvia Louie's brother-in-law so I remember him as this very kind and thoughtful man at various family gatherings. However, at yesterday's memorial upon learning of his early years and long interest in theater and film, I fully realized how modest and unassuming he was about his life and many accomplishments.

So I am reminded of Sherwin B. Nuland's words in his 1993 book "How We Die - Reflections on Life's Final Chapter"

The honesty and grace of the years of life that are ending is the real measure of how we die. It is not in in the last weeks or days that we compose the message that will be remembered, but in all the decades that preceded them. Who has lived in dignity, dies in dignity.
Curtis Joe
Friend
January 14, 2018
Wood was an amazing blend of passion, commitment, intelligence and most of all kindness. His generosity of spirit was a great gift to all of us who benefited both from his pioneering and his sharing his time and talent with us. Both he and Mamie brought light wherever they went. I am grateful to have known them both.
Judi Nihei
December 18, 2017
I'll always remember your and Aunt Mei's gentle natures, homemade Christmas cards and your visits to see us in Montreal and Atlanta. Rest In Peace, Uncle Woody.
Christine Allen
November 28, 2017
Being his youngest brother, we were separated by age and distance. That said, whenever we met he was always open, greeted us warmly and made us feel as family. He will be missed.
William Moy
November 27, 2017
Rest in Peace, Woody. While in my teens, I worked at East Wind from June 1958 to May 1960. Woody was the calming force vs. Henry's anxieties. Both were gifted artists and wonderful gentlemen. The whole family would help during rush jobs - Mamie, Sylvia, Eva, Dorthea. I shared in a special time - Henry meeting Sylvia resulting in marriage and family life for him in his 40's. Cynthia's arrival. My wedding and birth of a son. I cherish many lessons learned from Woody that have stayed with me my entire life. My husband and I had a chance to see him perform on stage in SF and spoke with Mamie and Woody afterwards. We looked forward to holiday greetings from the Moy's - always homemade and treasured. Truly a man for all seasons. Our condolences to his children and grandchildren.
Eleanor (& Nick) Fesunoff
Eleanor Fesunoff
November 26, 2017
A gentle man, observant, mindful, as well as an influential participant in the evolution of Chinese American culture.
Jeffery Chan
November 26, 2017
Condolences to family and friends. I knew him at AATC. A kind, gentle man. RIP, Woody
John Nishio
November 26, 2017
Showing 1 - 8 of 8 results