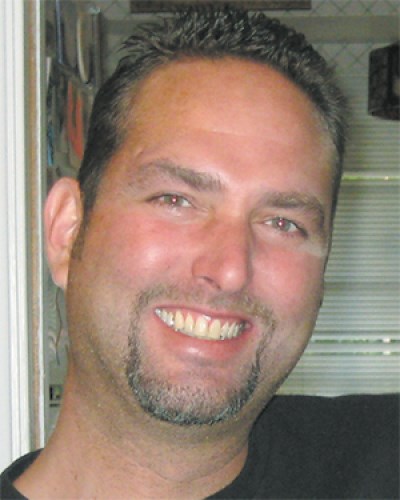 Peter Howard Abraham, beloved son, brother, nephew, cousin and friend, died on August 21, 2017. He fought a long battle against alcoholism and depression, and in the end, took his own life. Rather than focusing on how he left this world, the family asks that he be remembered for the light he brought to it. Peter was a sensitive and gentle soul who was cherished for his kindness and sense of humor. People who knew him say that his laugh, smile and heart will never be forgotten. Services are as follows: Vigil, Tuesday, August 29, 7:00PM, Cabot & Sons, Pasadena; Mass, Wednesday, August 30, 9:00AM, St. Luke Catholic Church, Temple City; Burial, immediately following the mass, Resurrection Cemetery, Rosemead.

Published by San Gabriel Valley Tribune from Aug. 26 to Aug. 27, 2017.
MEMORIAL EVENTS
MAKE A DONATION
MEMORIES & CONDOLENCES
8 Entries
The wonderful smile , and cheerful voice
inside can still be heard from with in .
You will Never be forgotten , and may you be blessed with eternal peace.
nicole daniels
September 7, 2017
I am so truly sorry. I loved Peter's heart. I will always remember joking with him and getting into our kind of "trouble". I will miss him so much. Your family is in my thoughts and prayers. At least we have one more angel watching over all of us.
Denise Ann Maynard-Prokop
Denise Prokop
August 31, 2017
Heartfelt condolences are extended to your family at this difficult time. Seek the love and support God provides to help you cope during this time - Psalms 29:11
August 29, 2017
May you find peace and comfort in the wonderful gift God has given us mentioned in John 3:16 during this time of stress. Draw close to God and he will draw close to you.
~ Gerald
August 28, 2017
Dear Don and family. My heart breaks for you with the loss of your dear son, Peter.
You are in my thoughts and prayers.
God bless.
John Kelly
Friend
August 26, 2017
I will never forget how much fun we had back when we were kids. I hope you have found your peace my friend.
Chris Mejia
Friend
August 25, 2017
RIP my friend
Neil
August 25, 2017
You will be truely missed my friend...I will never forget the times we shared...You were an amazing man...
Gina Meza
Friend
August 25, 2017
Showing 1 - 8 of 8 results