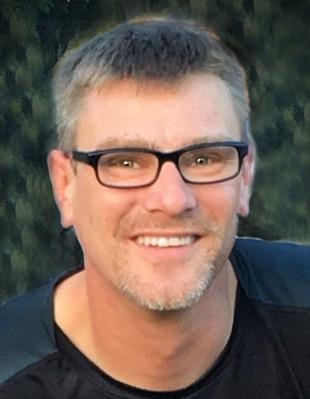 Brandon was born on November 11, 1981, in Sheboygan, WI to Daniel and Gabriele (Ninnemann) Roethel. He graduated from Sheboygan Falls High School in 2000. He received an associate degree in leadership and ministry from Kansas Christian College.

On July 6, 2008, Brandon married Janelle Montemayor at St. John's UCC. He was employed at St. John's UCC in Sheboygan as the Director of Faith Formation. He was a faithful member of the church and was active in various organizations at church. Brandon was also a Stephen Ministry Leader and helped teach confirmation classes. He enjoyed helping with fundraising for many other Christian groups as well.

He was a devoted father and was very involved with his children's activities; including helping with cub scouts and coaching soccer. Brandon was a large animal lover, enjoyed making people laugh with his wonderful sense of humor, and an avid Volvo buff.

Brandon had a huge heart and a desire to help those in need. He was generous with his time and showed compassion to all. He utilized his talents as chef to cook for many over the years; including the needy, sisters at the Dominican Convent and any who entered the various restaurants that he established or managed throughout his life. Brandon treated everyone the same; he believed there was good in everyone and had a special way of bringing out the best in anyone.

Brandon was preceded in death by all his beloved grandparents, Tom, Inge, Tony, Ginny, Ardon, Sylvia; and stepfather, Tom Covey.

A memorial fund is being established in his memory.

The Wenig Funeral Home of Oostburg (920-564-2771) is serving the Roethel family with arrangements.


Published by Sheboygan Press on Sep. 5, 2019.
To plant trees in memory, please visit the Sympathy Store.
MEMORIAL EVENTS
Sep
6
Visitation
4:00p.m. - 7:00p.m.
Wenig Funeral Home
108 Center Ave, Oostburg, WI
Sep
7
Visitation
9:00a.m. - 12:00p.m.
St. John's UCC
WI
Sep
7
Funeral service
12:00p.m.
St. John's UCC
1248 Lincoln Ave., Sheboygan, WI
Funeral services provided by:
Wenig Funeral Home
MAKE A DONATION
MEMORIES & CONDOLENCES
Sponsored by Wenig Funeral Home.
4 Entries
Richard Whitaker, Dan Murphy and myself (Karen Seward)are so sad at the loss of Brandon - a friend and co-worker at Whitefish Bay UMC. He was an amazing guy who demonstrated his faith by caring,helping others, being a good guy. He was a excellent cook. We enjoyed his friendship and food. Gone but not forgotten.
Karen Seward
October 1, 2019
Dear Diane & Dan,
I am so sorry to hear of your beautiful boy.
Thinking of you both during this sad, sad time.
Hugs,
Elizabeth Keller (formerly Wilson, from Nemschoff)
Elizabeth Keller
September 9, 2019
Roethel Family,
Please know my thoughts and prayers are with your family during this difficult time. I was Brandon's fifth grade teacher and even back then he had endless energy!!!! He stopped and visited me about 2 years ago and he absolutely hadn't changed from the student I remembered from 25 years earlier. God bless you during this difficult time.
Steve Timm
September 6, 2019
Janelle, I am so sorry to hear about Brandon. Holding you all in prayer. We are planning on seeing you on Saturday. There are so many memories that went along with his endless energy and mind that never stopped. Aside from his personality that always kept going and moving even when he was hospitalized, I suspect those limitless enormous Dunkin' Donut coffee drinks added to his energy.
Brandon did an amazing job when sharing his food and faith story with a group at the church. It wasn't something others had thought much about, but it was a natural fit for Brandon. My best,
Susan Patterson-Sumwalt
Susan Patterson-Sumwalt
September 4, 2019
Showing 1 - 4 of 4 results