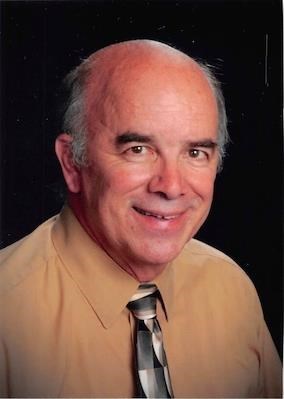 Sheboygan - Bruce W. Christenson, age 72, of Sheboygan, died unexpectedly on Friday, October 9, 2020 at Holy Family Memorial Medical Center in Manitowoc. He was born in Sheboygan on August 21, 1948, the son of the late Grant and Ross (Gillen) Christenson.

Bruce attended local schools and graduated from Sheboygan Falls High School in 1967. He attended UW-Sheboygan, where he met his future wife, Karen Paulson. Bruce went on to graduate from UW-Milwaukee with a degree in Criminal Justice in June of 1971. On July 17, 1971 he was united in holy matrimony to the love of his life, Karen Paulson at Our Saviors Lutheran Church in Sheboygan. Bruce was looking forward to celebrating his 50th wedding anniversary next year with his "Peenykins".

Bruce was a Police Officer for the City of Sheboygan from 1972 until his retirement in 2005. From 1982 on, he enjoyed his role as a Police School Liaison officer at Sheboygan South High School. Many future Liaison programs were modeled off of his program. In his years at South High School, he helped countless students and families, many of whom even now, continue to reach out to him to share how he impacted their lives. Bruce also started K&K Janitorial Services which he still presently owned. He was currently employed as an insurance agent at Jerry Heinen and Associates. He enjoyed his work with the Heinen family, especially his good buddy Emily. Bruce was a current member of St. Paul Lutheran Church in Sheboygan Falls. He was an avid hunter and especially enjoyed pheasant hunting in North Dakota with his son and hunting buddies. He spent countless hours working with his loyal hunting dogs Rusty, Sam, Buddy, and Libby over the years. Bruce also loved to spend time with his family and friends, and had a special relationship with his four grandchildren. Anyone who knew Bruce knew he had a very unique sense of humor and an enormous heart. We know that he would not want us to cry because he is gone, but instead smile because he made us laugh, and he was ours!

Survivors include his wife Karen, of Sheboygan; two children, Kelly Brotz, of Sheboygan and TJay (Julie) Christenson, of Milwaukee; four grandchildren, Aiden, Rylee, Brenna and Nolan Brotz; three brothers, Tod (Lisa) Christenson, of Sheboygan Falls, Mark (Candy) Christenson, of Manitowoc, Gig Christenson, of Waldo and a brother-in-law, Ralph (Judy) Paulson, of Racine. He is further survived by many nieces and nephews. The friends he leaves behind are far too numerous to mention but know the impact you had on his life. Bruce was preceded in death by parents and two brothers-in-law, Harvey, and Herb Paulson.

A funeral service for Bruce will be held on Saturday, October 17, 2020 at 3:00 p.m. at St. Paul Lutheran Church, 730 County Road PPP, Sheboygan Falls. Family and friends may gather at the church on Saturday afternoon from 12:00 p.m. until the time of service at 3:00 p.m. Burial will take place at Wildwood Cemetery. The funeral service for Bruce will be livestreamed and is available to watch at www.stpaulfalls.com

In lieu of flowers a memorial fund has been established in his name. A heartfelt thank you is extended to the entire staff at Holy Family Memorial Medical Center in Manitowoc.

Due to current health concerns please practice social distancing and wear a facial covering for the visitation and funeral service in the church.

The Reinbold-Novak Funeral Home is assisting the family with arrangements. Online condolences may be expressed at www.reinboldfh.com

Lori Nash-Kanitz
SFHS Class of 1969
Lori Nash-Kanitz
Friend
October 14, 2020
To the family of Bruce, especially Karen and the children and friends our condolences for your loss. Getting to know Bruce was a pleasure having worked with him for many years on the Sheboygan Police Department and became friends. Bruce had a personality that drew the best out of any conversations between us or anyone that would listen. After my retirement 32 yrs. ago our contacts became limited, however did see each other on occasion. I must say, the world has lost another dedicated public servant. God’s Peace to you Bruce.
LaVern
Friend
October 14, 2020
I met Bruce as a student at South High School in the late 80's. He was firm but fair, and would always take time to sit and listen to you if you needed an ear, give you advice if you asked for it, and be in your corner when you needed him to be. I will always remember him fondly, and I my condolences to his family and friends. He will be missed by many.
Jonelle
Student
October 14, 2020
Karen and Family,

Our deepest sympathy to you on the loss of our mentor and friend Bruce. For Dave, he had a nice relationship with Bruce while a student at South High. Bruce mentored Dave and guided him to FVTC in 1986. Dave went on to be a police officer in a nearby city. He always looked up to Bruce which was one of the reasons he sought such employment. For Carla, she worked with Bruce closely as a social worker at South for many years and has many fond memories. Together we enjoyed having Bruce as our insurance agent. He was so honest and friendly during our interactions. When we reminisce about Bruce, we just laugh and smile. What a wonderful legacy.

~Dave & Carla Vorpahl
Dave & Carla Vorpahl
Friend
October 14, 2020
May God bless you and your family in this time of sorrow. I knew Bruce as a liaison officer at South High School. Very nice man. Always had a smile on his face. Prayers come to your family for comfort & Peace.
Nancy A Krueger
Acquaintance
October 14, 2020
Showing 1 - 21 of 21 results