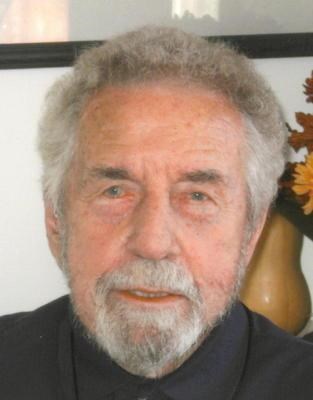 Fredrick (Fritz) Herman Zenk was taken to his eternal home on Thursday November 2, 2017. He was residing and being cared for at Majestic Heights Assisted Living, Hartford, WI. God brought Fredrick into this world through his parents Otto Friedrich August Zenk and Anna Mae (Miller) Zenk on July 3rd, 1920 at Sheboygan, WI. He was the oldest of four children, two brothers (Artie and George) and one sister (Virginia).

He grew up in Sheboygan, working as a paperboy, attending school and getting into good fun with friends. He played semi-pro baseball in Kansas with his brother Artie in 1939, made a solo trip to Hollywood to follow a dream. That dream wasn't realized, but it didn't stop him from having others. He traveled again to California and back and finished two years of college in 1940. He met the love of his life Veronica (Ronnie) Miller in 1941. Their romance was interrupted by World War II when he enlisted in the "All American 82nd Airborne Division" in 1942. He shipped off to Casablanca in 1943, did combat jumps into Sicily, fought in Italy, jumped behind enemy lines in the D-Day invasion in Normandy, France, jumped into Holland, participated in the Battle of the Bulge in Belgium and was honorably discharged in 1945 to return to civilian life. He reunited with the love of his life, Ronnie, and they were married on June 14, 1947. They were blessed with three children, Vikki Ellen, Terry Allan and Jodi Lynn.

He worked for H.C. Prange Company for a time and then worked at and retired from the Sheboygan Press advertising department after 35 years of employment. During that time he also had his own record company, Radiant Records, his own film company, Radiant Pictures, and he managed to write, produce and film a feature length documentary "Mark Twain on the Mississippi". He made sure family vacations were taken out west to the South Dakota Black Hills and his beloved Arizona desert. He made numerous advertising films for commercial packaging companies, performing the filming and editing himself. He went back to college, commuter style after work hours, at MATC (Milwaukee) to study film production while employed at the Press. After retirement, he worked for the local TV station in Sheboygan, running a camera, editing film, building sets or anything he could do to be of service, until he was 90, when they took away his key! He was a lifelong member of Our Savior's Lutheran Church in Sheboygan, serving wherever he could as Sunday School Superintendent, serving on boards and running the sound system in church for many years.

He was preceded in death by his wife Ronnie, both of his brothers and his sister.

Funeral Services for Frederick will be held at Our Savior's Lutheran Church, (917 Mead Ave., Sheboygan, WI 53081) on Monday, November 6 at 11:00 a.m. A time of visitation for family and friends will be held from 9:00 a.m. on Monday until the time of service.

In lieu of flowers, memorials to the Multiple Sclerosis Association of America are appreciated


Published by Sheboygan Press on Nov. 5, 2017.
To plant trees in memory, please visit the Sympathy Store.
MEMORIAL EVENTS
Nov
5
Visitation
9:00a.m. - 11:00a.m.
Our Savior's Lutheran Church
917 Mead Ave., Sheboygan, WI
Nov
6
Funeral service
11:00a.m.
Our Savior's Lutheran Church
917 Mead Ave., Sheboygan, WI
Funeral services provided by:
Shimon Funeral Home
MAKE A DONATION
MEMORIES & CONDOLENCES
Sponsored by Shimon Funeral Home.
2 Entries
I got a chance to meet Fritz several times while at the Sheboygan Press. What a terrific person and a true hero! So sorry to hear of his passing.
Bob Petrie
December 19, 2017
Vikki, Terry and Jodi I cannot attend your dads funeral or visitation but wanted you to know how very special he was. Such a vibrant man with so much zest for life! Always a smile on his face! When I think of Our Saviors, Fritz is the first person that comes to mind. He did everything there, but it has certainly changed, and hasn't been the same without him. My heartfelt condolences are with all of you at this time. By the way, I was the lead actress for one of his short films for MATC, if you find it.....well let's just say your dad was thrilled with it and got an A for his work but his leading lady was less than stellar!! Lol. My thoughts and prayers are with you at this time.
Kim Canisius- Hemsing
November 5, 2017
Showing 1 - 2 of 2 results