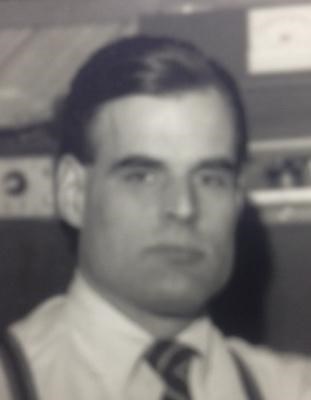 Hamilton Wesley Watt, Jr, 67, of Sheboygan, passed into heaven on Friday, February 20, 2015, after a 3 year battle with cancer.

Wes was born in Cleveland, OH, on April 22, 1947, the son of the late Hamilton Wesley Watt and the late Jean Grace Baker Watt of Cleveland, OH.

His family moved to Connecticut in 1949, where he and his sister, Bonnie, grew up and where he developed his love of music and guitar. He attended New Canaan High School a year, but moved with his mother and sister back to Cleveland where he attended Lakewood HS. At 17 he joined a local band, The Bushmen, and moved to Los Angeles and began his lifelong career in the music of rock, country, others, and also learned to play drums, sitar and banjo with various bands, traveling all over the country. Around 1968 he partnered with Bill Lincoln as "Euphoria" and produced a well received album called "A Gift from Euphoria", released by Capitol records. It remains a highly rated cult classic from the '60s.

During the early '70s Wes moved to Northern MN and worked for a logging company and played in a band. He loved the northwoods. In Duluth he formed his own record label, Northland Records, and helped produce an album and successful single for a band called "Whiskey River".

Wes also served in the U.S. Army from 1979-1982 on Johnston Island and as an MP at Ft. Bragg, N.C. Upon his release from the Army he returned to Los Angeles in 1982 and joined a private Police Force in Bel-Air. But he then moved to Sheboygan at the invitation of his sister, with whom he lived at first.

Wes soon started an audio/visual business and videotaping weddings along with copying photographs onto videos. At that same time he purchased his final business, a bar on South 8th Street which he remodeled and proudly called "The Country Rose Saloon", where people could line-dance. Currently it's called The Vibez.

Wes is survived by his daughter, Amber Coral Watt of Willliamsburg, MA; her mother, Joan, of Los Angeles; his sister, Bonnie (Terry) Meikle, of Colorado Springs, CO; three nephews and one niece, and seven great-nephews and one great-niece.

Cremation was entrusted to Wenig Funeral Home of Sheboygan Falls.

A private memorial with family and close friends is planned for Friday, February 27, 2015

Our family is so grateful for the love and care from Sharon A. Richardson Community Hospice. A donation to this loving ministry would be deeply appreciated.


Published by Sheboygan Press on Feb. 27, 2015.
To plant trees in memory, please visit the Sympathy Store.
MEMORIAL EVENTS
To offer your sympathy during this difficult time, you can now have memorial trees planted in a National Forest in memory of your loved one.
Funeral services provided by:
Wenig Funeral Home - Sheboygan Falls
MAKE A DONATION
MEMORIES & CONDOLENCES
5 Entries
Wesley was a good friend and musical partner. A great guitarist and song writing partner. I miss him everyday and wish he was still here.
William (bill) Lincoln
Brother
February 21, 2021
I have worked with Wesley and Bill Lincoln on their electronics for music equiment and other technical issues since about 1960. I was at one of their early sessions for 'Euphoria' at Sunwest Studios before their whole album was in its early stage of conception.
=================
TO Wesley, I wish you a wonderful trip to the great beyond; safe journey my friend.
Lance L. Landon
April 8, 2015
Johanna Voelker
February 28, 2015
Wesley was a life-time friend and I will miss him very much. Many of my earlier years were spent with him playing music and traveling the world. He was a wonderful
person,
February 27, 2015
Wesley videotaped our wedding in 1992 and set it to music. He was very talented and created a beautiful memory for us that we enjoy to this day He will be remembered! Our condolences to you
Mark & Mary
February 27, 2015
Showing 1 - 5 of 5 results