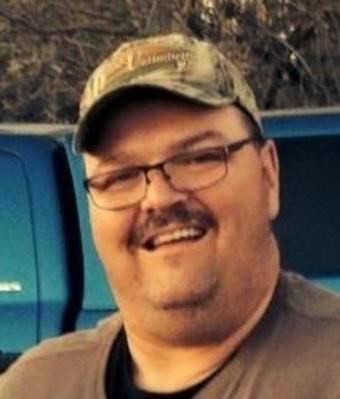 Jack G. Johnson, Jr., 50, of Howards Grove, passed away Saturday, July 23, 2016 at Froedtert Hospital in Milwaukee. Jack was born April 21, 1966, in Plymouth, to Jack G. Johnson, Sr. and the late Priscilla (Kohlmann) Johnson. Jack served his country in the United States Army from 1987 until 1993, where he served in the Military Police and was stationed in Germany. He was activated during the Gulf War, serving as a heavy artillery instructor. After his time in the military, he graduated from Lakeshore Technical College with an Associate's Degree in Criminal Justice. On October 27, 1990, he married the former Kristi Thiel. Together, they had one daughter, Courtney. On October 9, 1998, he married the former Paula Fronek in Sheboygan. Together, they had one daughter, Erika.

On June 1, 2016, Jack retired after 23 years of service with the Sheboygan County Sheriff's Department as a correctional officer. During his career, Jack wore many hats. He was a field training officer, a mentor to many people, a CPR instructor for the department and a veteran's court officer. He was an active member of the Howards Grove Fire Department and the Sheboygan Noon Lions Club. Recently, he was awarded a life-time membership award for ten years with the Wisconsin Field Training Officer's Association. Jack was also the president of the Sheboygan County Law Enforcement Association. A recent highlight of his career was stepping in as Santa Claus for SCLEA Shop With a Cop.

Jack enjoyed spending time with his family and friends. He was extremely proud of his daughters, "Kiddo" and "Bean" and their accomplishments. Before he passed, he was able to witness Erika graduate from high school and Courtney exchange spiritual vows with her future husband, Aaron James. He also enjoyed duck hunting with his longtime friend, Val, bowling on various teams, trap shooting and deer hunting with his father and Eric, John and Curtis. Recently, Jack had the privilege of going to North Dakota on a duck hunt with his very good friends.

In addition to his father, wife and daughters, he is survived by three brothers, Robert Johnson, Theodore (Sharon) Johnson and Marcus (Anna) Johnson; his father-in-law and mother-in-law, Paul and Nancy Fronek and his Godchildren, Kimberly Johnson and James Johnson. He is further survived by nieces, nephews, other relatives and friends.

He was preceded in death by his mother, two nieces, Alexandra and Chloe Fick and one nephew, Spencer Fick.

A funeral service for Jack will be held on Saturday, July 30, 2016 at 10:30 a.m. at Zimmer's Westview Funeral and Cremation Care Center, (Hwy 42 & JJ, Howards Grove) with Chaplain Rick Cawthon officiating. Friends may call on Friday, July 29, 2016 at the funeral home from 10:00 a.m. until 12:00 p.m., and again from 4:00 p.m. until 7:00 p.m. Visitation will continue on Saturday, at the funeral home, from 9:00 a.m. until the time of service. Interment will follow at Greenlawn Memorial Park where military honors will be held. Please visit www.zimmerfuneralhome.com to sign the guestbook.

Jack enjoyed serving others and touched the lives of many people during his time.

The family would like to extend a special thank you to the staff of 7 CFAC at Froedtert Hospital for their outstanding care and compassion during Jack's last days.

I'll miss you Jack, I'll always remember 20+ years together selling brats at the HGFD bratfry...
Keith Steiger
July 30, 2016
I had the privilege of attending the Sheboygan County Sheriff's Department Citizen's Academy a few years back. Jack was the Officer I shadowed at the Detention Center. Jack was down to earth kind of man and nobody messed with him. I salute you Jack.
Paul Pfeifer
July 30, 2016
It felt so good today to see all those smiley faces of Jack in the pictures. They were so Jack. Thank you for doing that. Our prayers will be with you in the days ahead.
Roy and JoAnn Gadicke
July 29, 2016
Sorry for your loss. I will not make it to the funeral.....Work. Jim Hesselink
Jim Hesselink
July 29, 2016
Sorry for your loss. I will not be able to get to the funeral....work.
Jim Hesselink
July 29, 2016
We are sorry for your loss. Jack truly was a pleasure to work with. He always had a story to tell. Our thoughts and prayers are with the family.
Gloria & Blackie Wick
July 29, 2016
Easter offers hope to those who grieve.
July 29, 2016
Jack was a great guy. I met him at the Sheriff Dept many years ago as well as his wife Paula. He was always an anxious guy to get involved in social events. He was always happy when I saw him. His picture is a true portrayal of what he was about. I am truly surprised that he passed at such a young age. Condolences to all of his family. God truly has a good person by his side.
Thomas Epping
July 29, 2016
Paula and family, we are so sorry for your loss. We met you at the Popp's annual Fin and Feather and enjoyed our conversations. Missed it last year and missed you there this year. You are in our thoughts and prayers. So so sorry.
Jeff and Julie Leffin
July 28, 2016
I knew Jack since we were in Waldo grade school together and Cub scouts. He always had a smile on his face and was always there to help people. After graduation we both went our separate ways, but I always remembered the great times we had together. The world has lost an awesome person and a good Man. So sorry to hear of Jacks Passing. My Family and I send heartfelt condolences. Hope to see you again in Heaven Jack; you will be missed.
Brian & Shelley Bayer
July 28, 2016
You was cool dude jack, enjoy what's next and prepare the way for us. May you be at peace and joy with the Father
Zachary Castillo
July 28, 2016
Paula and family,

My sympathy to you all. May your memories help you through this difficult time. Jack will be missed by all who knew him.
Mary Fetterer
July 27, 2016
'Boot Camp Jack"... Officer Johnson... You were and will always be one of the BEST.. I was fortunate in the sence that I was able to get to know you over the years as you were one of the many Corrections Officers I had gotten to know in the unfortunate sence.. I was an inmate.. But in the yrs of going in and out. ..you always made me feel welcome.. Lol.. You were always fair and you treated people ( inmates) like human beings.. You will be missed by many for you sir were one of the BEST.!!!. RIP Sir... and My deepest sympathy to his wife and children.. God Bless you all...
Lou
July 27, 2016
Paula & Family:
My thoughts and prayers are with you during this difficult time.
Barb Sertich-Kress
July 27, 2016
So sorry for your loss. My deepest Sympathy goes out to you.
Donna Mickelson
July 27, 2016
Met jack when he was a jailer...couldn't have been a nicer guy....RIP my friend...you will be sorely missed
scott felde
July 27, 2016
Jack and I went to school together, he was a great guy! Our prayers go out to his family, he will truly be missed by all who knew Jack.
Mary Dobrzynski-Comeau and Keith Comeau
Mary Comeau
July 27, 2016
Our deepest sympathy to the family, especially to you Jack on the loss of your son...
Roger Uttech
July 26, 2016
Our thoughts and prayers are with the family. May happy memories help you through this sorrowful time.
Kelley & Rick Ganey
July 26, 2016
Gone far too soon. Our thoughts are with you as remember, grieve, and live with such a great loss. Amy, Aaron and George (Johnson) Ramponi
Amy (Johnson) Ramponi
July 26, 2016
Bowled with Jack in the Wed. Morning League at Galaxy Lanes, many years ago. A big guy with a big heart and a big smile! Always nice. Rest in Peace, Jack. My sympathy to your family.
Donna
July 26, 2016
My deepest sympathy to Paula, his daughters, family & friends. I first met Jack when I worked at the Kohler Credit Union in Howards Grove back in 1994. Jack always came in with a smile on his face & a story to tell. I got to know Jack better when he worked at the Sheriff's Dept & worked & bowled with my ex. Jack will always be remembered as the guy who would do anything for anyone. May the memories you have of him help you heal during this very difficult time. My prayers are with all of you!
Becky LaFortune
July 26, 2016
I'm going to miss the big goofball. We had many good times together. He will be missed by all who knew him.
Chad Chariton
July 26, 2016
I knew Jack for many years in my role as an Assistant district attorney here in Sheboygan for the past 28 yrs. He was always pleasant to be around, happy go lucky and just fun to be with. My condolences on his passing too early.
James Hasch
July 26, 2016
jack was always very pleasant to be around.i looked forward to seeing him at work everyday,always had a smile,you will be missed
james stange
July 26, 2016
Allways had a smile or a way to lighten the room. He will be missed. Peace and condolences to the the family.
Mark Eichhorst
July 25, 2016
Working with Jack was always a pleasure. He had a huge heart and always a huge story to go with it. During the time I knew him he was always trying to do bigger and better things and never let anyone discourage his dreams. He will be greatly missed but always remembered !
Jacob Zittel
July 25, 2016
Jack was a very inclusive and good man. Not knowing my wife or I, he sat with us and talked like we were old friends after the 2014 shop with a cop. A warm heart that will be remembered. - Tom and Steph Aker
Tom Aker
July 25, 2016
Sorry for this loss. Prayers for the family
Susan Wilharms- Heuvelman
July 25, 2016
I am so sorry of the passing. May God guide you at this difficult time. May his memory live in
Ivan Mayers
July 25, 2016