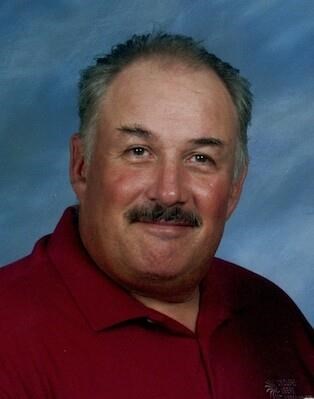 Jim attended Sheboygan grade schools and graduated from Sheboygan South High School in 1965. Following high school, he received his electrical degree from LTC. He worked for over 40 years at Alliant Energy (WI Power and Light) until his retirement.

On October 25, 1975, he married Deborah Landers at Bethany Reformed Church in Sheboygan.

Jim enjoyed hunting, fishing, trap and skeet shooting, gardening, and tinkering around the house. Most of all he enjoyed spending time with his family and friends.

He is survived by his wife, Deb, and their two sons: John (Robin) Hoopman of Plymouth, and Beau (Morgan) Hoopman of Madison; and six grandchildren: Johanna, Josefine, Rheinhardt, Rhys, Braam, and Leland.

He was preceded in death by his father, and parents-in-law: Gregory and Donna Landers.

Following Jim's wishes, cremation has taken place and a celebration of his life will be held at a later date.

In lieu of flowers, a memorial fund is being established in Jim's name for Bethany Reformed Church of Sheboygan.

The Suchon Funeral Home and Cremation Services of Plymouth is assisting the family. For online condolences, please visit www.suchonfh.com.

The family would like to send special thanks to the staff of Pine Haven, for the wonderful care and compassion given to Jim during his time there.

Published by Sheboygan Press from Dec. 23 to Dec. 27, 2020.
To plant trees in memory, please visit the Sympathy Store.
MEMORIAL EVENTS
To offer your sympathy during this difficult time, you can now have memorial trees planted in a National Forest in memory of your loved one.
Funeral services provided by:
Suchon Funeral Home and Cremation Services - Plymouth
MAKE A DONATION
MEMORIES & CONDOLENCES
Sponsored by Suchon Funeral Home and Cremation Services - Plymouth.
9 Entries
God bless Jim, who was a close personal friend, and someone who will hold a special place in my heart. The many things that we shared at a time when he, I, and his brother Bob did many things together is a time that will remain with me forever. Jim's infectious sense of humor and wry wit kept him in a place that I and many of his friends considered him a conversationalist entertainer. It hurts to even acknowledge the loss of my good friend. May the family and all those close to Jim please accept my most sincere condolences in this sorrowful time.
Denis Jean-Pierre Leveque
Friend
December 27, 2020
Deb, my deepest and most heartfelt condolences to you and your family. Thoughts and prayers are with you at this time.
Kim Canisius-Hemsing
December 26, 2020
So sorry for your loss Deb. Made God be with you and your family at this time. Think of all the good times and smile. He was a good man. I only meet him a few times and he was always smiling
Jack and Marge Bunge
December 25, 2020
May God bless you and your family in this time of sorrow.
Beth Raeder
Family
December 24, 2020
My codolence for your loss! Hugs and prayers for you and your family!
Annette Ubbelohde
Friend
December 24, 2020
Gods speed Jim,always smiling and always a gentleman. My condolances to his family. Jim will be missed, he was one of the best.
Larry Rupp
Friend
December 24, 2020
May God bless you and your family in this time of sorrow. Our sympathy to you and your family.
Tim and Marsha Nachtwey
Friend
December 23, 2020
I enjoyed working with Jim Hoopman for many years at Edgewater. I understood the pride and love he had for his wife Deb, and sons John and Beau. If Edgewater had a hall of fame he would be the first inductee. My thoughts and prayers are with the family during this difficult time.
Dale Hammen
Coworker
December 23, 2020
That is a good picture of his warm smile. I worked with him for 30 years.
I will always have fond memories of him.
Mike Lichterman
Coworker
December 23, 2020
Showing 1 - 9 of 9 results