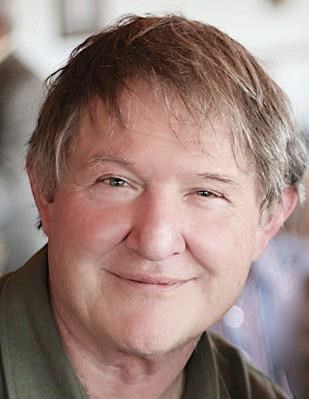 Sheboygan - John Witkauskas, age 71, of Sheboygan, passed away Friday, January 24 ,2020 at the Sharon S. Richardson Hospice Center. He was born in Sheboygan on February 20, 1948. John was the son of the late Adele and Victor Witkauskas.

John attended local schools and graduated from Sheboygan South High School in 1966. He then went on to earn a bachelor's degree in journalism from Northwestern University. After college, John worked for Delta Airlines in Chicago for over 20 years visiting many countries around the world. Following retirement from Delta, John worked at Elizabeth Ann Seton Catholic school in Sheboygan. While there, he also reorganized and updated the school library system. John was known for his enthusiastic and upbeat personality. He enjoyed collecting old post cards, books, and movies. He also liked to spend time with family and friends. John's life was well lived, and happy.

Survivors include two sisters, Sandy Witkauskas of Madison, and Mary (Luis) Sandoval of San Diego, CA. Also, a niece Rebecca (Jeff) Browning, and three nephews, Chris, Paul, and Mike Sandoval. He is further survived by many cousins and friends. John was preceded in death by his parents, Adele and Victor.

A Mass of Christian burial will be celebrated on Saturday, February 1, 2020 at 12:00 p.m. at Holy Name of Jesus Catholic Church, 818 Huron Ave., Sheboygan. Father Matt Widder will be officiating. Friends and family may gather at the church on Saturday morning from 10:30am until the Mass at 12:00 p.m. Burial will follow the Mass at Immaculate Conception cemetery in Sheboygan.

In lieu of flowers, contributions will be directed to Elizabeth Ann Seton school in John's name. A heartfelt thank you is extended to the staff (in-patient and home care) of St Nicholas Hospital, and the Sharon S. Richardson Community Hospice Center for their care and compassion to John.

The Reinbold Novak Funeral Home is assisting with family arrangements. Online condolences may be expressed at www.reinboldfh.com.

Published by Sheboygan Press from Jan. 27 to Jan. 29, 2020.
To plant trees in memory, please visit the Sympathy Store.
MEMORIAL EVENTS
Feb
1
Memorial Gathering
10:30a.m. - 12:00p.m.
Holy Name of Jesus Catholic Church
818 Huron Ave., Sheboygan, WI
Feb
1
Mass of Christian Burial
12:00p.m.
Holy Name of Jesus Catholic Church
818 Huron Ave, Sheboygan, WI
Funeral services provided by:
Reinbold Novak Funeral Home
MAKE A DONATION
MEMORIES & CONDOLENCES
Sponsored by Reinbold Novak Funeral Home.
8 Entries
I didn't know John well, but he has be in my daily prayers since we found out about his diagnosis. I would bring him a sandwich on occasions when he was in the shop looking at post cards. Now I hope John will put in a good word for us. His kind soul is at peace now. My sincere sympathy to the family.
Judy Kirsten (Mrs. Gordon)
February 21, 2020
John was my friend for many years and we had many dealings and conversations over the last 30 years. I sold him postcards at my shop and we gossiped about everything from the Packers to politics. I will miss him. My sincerest condolences Gordon Kirsten (Gordons Antiques of Grafton 262-377-4313)
February 21, 2020
A Tribute to John Witkauskas

My name is Jeff Fulton, one of Johns friends from Chicago. I met John at Sheil Center, Northwestern University's campus Catholic center, through a mutual friend. It was 1968.

John was a couple of years ahead of us, so he quickly showed us the ropes, and Sheil became the center of our social life. The three of us became known simply as the boys.

And boys we were, discussing all those things young guys talk about. We did a lot together from the normal movies and social events to the extraordinary, like jogging at midnight to the Bahai Temple, encircling it, and sometimes being chased away by security. We even had unique nicknames for each other, but I wont detail those here. One of the more serious moments was watching the draft lottery on TV together, and John, who was the most vulnerable, drew the best number. We were all happy about that. Oh, there were occasional arguments, but it was John with his mature, calming, even keel personality, that mediated and got us back on track.

After Johns graduation, John and I became roommates, first at Sheil, and then after I graduated, we shared apartments in suburban Schiller Park and later, Lincoln Park in Chicago. While I was still a student, John got his first job as a management trainee at J.C. Penney.

John loved travel and decided he wanted to work for the airlines, and Delta in particular. But it wasnt easy. His application went nowhere, so eventually he wrote to a top executive in Atlanta stating he would start at the bottom. His tenacity paid off, and was hired. And he absolutely loved Delta, so much so that the airline business rubbed off on me. I credit my airline career choice to John.

And travel he did all parts of the world, and some of it we did together, from Florida to the Rose Bowl parade to Yosemite hiking. Favorite memories include two backpacking trips to North Cascades National Park, where he referred to himself as Ranger Rick. I think one of his last trips was to his ancestral homeland in Lithuania.

And he was a true Wisconsinite. He would show me around Sheboygan, even those secret, local ways to enter Terre Andre State Park for beach hikes. We took annual trips to Madison to watch the Badgers, staying with one of his sisters. On occasion the competing football team would be Northwestern, and John would say he would win either way. But as soon as he entered Camp Randall Stadium it was all red for John. I was born in Beloit, so my passport says Wisconsin as my birthplace. But I have never lived in Wisconsin. John would say with a scornful smile, You dont deserve to have Wisconsin in your passport. His love for the state eventually lured him back from Chicago.

Most of us only have a handful of best friends in our lifetime, and for more than 50 years, John has been one of them. Even though we didnt see that much of each other in recent years, whenever we got together, it was like we had never been apart. One of my favorite Christmas traditions was opening the Christmas card from John. He was truly Mr. Christmas and carefully selected each card with a personalized note, often with a quote from a famous author. I will miss this, along with his generous spirit, gentle personality and friendship, and I will cherish his memory forever.

Jeff Fulton
Jeff Fulton
Friend
February 17, 2020
John and I became friends while both working as ticket agents at Mitchell International in Milwaukee. We quickly discovered many things in common; we were both Journalism majors, both from Sheboygan, both South High grads, and we grew up within blocks of each other. He was the perfect co-worker in our business, nothing ruffled him! He also had a great sense of humor, was a wonderful listener, and a caring friend. My husband Gary and I send our sincere condolences to the Witkauskas family. May your good memories help during this difficult time.
Kathy Chipman Sterkel
January 29, 2020
My condolences to the family. I worked with John on many of his casino excursions. He was always upbeat and willing to do anything for you. He will be missed by many.
CHERYL TUNGATE
Friend
January 29, 2020
My condolences to the family. John was such a nice guy, a real character and so easy to talk to. He will be missed!!
Kim Canisius Hemsing
January 29, 2020
Dear Witkauskas Family:

I was so sorry to read of John's passing. I remember him from our days at South High and at Northwestern, and then in recent years when our paths occasionally crossed in Sheboygan. He also was a friend to my mom and dad on their weekly bus trips to Oneida for Bingo and slot play. I am confident John is at peace in the glory of Heaven.

May God bless all of you.