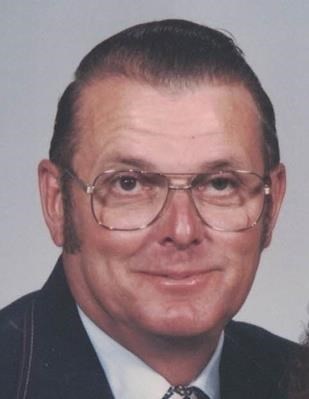 Sheboygan - Ronald E. Gumm "Barney", 82, of Sheboygan, passed away on Sunday, March 15, 2020 at Rocky Knoll Nursing and Rehabilitation Center in Plymouth. He was born June 15, 1937 in Sheboygan to Herman and Hertha (nee Wilke) Gumm. Ron graduated from North High School in Sheboygan with the Class of 1955. He went on to proudly serve with the National Guard.

On December 27, 1958 he was united in marriage to Ann Brunnbauer at Holy Name of Jesus Catholic Church in Sheboygan. She preceded him in death on August 18, 1996.

Ron retired from Alliant Energy with over 25 years of service. Later, he worked for Brantmeier Ford for a number of years.

He was a 45 year member of the Sports Car Clubs of America, and a Sheboygan County Fair Stockholder. An avid racing fan, Ron spent a lot of time at Road America working on the grid and crewing for his nephew, Mike Froh.

In compliance with the statewide emergency order banning public gatherings, services for Ronald have been cancelled.

In lieu of flowers, memorials are suggested in Ron's name towards Alzheimer's research and support.

The family would like to thank the caregivers from Rocky Knoll and Compassus Hospice for their compassionate and loving care.

Please visit our website to leave your condolences for the family www.zimmerfuneralhome.com .

To plant trees in memory, please visit our Sympathy Store.
Published by Sheboygan Press from Mar. 16 to Mar. 17, 2020.
MEMORIAL EVENTS
No memorial events are currently scheduled.
To offer your sympathy during this difficult time, you can now have memorial trees planted in a National Forest in memory of your loved one.
Funeral services provided by:
Zimmer Westview Funeral & Cremation Care Center
MEMORIES & CONDOLENCES
Sponsored by Zimmer Westview Funeral & Cremation Care Center.
2 Entries
So sorry to hear of Ronnie's passing. I have many good memories of your family at Grandma and Grandpa Johnson's house. May he join your mom in heaven and rest in peace. God bless your family.
Jennifer (Brunnbauer) McClellan
March 18, 2020
My deep sympathy to the family. Ron was a good friend for many years. He brought sunshine and laughter with him. I know that my husband, also Ron, was there to meet him at the gates of Heaven with two beers in his hands.
LINDA HAMANN
March 18, 2020
Showing 1 - 2 of 2 results