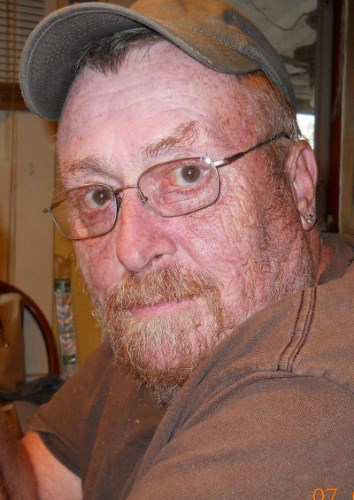 In addition to Sue, Larry is survived by his daughter, Victoria Theobald of Shelbyville; sister, Barbara Walton of Shelbyville; grandson, Sidney Edward; and nephews, Chuck Walton and wife, Anita and Bobby Walton.

He was preceded in death by his parents; infant brother, Hubert Lawrence Theobald; and brother-in-law, Stanley Walton.

He was a member of the former Homer Christian Church.

Larry and his father formerly owned and operated Kelley Wiring, retiring in 1998.

He was a U.S. Army veteran, serving during the Vietnam Era.

Larry enjoyed going camping and fishing, and mowing his yard.

He loved his family and cherished the time he spent creating memories with them.

A Celebration of Larry's life will be held at a later date.

Services have been entrusted to Freeman Family Funeral Homes and Crematory, 819 S. Harrison St. in Shelbyville.

Online condolences may be shared with Larry's family at www.freeman familyfuneralhomes.com.

Published by The Shelbyville News on Oct. 13, 2021.
To plant trees in memory, please visit the Sympathy Store.
MEMORIAL EVENTS
To offer your sympathy during this difficult time, you can now have memorial trees planted in a National Forest in memory of your loved one.
Funeral services provided by:
Freeman Family Funeral Homes & Crematory, Carmony-Ewing Chapel
MEMORIES & CONDOLENCES
Sponsored by Freeman Family Funeral Homes & Crematory, Carmony-Ewing Chapel.
1 Entry
Larry was a super guy and will be sorely missed.
Bob Runnebohm
Friend
October 14, 2021
Showing 1 - 1 of 1 results