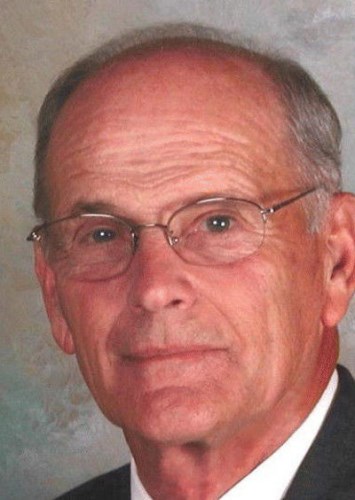 Richard graduated from Culver Military Academy in 1949, then Greensburg High School in 1954 before going to Purdue University where he met his wife, Louise. He graduated from Purdue in 1958 with a B.S. in Agricultural Economics. After college, Richard worked at Kova Fertilizer alongside his father, Nick, who started Kova in 1935, and his brother, John. Over the next 63 years, he grew the company to include his three sons, and later nine of his grandchildren.

When he wasn't checking in at the office, Richard could be found on the golf course, watching Purdue football and basketball, playing Euchre with his friends, picking sweet corn with his grandchildren, or spending time outdoors mowing his lawn and gardening.

He was a member of the Phi Gamma Delta fraternity, Greensburg United Methodist Church, the Lion's Club, Greensburg Country Club and was a 32nd° Mason. He also previously served on the Decatur County 4-H board, DuPont Ag Chem advisory board, the Farm Chem/PACE advisory board, the Greensburg United Methodist Church investment committee, as well as President and Co-founder of the Indiana Plant Food Association, and President of the B.P.O.E. Lodge #475.

Richard was preceded in death by his parents, his brothers John and Kenneth Reed and sister, Ellen Butler.

A visitation will be held on Thursday, October 21, 2021 at Greensburg United Methodist Church from 10am to 12pm. Funeral Services will be held at 12pm with Rev. Chris Stephens officiating. Burial will follow at South Park Cemetery.

In lieu of flowers, memorial contributions can be made to Our Hospice of South Central Indiana.

Online condolences can be made to the family at www.popfuneralhome.com

Published by The Shelbyville News on Oct. 19, 2021.
To plant trees in memory, please visit the Sympathy Store.
MEMORIAL EVENTS
Oct
21
Visitation
10:00a.m. - 12:00p.m.
Greensburg United Methodist Church
IN
Oct
21
Funeral service
12:00p.m.
Greensburg United Methodist Church
IN
Funeral services provided by:
Porter-Oliger-Pearson Funeral Home - Greensburg
MEMORIES & CONDOLENCES
Sponsored by Porter-Oliger-Pearson Funeral Home - Greensburg.
2 Entries
My condolences to the family. I enjoyed Dick´s company and have many fond memories of our time together. I am traveling out west and just heard of Dick´s passing. I´ll miss him.
Jim Trosky
October 26, 2021
To Louise and family, my sympathy and prayers at the loss of Dick! So sorry I can´t be there to share in your sadness! Love, Mae
Mae Norman
Family
October 20, 2021
Showing 1 - 2 of 2 results