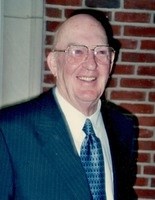 Grover - Clarence Roger Proctor, age 82 of Grover, passed away on Sunday, August 1, 2021 at his residence surrounded by his family.

Born August 14, 1938 in Baltimore, MD, Clarence was the son of the late Clarence and Marion Bell Proctor and was preceded in death by his wives, Martha Mowery Proctor and Nancy Blake Proctor, and four children, Jim Proctor, Cathy Poston, Jimmy Mowery, and Tommy Mowery

Roger was a hard worker and served in the United States Army for 4 years. He was a devoted father and PopPop to many. He was an avid golfer and loved crabbing at the beach.

Memorial services will be held 5:00 pm Saturday, August 7, 2021 at Cleveland Funeral Services conducted by Amber Proctor. The family will be available to visit following the service.

To sign the guest book, please go to www.clevelandfuneralservices.com