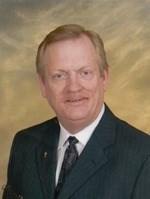 Shelby - Dr. Jerry Dean Brooks of Shelby, 61 born December 17, 1959, was called home to be with the Lord on August 2, 2021. A loving husband, father, grandfather, brother, and friend, Jerry will be remembered for his passion for the Lord and his family. Jerry was called into the ministry around 30 years ago and has faithfully served the congregation and Emmanuel Baptist Church for the past 16 years. Jerry graduated from Crest High School in 1978. This is where he met the love of his life, Rhonda Jo Brooks. They spent 42 wonderful years together and through these years they were able to grow in their love for the Lord and one another.

Jerry is preceded in death by his two parents, Willie Dee and Lallage Myrtle Brooks and one grandchild, Jada Lynn Brooks. He is survived by his wife, Rhonda and his three children and their families: David and Alisha Brooks, Rydell and Drason; Derrick and Angela Brooks, Amy and Will; Joni Hamrick, Corbett, Lily, and Annie. He is also survived by four sisters and their families and many nieces and nephews: Sheila and David Grigg; his twin sister, Terry James and Eddie Walter; Veronica and Mike Walker; and Melanie Smith.


Published by Shelby Star from Aug. 4 to Aug. 6, 2021.
To plant trees in memory, please visit the Sympathy Store.
MEMORIAL EVENTS
Aug
6
Visitation
6:30p.m. - 8:00p.m.
Emmanuel Baptist Church
Cherryville, NC
Aug
7
Funeral
1:00p.m.
Emmanuel Baptist Church
Cherryville, NC
Aug
7
Graveside service
New Hope Baptist Church
Earl, NC
Funeral services provided by:
CECIL M. BURTON FUNERAL HOME and CREMATORY - Shelby
MAKE A DONATION
MEMORIES & CONDOLENCES
Sponsored by CECIL M. BURTON FUNERAL HOME and CREMATORY - Shelby.
15 Entries
Rhonda I’m am so sorry to hear this. I just found out about it in the Shelby Shopper. My prayers go out to you and the family. God bless you now and in the future. We know Jerry is in a better place. Love you girl.
Patricia Seagle
Friend
August 12, 2021
Jerry Brooks Will Aways Be Miss And Never Forgotten....Jerry Has Blessed So Many Hearts ❤ Now Jerry Can Go Dance With The Angel's ❤We All Love You Jerry Brooks My Heart And Prayers Got Out to Rhonda Brooks and The family And Friends
LORAINE Shinn
Friend
August 6, 2021
Sorry to hear of Jerry's passing. I know he was loved and will be missed. I pray that his family finds peace in knowing that he is with God
Cleveland Melton
Acquaintance
August 6, 2021
Rhonda I love you and I'm so sorry for your loss keeping u and the family in my prayers
Sonya
Friend
August 6, 2021
So sorry to hear about the loss of Jerry.Prayers for his family.
Joann Bolding
Friend
August 5, 2021
Rhonda you are in our prayers! Jerry was a wonderful pastor and will truly be missed!
Scott & Tricia Murphy
August 5, 2021
Jerry,
It's so hard to believe that the day has come that we have to say goodbye to our brother.
Until we meet again brother, sing with the angels and rejoice with our Lord and Savior. Say hi to mom and dad, for your work on earth is done. Know that I love you and that we will catch up on all things missed in this life.
Veronica Walker
Sister
August 5, 2021
I don't even know where to begin, Uncle you were one of the greatest men I ever knew I'll always cherish the times growing up spent gathered with you , from the jokes to you giving words of wisdom and comfort. I love and miss you dearly but God needed you home for he had bigger plans than anyone can imagine.
Laura James
Family
August 5, 2021
I will forever be thankful for the day that I meet Jerry over twenty years ago. I will never forget the love and kindness he and Rhonda and his whole family showed me and my son Adam and all the dinners we shared together. You will forever be loved and missed in our hearts.
Benny Buchanan
Friend
August 4, 2021
One of the finest men you could ever meet. He will be greatly missed. He was with my sister during her passing and was a blessing for her and the family. Love to the family. Love you cousin.
Vickie Taylor
Family
August 4, 2021
I love you Rhonda, and I am truly sorry for the loss of Jerry. It is hard for me to believe. God bless you. Deana
Deana Jackson
Friend
August 4, 2021
Sorry to hear praying for the family but Jerry's home with Jesus
Mark Mann
August 4, 2021
To the most friendliest man around I love you Daddy you were my hero and my friend even though I never mentioned it.. love you Daddy
Joni Hamrick
Family
August 4, 2021
To the Family of Jerry, I am sorry to hear of the passing of Jerry. May God Bless and Comfort you With Warm Memories of him in the days to come and look forward to seeing him again in Heaven some day.
Sandra Champion
Friend
August 4, 2021
I love you brother, and you will be missed! Melanie
Melanie S
Family
August 3, 2021
Showing 1 - 15 of 15 results