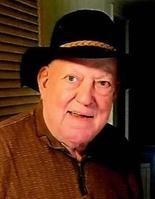 Mooresboro - Jerry Lamar Davis, age 77, of Mooresboro, passed away Wednesday, July 28, 2021 at Fair Haven of Forest City, NC. He was a native of Cleveland County and the son to the late John Lee Davis and the late Getty Pritchard Davis. He was preceded in death by his wife Florence Maxwell Davis, five brothers and four sisters.