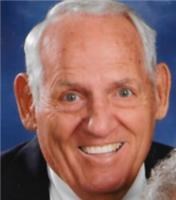 A man of strong Christian faith, Lem was a lifetime faithful member of Flint Hill Baptist Church where he formerly served as teacher of the Bud Long Sunday School class, deacon, choir member and RA Baseball coach. He also sang in a gospel quartet for a number of years. Lem loved his Lord and served him faithfully alongside his church family. He was a loving husband, father, grandfather, brother, uncle and friend. Faith and family formed the threads that wove together the very fabric of his life, from his early age until his passing.

A graduate of Blacksburg High School in South Carolina, Lem's early career years were spent mastering the art of baking a perfect pound cake while working as a baker at Bost Bakery, a gift he was known for throughout his life. Nothing brought him greater joy than baking cakes for family and friends in the community. After, he worked at Fiber Industries where he retired following 32 years of dedicated service.

Lem's happiest moments were spent spinning a tall tale or recalling stories of his childhood spent with "Les." These stories brought much laughter as they often began with, "Me and Les" and continued with the promise of mayhem or call it "adventure" imminent for some unsuspecting someone. In the words of Aunt Frances, the twins were a handful! Lem also loved to garden, priding himself in the fruits of his labor. He found joy in keeping his bees and harvesting the honey they made. The stock market captured his attention especially in later years and his mood often rose and fell as the market went. To say he was passionate about '63 Chevrolet Impalas would be an understatement; it possibly was only surpassed by his love for history, especially US history. A jack of all trades, Lem was truly a renaissance man with his hand into a little bit of everything, finding great happiness in living life and making memories. If there was a soundtrack to accompany the images of his life as they pass through our memories, it would most assuredly be filled with the whispers of the bluegrass music he loved so much. But, above all else, Lem's life was made complete when he spent time with "the wife," also lovingly called "Mother," "Mackie,"or "Snooks." Maxine was the young girl of his dreams who through the years grew to be the partner who would help him to stay at home when his body began to fail him and he could not manage without her. She was ever by his side, seldom being separate in recent years. The love shown between these two was unconditional and formed a bond strong enough for all eternity. Their daughters, who he lovingly called Sparks and Sissy, were blessed to witness daily the life they shared together, a legacy to live by more cherished than all the possessions the world has to offer.

Receiving of friends will be held from 4-6 p.m. prior to the service in the church sanctuary. His family will be at his home at other times. Burial will be at 10:00 a.m. with Rev. Keith Dixon officiating on Monday, August 6, 2018 at Cleveland Memorial Park.

In lieu of flowers, memorials may be made to the Wendover Hospice House, 951 Wendover Heights Drive, Shelby, NC 28150 or to Flint Hill Baptist Church.

Published by Shelby Star from Aug. 3 to Aug. 4, 2018.
To plant trees in memory, please visit the Sympathy Store.
MEMORIAL EVENTS
To offer your sympathy during this difficult time, you can now have memorial trees planted in a National Forest in memory of your loved one.
Funeral services provided by:
Clay-Barnette Funeral Home - Shelby
MAKE A DONATION
MEMORIES & CONDOLENCES
5 Entries
He was the sweetest man. The last time I saw him was at Ken & Mary's a couple years ago with his wife and Daughter Brenda. He did not remember me at first but after a short conversation about his son n law I worked with at First National he was full of conversation. He brought us his wonderful pound cakes to the bank. It was a treat for all of us. He always had a kind word or story ready to tell. The thing I remember most was his beautiful smile. Maxine, Brenda, Phyllis,and Cecil I am praying for you all. I know the Lord was at those pearly gates with arms wide open and Lem was grinning from ear to ear.
Donita Weatherford
August 6, 2018
I'm really deeply sorry to here about Lemuel. Maxine Branda and Phyllis I can remember the time that we visited on reunions and get-togethers he did love to talk boy did I hear some stories of his nephews Max and Billy I can remember laughing so hard from hearing some of the story he would tell. Once again I am deeply sorry for your loss.
Cindy Ellis
August 5, 2018
My prayers are with you
kavin johnson
August 4, 2018
So sorry for your loss .
David McIntyre
August 3, 2018
Robin and I are sorry to learn of your loss and wish God's comfort for you in the days ahead.
Doyne Allison
August 3, 2018
Showing 1 - 5 of 5 results