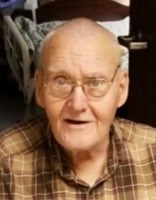 Born November 8, 1933 in Rutherford County, he was the son of the late Paul and Agnes Green Murray. He worked in truck delivery service and textiles before retiring from Mastercraft. Lester was a proud veteran serving in the United States Army. He was also preceded in death by his first wife Flayree Hopper Murray and second wife Rebecca Greene Murray as well as son Timothy Wayne Murray and brother Walter Murray.

A graveside service will be held on Wednesday, July 28 at 1pm at the Sulphur Springs Baptist Cemetery officiated by Dr. Eric Davis. The Padgett & King Mortuary & Crematory is serving the Murray family. An online guest registry is available at www.padgettking.com.