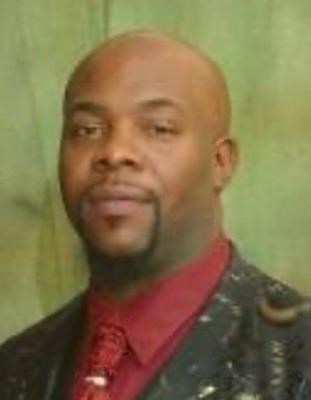 Clifford was born April 24, 1972 in Bossier, City Louisiana at Barksdale Air Force Base Medical Center to Master Sergeant and Mrs. Charles Edward Parsons Sr. However his roots were planted in Shreveport, LA.

Clifford confessed Christ at an early age and was baptized at Little Union Baptist Church under the guidance of the late Reverend C.C. McLain.

Fondly known as "The Bleu Chef," Clifford soared in the culinary world until Sunday, July 18, 2021 when he ascended to serve in his Heavenly Home.

Earth has no sorrow that the heavenly father cannot heal.

Due to the COVID-19 and Delta variant viruses, facemasks are requested.

Published by Shreveport Times from Jul. 23 to Jul. 27, 2021.
To plant trees in memory, please visit the Sympathy Store.
MEMORIAL EVENTS
Jul
28
Memorial service
5:00p.m.
Little Union Baptist Church
1846 Milam Street, Shreveport, LA
Funeral services provided by:
Heavenly Gates Funeral Home
MAKE A DONATION
MEMORIES & CONDOLENCES
Sponsored by Heavenly Gates Funeral Home.
3 Entries
On behalf of the Barnes´ family (former neighbors on Oakcrest Dr) please know that you are in our thoughts and prayers!
Johnnie W Barnes
July 30, 2021
My prayers are with the family! I knew Clifford because he´s my cousins father! Whenever you saw him he would have a smile on his face and he would speak to you also
Stephanie Douglas
July 27, 2021
Clifford was my very 1st "best friend". We attended Judson Elementary school together and formed a bond like brothers. Either he was at my house or i was at his on weekends. Our fun in Mr. Larmar's class was nothing short of legendary! From sports to girls to good ole breakdancing, it was always me and Cliff leading the way.. Bro i love you man. My best times in life were those childhood days. I will carry your memory with me until i see you again. And i will keep your family in prayer every night along with my own. Rest easy my brother. You will be missed.
Derrick D Davis
Friend
July 24, 2021
Showing 1 - 3 of 3 results