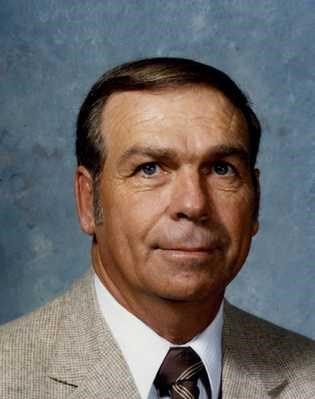 His parents, Hattie and Gene Carlisle; daughter, Carol C. Duhon; and brothers, Rodney and Gary Carlisle preceded him in death. He was a retired teacher and coach and of the Presbyterian faith.

The family would like to thank the staff at Town & Country Health and Rehab and Gamble Hospice for the care given him.

To plant trees in memory, please visit our Sympathy Store.
Published by Shreveport Times on Mar. 7, 2014.
MEMORIAL EVENTS
No memorial events are currently scheduled.
To offer your sympathy during this difficult time, you can now have memorial trees planted in a National Forest in memory of your loved one.
Funeral services provided by:
Rose-Neath Funeral Home - Minden
MAKE A DONATION
MEMORIES & CONDOLENCES
10 Entries
Rest in peace Coach. My condolences to Mrs. Carlisle and family.
Tomi Honkaniemi
December 22, 2014
Ours prayers are with all of Coach Carlisle's family. May God wrap his healing arms around each of you. What memories you and all of us have of your Dad
Annette & Durwood Blake
March 10, 2014
May the Lord, minister peace to you all at this time. May He keep you in the palm of His hand.
Steven Slaughter
March 7, 2014
May God be with the family of Coach Carlisle and His blessings for strength be with you all. God Bless You!!!
Gwen McClendon
March 7, 2014
Becky,

I'm sorry to hear of your Dad's passing. May God comfort you and your family during this time.

I remember our good times starting in the sixth grade. My best to your family!
Patti Gill
March 7, 2014
Coach "Buster" was our first Coach. Floyd Crain, Danny Logan and I (Donnie Nichols)rode in the back of his pickup to the YMCA in Shreveport. We also played with him at Belcher High when he was a Senior and we were Freshmen.Great man and we loved him. God now has another angel in Heaven.
Donnie G. Nichols
Retired Shreveport PD
Donnie Nichols
March 7, 2014
Mr. Carlise was my Algebra teacher at Midway Junior High in Shreveport, La. He was also the basketball coach. He instilled in me the love of learning and the thrill of basketball ball. Never missed a game. Rest in peace Mr. Carlisle. Prayers for the family.
Betty Ponder Sorrels
March 7, 2014
A note to let you all know that you are in my prayers. I morn the loss, but give thanks to God for the association of this man and this family in my life. God Bless.
David Bolyer
March 7, 2014
Mrs. Carlisle my deepest condolences from the loss of Mr. Carlisle.
As you hold on to and reflect on all the many wonderful memories, take comfort in knowing that the God of all comfort and tender mercy has him in his memory.
Gregory
March 7, 2014
David E Morris
March 6, 2014
Showing 1 - 10 of 10 results