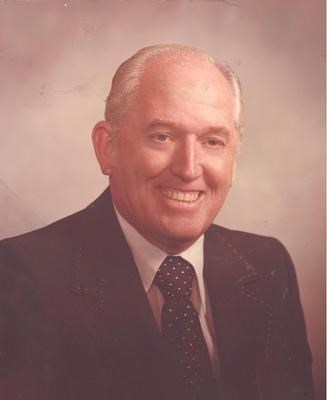 Funeral services for H. M. "Mutt" Fowler, Sr. will be held at the First United Methodist Church in Coushatta on Sunday, September 21, 2014 at 3:00 P.M. The family will be receiving friends and sharing memories of Mutt at the church from 1:30 P.M. until the service at 3:00 P.M.

Mutt was born on February 13, 1918 in the Holly Springs Community of Red River Parish. His Lord and Savior called him home on Tuesday, September 16, 2014. Mutt was the youngest of five children born to Angus Jesse and Zula Fair Fowler.

Mutt graduated from Martin High School in 1937. When attending Louisiana Normal (Northwestern State University) he quit to serve his country in March of 1941. He entered the U. S. Army and was honorably discharged in November 1945. He attained the rank of Sergeant and was assigned to a special group of eighty six other soldiers to set up convalescent hospitals which housed injured military personnel on Army bases in Florida, Illinois, Kentucky, Texas and California. A few days after receiving orders to ship out to the South Pacific, the Enola Gay made her historic flight. Those orders were cancelled a few days later.

When Mutt returned home, the first thing he did was build a house for his parents. He worked in many jobs after the war to support his wife and family. He worked in his brother's drug store, delivered papers for the Shreveport Times and worked with the farmers in Red River Parish as an agent for the Shreveport Production Credit Association. Mutt started Fowler Insurance Agency in 1956. He turned this over to his son in 1982.

Mutt was a life time member of Silent Brotherhood Lodge #146 F&AM in Coushatta, the El Karubah Shrine in Shreveport and the Coushatta Lions Club where he served as a District Governor of Lions Clubs International in 1962-1963.

He was a devoted public servant having served as Mayor of Coushatta from 1951 to 1971 and as a Louisiana State Representative from 1971 to 1985.

In lieu of flowers the family requests that donations be made to the Springville Cemetery Association, the First United Methodist Church of Coushatta or to the charity of your choice.

To plant trees in memory, please visit our Sympathy Store.
Published by Shreveport Times from Sep. 19 to Sep. 21, 2014.
MEMORIAL EVENTS
No memorial events are currently scheduled.
To offer your sympathy during this difficult time, you can now have memorial trees planted in a National Forest in memory of your loved one.
Funeral services provided by:
Rose-Neath Funeral Home-Coushatta
MAKE A DONATION
Please consider a donation as requested by the family.
MEMORIES & CONDOLENCES
9 Entries
Mr. Buddy may God give you strength during this difficult time. You all are in our prayers
Richard and Betty Ross
September 23, 2014
To Buddy and family, reacquainting myself with you brings memories long in storage.My thoughts send condolences to your extended family.
Teresa Crawford Polzin
September 23, 2014
Sorry to hear this Our prayers are with you Mr. Buddy and Family you know if there is anything we can do let us know
Bobby & Gladys Wilkinson
September 22, 2014
Mutt was always a part of our life at the First Methodist Church. He will be missed.
Jeri, Rose, and Faye Jones
September 22, 2014
We are so sorry for your loss. May God keep fast hold of you with his right hand during this difficult time.
McLaurin
September 22, 2014
buddy sorry to here about mutt duna and bonnie marston cabot ark.
September 20, 2014
The Final Salute

This “Hand Salute” is the last that we shall render to H. M. (Mutt) Fowler, Sr. our “Brother-in-Arms”. To his family it symbolizes the love and respect that we have for Mutt. And to Mutt it is rendered as a symbol of honor and gratitude to thank him for the devoted and selfless service he rendered to his country during WW-II while serving as in the U.S. Army. Mutt, we commend you for your honorable service. You are a true patriot, who served with honor and distinction. You upheld the finest qualities of an American patriot warrior: courage, commitment, generosity, sacrifice, love and devotion to family and country. You were a true friend. We bid you a sad farewell. You will be dearly missed from among our ranks. Be at Ease. Rest in Peace.

On behalf of the 1,261 military veteran Legionnaires of Lowe-McFarlane Post 14 of the American Legion and the 233 veterans of VFW Post 2238 in Shreveport, Louisiana, we extend our sympathies and our condolences to Mutt's family and loved ones.