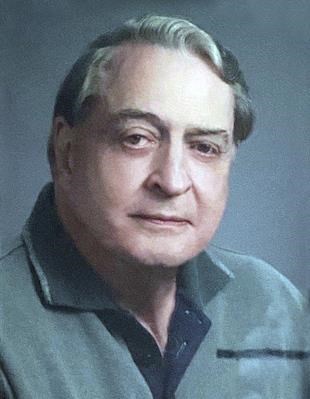 Shreveport, LA - Harry Dan Sawyer passed away on Friday, February 12, 2021 after a brief illness. He was born on September 24, 1927 in Shreveport, Louisiana to Robert Lee Sawyer and Nina Mae McCann. A private ceremony and a graveside service were offered in his memory.

Dan was a graduate of Fair Park High School and Centenary College of Louisiana in Shreveport. He then received his law degree from Tulane University in 1955 and was admitted to the Louisiana State Bar. His legal career consisted of private practice, City of Shreveport prosecutor, and in 1971, he was elected city judge.

Dan was a member of First United Methodist Church Shreveport. He was committed to serve the community with honesty and fairness giving an example of integrity and responsibility. He helped people unconditionally in many ways and had a soft heart for the destitute. His compassion even extended to the animals. Dan was well known for his discipline and dedication to his health and fitness. He believed in exercising and healthy diet to promote wellness. Dan was an avid reader and studious of history, especially the World War II era. He also enjoyed English literature and the culture of different peoples while traveling extensively with his wife, Xochitl, through Europe and Mexico.

He is preceded in death by his parents and his only brother, Robert.

Published by Shreveport Times from Feb. 22 to Feb. 28, 2021.
To plant trees in memory, please visit the Sympathy Store.
MEMORIAL EVENTS
To offer your sympathy during this difficult time, you can now have memorial trees planted in a National Forest in memory of your loved one.
Funeral services provided by:
Rose-Neath Funeral Home-Shreveport
MAKE A DONATION
MEMORIES & CONDOLENCES
Sponsored by Rose-Neath Funeral Home-Shreveport.
6 Entries
May God bless you and your family in this time of sorrow. He was a wonderful man. I worked with him at city court. I really respected him.
Kathy Green
Friend
March 7, 2021
Dan was the best man at my wedding fifty years ago. He was my best friend and work out partner for over twenty years. He was eternally positive about life and always saw the best in everything and everyone. His virtues were the highest in every meausure. His honesty and integrity were very well known and respected by all. His advice was priceless . I will never forget the Man who profoundly made the Greatest Impact and meaningful impression in my life.
Harvey Watson
Friend
March 1, 2021
Xochitl, I’m very sorry to learn about the passing of your husband.
Jesse Harris
Acquaintance
March 1, 2021
Dejar friend you will love in muy heart for ever
Yolanda
Friend
March 1, 2021
Rest In Peace my Fine friend. Semper Fi ! Bullett
Wade Haughton
Friend
February 27, 2021
Stephanie
I am sorry for the loss of your Dad
I remember you with fondness from many years ago
May our Lord Jesus Christ be with you in your time of sorrow
Christie Conerly Maranto
February 25, 2021
Showing 1 - 6 of 6 results