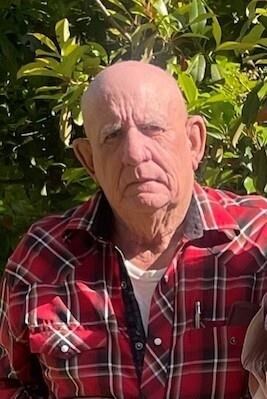 Keithville - Leslie "Larry" Nash lost his courageous battle with pancreatic cancer, on July 21, 2021. On his final day, he was surrounded by his family, who he adored more than anything else in the world." His family is honoring his wishes to be cremated.

Leslie Larry Nash, was born to Leslie A. and Verna Lea Nash on April 1, 1947 in Many, LA. He was raised in Keithville, LA where he remained until his passing. He had a love for trucking and was blessed with many talents, like welding, bush hogging, operating heavy machinery, working with dirt and even sketching projects. He worked at Machine Products, Binswanger Glass, Farley Glass, Piggly Wiggly, Reeves Dirt Pit, and Vaugh & Bush. He was a member of Local Teamster #568, East Texas Tractor & Engine Club and Ark-la-tex Agriculture Council.

He took extreme pride in his daughter; Heather; and two grandchildren, Bailey and Gage Brown. He loved teaching them that hard work and dedication brings success. His joy was watching them enter every 4H competition, whether it be baking, building, sewing, shooting, or showing Gage's goats… Larry was always right there with them.

In lieu of flowers, memorial contributions may be made to Baptist Tabernacle, Shreveport, LA or to a Cancer Society of your choosing.

Our Family would to like Thank Dr. Koticha, The Doctors, Nurses and Staff at Willis Knighton South for their Care.

Published by Shreveport Times from Jul. 23 to Jul. 25, 2021.
To plant trees in memory, please visit our Sympathy Store.
MEMORIAL EVENTS
Jul
31
Celebration of Life
5:00p.m.
Baptist Tabernacle
8501 E. Kingston Road, Shreveport, LA
Funeral services provided by:
Aulds Funeral Home
MAKE A DONATION
Please consider a donation as requested by the family.
MEMORIES & CONDOLENCES
Sponsored by Aulds Funeral Home.
2 Entries
Heather, I'm so sorry to hear this. My thoughts and prayers are with you and your family.
SHERRY HIGDON
Other
July 29, 2021
So sorry for your loss. Larry & I worked together for many years.
Kathy & Gary
Friend
July 26, 2021
Showing 1 - 2 of 2 results