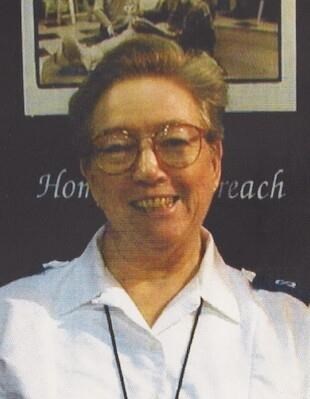 Shreveport - Lillie Mae Woodall Garrett, known as "Sissie", to most who knew her, was promoted to glory on July 22, 2021 in Bossier City, LA.

Mrs. Garrett was born on April 7, 1938 in Hall Summit, LA to Aaron Woodall and Maybell Prestridge Woodall. She was preceded in death by her parents; husband, Bud Garrett; brother, Bill Holman; and granddaughter, Jennifer Garrett.

Her love and compassion for people was boundless. This was seen not only in her social work, but also in the many hours she spent at the bedside of countless hospitalized family and friends.

Mrs. Garrett was a voracious reader, who read literally thousands of books in her lifetime. She loved to cook and garden. Her home was surrounded by roses, azaleas, and camellias.

She ran the good Christian race and Jesus greeted her with, "Well done thy good and faithful servant."

Services will be held at 10:00 AM on Monday, July 26, 2021 at Hill Crest Funeral Home in Haughton, LA. Interment will follow at Mt. Zion Cemetery in Hall Summit, LA. Visitation will be from 4-6:00 PM on Sunday, July 25, 2021 at Hill Crest Funeral Home. Officiating will be Carl Phillips of The Salvation Army, assisted by Dr. Mike Anderson of Haynes Ave. Baptist Church of Shreveport.

In lieu of flowers, the family asks that donations be made to The Salvation Army, 200 E. Stoner Ave. Shreveport, LA 71101.