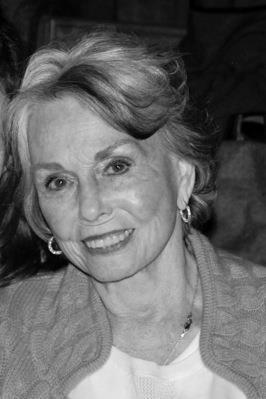 SHREVEPORT, LA - Mary Grace Womack Webb, 88, passed away on February 21, 2019, after a brief illness. A memorial service celebrating her life will be held in Frost Chapel at First Baptist Church of Shreveport on Saturday, March 2, 2019, at 1:00 PM. Mary was laid to rest alongside her beloved husband of 20 years, Reuben White Webb, at Forest Park Cemetery on Feb. 23, 2019, in a private ceremony.

Mary was born in Chatham, Louisiana on September 20,1930. She received her BA from Louisiana Tech. She lived in Alexandria, LA until 1970, and then spent the rest of her life in Shreveport.

Mary was a beautiful person in every respect. Her grace, kindness, and deep faith in Jesus Christ impacted the lives of all who knew her. She was happiest when surrounded by her family. "Granny," as she was known to all, had the special gift of making each child feel uniquely loved.

Also left to cherish her memory are Mary's sisters in Christ: Mary Lou Jones, her best friend of over 60 years, and Helen Church, her faithful friend and caregiver for 34 years.

Special thanks to Dr. Robert Hernandez, LifePath Hospice, Heritage Manor West, and Stephanie Anderson and the staff at Spencer Care Services, who were so good to our mother at the end of her life.

Mary was preceded in death by her parents: William and Floy Wilder Womack; and her siblings, Dawson Womack, Jack Womack, Tommy Womack, and Ruth Womack Cannon.

The family suggests that those wishing to make a donation in her memory consider Mary's childhood church, Chatham United Methodist Church, 902 Chatham Ave, Chatham, Louisiana 71226, or the charity of their choice.

Published by Shreveport Times from Feb. 28 to Mar. 2, 2019.
To plant trees in memory, please visit the Sympathy Store.
MEMORIAL EVENTS
Mar
2
Memorial service
1:00p.m.
Frost Chapel at First Baptist Church of Shreveport
LA
Funeral services provided by:
Osborn Funeral Home - Shreveport
MAKE A DONATION
Please consider a donation as requested by the family.
MEMORIES & CONDOLENCES
Sponsored by Osborn Funeral Home - Shreveport.
7 Entries
Dear Webb family,
I'm so sorry for your loss. Please accept my deepest condolences. May you take comfort from the words at 1Thessalonians 4:14, the beautiful hope of seeing your loved one again.
R L
March 2, 2019
My condolences to all the members of your wonderful family. Your friendship and kindness when my family moved to Shreveport many years ago and became your neighbor on Railsback Rd will always be remembered. Jim Adams
Jim Adams
March 1, 2019
I will always remember Aunt Mary's infectious laugh, her joy in life, and the wonderful memories at the Womack reunions. She was a treasure and she left a wonderful legacy and a hole in the hearts of all those who knew and loved her. Codolences to her loving family. Rest In Peace, Aunt Mary. We will miss you.
Mary Womack
March 1, 2019
I will always remember what a gracious southern lady Mary was to me from the day I met her. My thoughts and prayers to her and the family.

John Evans
February 28, 2019
What a beautiful lady! She loved the Lord with
all her heart...
February 28, 2019
To the family of Mrs. Mary.....I had the pleasure of knowing Mrs. Mary for many years and there is no doubt in the Webster dictionary the definition of "southern charm and beauty" it says see Mary Webb....she was a wonderful soul and I enjoyed our visits each time she came by my office.....Rest in peace Mrs. Mary, enjoy your crown...you earned it!!!
Susan Sparks, Boswell Insurance
February 28, 2019
Mrs. Webb was a kind, caring and generous person who was an example of grace and encouragement. She was a lovely lady in many respects, especially in spirit. It was an honor to know her and to learn from the example of her life and faith. My heart goes out to her family, particularly Pam, Bunny, Ken and Ann, their spouses and children.
Robert E. (Bobby) Stewart Jr.
February 28, 2019
Showing 1 - 7 of 7 results