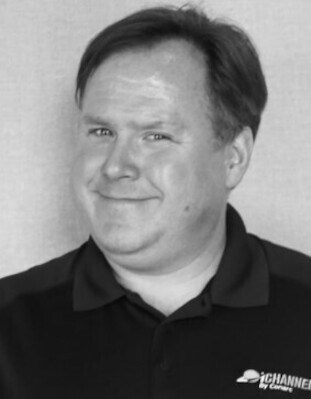 Robert Benjamin "Ben" Holton loved life! And he was loved by everyone who was fortunate enough to know him. Ben was the epitome of unconditional friendship and generosity, with a sense of humor and laugh even mightier than his impressive trivia skills.

He was born at the Fort Polk Army Base in Vernon Parish, Louisiana. He was raised in Colorado and Louisiana and learned to love everything that both states had to offer - football, history, snow skiing and mountains, crawfish boils and bayous ... the list is endless. But his sworn enemy, humidity, is where Colorado always had Louisiana beat. After graduating high school in 1985 from the Isidore Newman School in New Orleans, he headed north to Nashville to attend Vanderbilt University, where he earned his bachelor's degree in economics in 1989. He headed back to Louisiana to pursue his master's of business administration at Louisiana State University, but probably equally as important was the chance to yell "Geaux Tigers" at every LSU football, baseball and basketball game.

He received his MBA from LSU in 1992 and his innate talent for all things computer-related led him to Northern California and a position with Borland International, where he honed his software and customer service skills. In typical 'Ben' fashion, he adopted the local sports team as his own, and he was endlessly amused by the fact that the mascot for the University of California-Santa Cruz was the banana slug.

In 1994, fate intervened with the perfect opportunity to combine his tech skills with his love for sports, and he moved to Georgia to work with the Atlanta Committee for the Olympic Games in preparation for the 1996 Olympics. He started as a database project manager and developer and eventually became the assistant manager of computer operations for Atlanta Olympic Broadcasting. Given his strong work ethic, he built a successful career in information systems and software project management with companies such as Hyatt, Imler, Orr & Blount, Coalition America, Conarc, Inc., and ultimately Loffler Companies, Inc., where he worked as a Senior Consultant - Intelligent Process Automation.

As successful as he was in his "day job," the highlight of his professional journey was when he was once again able to combine his skills with his passion for sports. For over 15 years, he was a Talent Statistician for ESPN, SEC Network, FOX and various affiliated broadcasting networks. Ben had a key role in helping shape the broadcast of a game by communicating important statistics to announcers and graphics producers behind the scenes. Traveling across the country doing what he loved and getting paid for it. Talk about living the dream. And no one deserved it more than Ben.

Just as Jesus taught us, Ben lived life to the fullest and did everything in his power to help others do the same. Keeping in mind his affinity for all things sports, he was really a coach at heart. He always had the best advice, almost endless patience, the most giving spirit, the heartiest laugh, the best and most fitting movie quotes, and the absolute biggest heart. Making people smile was his favorite thing, followed by college sports (especially LSU and Vanderbilt), the Denver Broncos, the full movie theater experience, road trips, music by Prince and Foo Fighters, sharing his Disney passes with his friends and family, animated shows filled with satirical characters and great one-liners (which he loved to quote).

Ben is survived by his father, Dr. Don B. Holton, and his wife, Susie Parker Holton, his brothers, James Andrew "Drew" Holton, John Edwin "Jed" Holton, and his son, Jackson, and Barry Franklin Holton; his sister, Kerrie Suzanne Holton Tainter, and her children, Charlie and his wife, Alison, Scott and Thomas; his uncle, Charles Reeves, and his wife Brenda, and the Reeves cousins, Carla, "Ched", Paul, Ray, Kylan and Kristy; as well as countless friends and colleagues. He was predeceased by his mother, Margaret Ann Reeves, and uncle, Robert H. Reeves, Jr.

Plans for a memorial service will be announced at a later date. In honor of Ben's memory, we invite you to consider making a donation to the LSU Tiger Athletic Foundation (TAF), purchase a brick or paver in support of LSU's "Mike the Tiger" or donate to the Vanderbilt University 'Vandy United' Fund.

Words cannot express the feelings of loss and how much we all will miss him. Ben would want us to have a good laugh whenever we think of him, go give someone a big hug, and continue to be loyal to the 'Purple & Gold'… GEAUX TIGERS! May his laughter always be heard on game day, and may his light always shine, even in overtime.

"The heart of a man plans his way, but the Lord establishes his steps." Proverbs 16:9


To plant trees in memory, please visit our Sympathy Store.
Published by Shreveport Times from Jun. 18 to Jun. 20, 2021.
MEMORIAL EVENTS
No memorial events are currently scheduled.
To offer your sympathy during this difficult time, you can now have memorial trees planted in a National Forest in memory of your loved one.
MAKE A DONATION
MEMORIES & CONDOLENCES
Sponsored by Shreveport Times.
4 Entries
I was shocked to hear of Ben's passing. I hired him into jobs at two different companies (HIOB and Coalition America) because he was a hard worker, was smart, and above all, he added great chemistry to the team. He was a delight to have around, and we shared a love for our LSU Tigers. I have fond memories of his Cajun birthday bashes at his house in Brookhaven. Ben will be sorely missed.
Dave Bernard
Work
June 28, 2021
I am so sorry to hear of Ben passing. May God be with his family and bring peace and comfort to each and everyone.
Neighbor
June 20, 2021 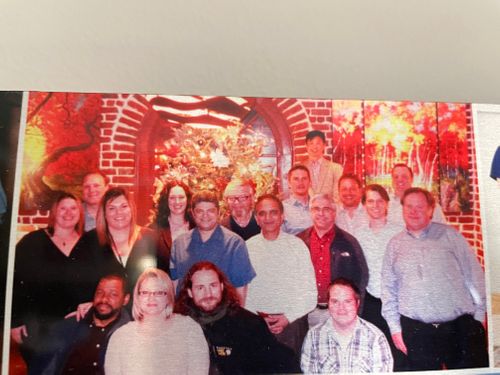 In loving memory of a wonderful person. We will love you and miss you always. It was an honor to know you & work together for many years. You were always so cheerful and funny. May your soul rest in peace.
Chet Joglekar
Coworker
June 20, 2021
You will be missed Ben. We love you!
Cary Crafts
Family
June 20, 2021
Showing 1 - 4 of 4 results