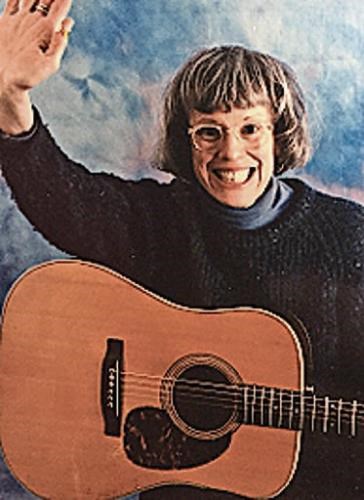 FUNERAL HOME
Cherubini-McInerney Funeral Home
1289 Forest Ave
Staten Island, NY
Andrea Jay, 69
Teacher and writer
Andrea Jay, 69, of Castleton Corners, Staten Island, N.Y., passed away on March 16, 2017, after a short battle with lymphoma and a long battle with leukemia. "I wish I'd get a disease with an easier spelling," she lamented.
In the early 1980s, Miss Jay wrote for the WHT Program Guide (WHT was a pre-cable home TV network). In the later '80's, she taught English and history at the Arthur Kill Correctional Facility and also for Mercy College at the same site. She later was an assistant principal at OES, an alternative off-sited city-wide school that utilized spaces in housing projects, drug rehabs and other unusual locations. Having been a student at Richmond College in the 1960's, she often said, "Best. College. Ever." Further education was at CSI.
She was an Advance food columnist, writing entirely about vegan food and diets. "It just goes to show that veganism won't stave off death," she said, dejectedly. Her niece, Alison Reilly, said, "Andrea loved four-letter words as much as she loved being a diehard vegan. She never missed a chance to speak her mind and always shared her humor and wit proudly. She will be missed dearly."
Eric Jay, her nephew, added, "As anyone who knew her can tell you, she was as opinionated about politics, religion and economics as she was hilariously funny and about as subtle as a Molotov cocktail. We will miss her wisdom and humor dearly."
She is survived by her niece and nephew, Alison Reily and, Eric Jay; her sister-in-law, Bea Jay; her longtime companion, Larry Schwartz; many close friends and her dog, Loofah. Her brother, Stan Jay, died in 2014, also of lymphoma. "I suspect my parents bought a house which was built on a toxic waste dump," she pointed out.
There will be a viewing on Monday, March 20, at 10 a.m. followed by a short service at 11 a.m. at Cherubini McInerney Funeral Home, 1289 Forest Ave., S.I., N.Y. 10302.
If you are interested in visiting her monument (her remains will be buried there at a later date), it is in Silver Mount Cemetery and reads, "Wish you were here."
In lieu of flowers, Andrea would have preferred to have donations be sent to "Tails of Love Rescue" and mail to: 91 E. 3rd St, No. 32, N.Y., N.Y. 10003 Attn: C. Cheng. For online donations please PAYPAL to: [email protected]
Cherubini McInerney
Funeral Home
1289 Forest Ave.
Staten Island, N.Y. 10302
(718) 442-9047
Published by Staten Island Advance on Mar. 19, 2017.
MEMORIAL EVENTS
Mar
20
Viewing
10:00a.m. - 11:00a.m.
Cherubini-McInerney Funeral Home
1289 Forest Ave, Staten Island, NY
Mar
20
Service
11:00a.m.
Cherubini-McInerney Funeral Home
1289 Forest Ave, Staten Island, NY
Funeral services provided by:
Cherubini-McInerney Funeral Home
MAKE A DONATION
MEMORIES & CONDOLENCES
Sponsored by Cherubini-McInerney Funeral Home.
22 Entries
Missing Andrea-her wit, her art, her view on life! You are missed my friend.
Wendy Iseman
Friend
March 13, 2021
It has been 3 years since we lost Andrea. There was no one like her in the world. Miss you and your incredible mind and wit.
Wendy Iseman
Friend
March 13, 2020 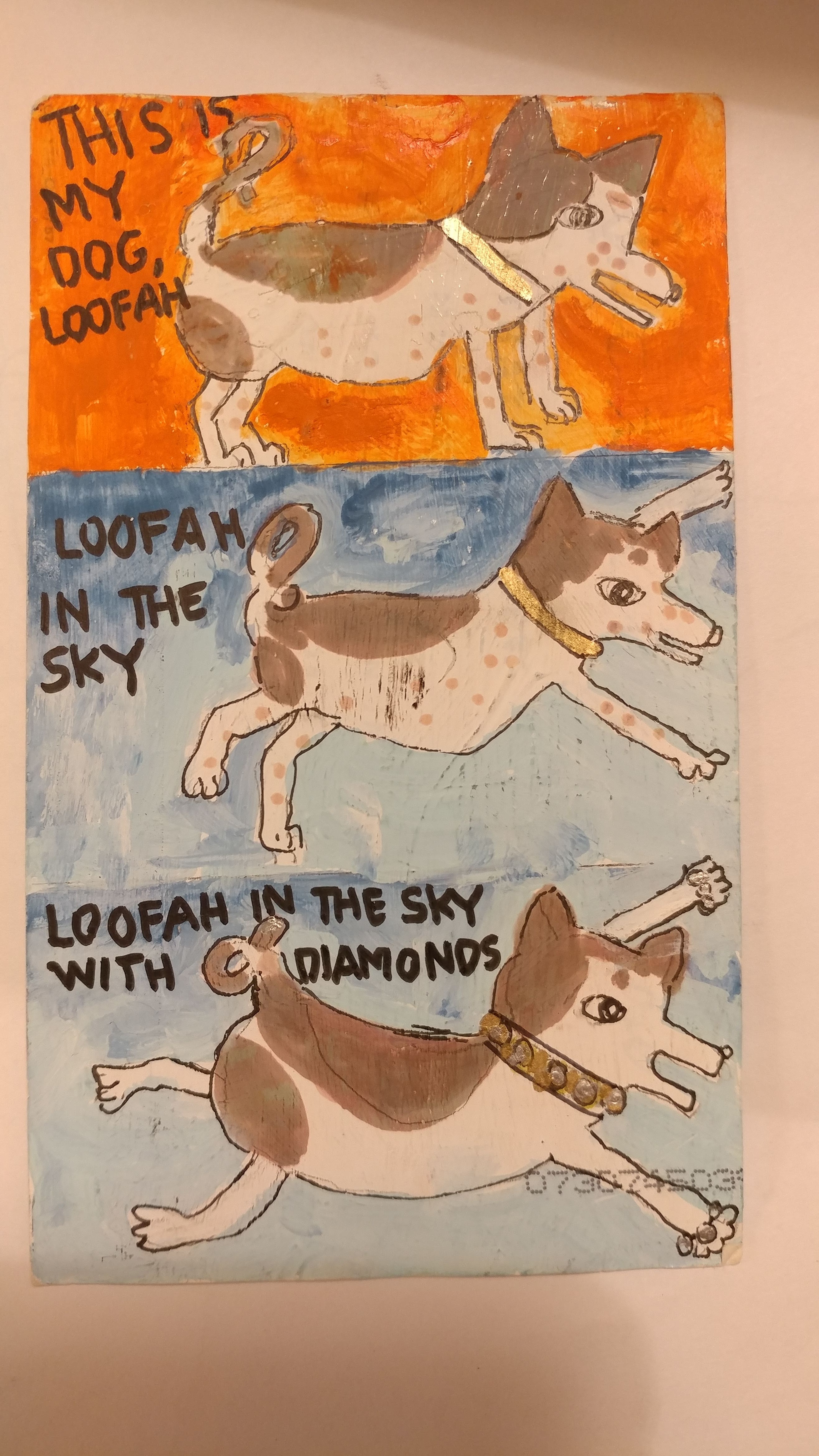 Angie
May 18, 2019
I am missing Andrea so much. She wss so unique and funny and always made me laugh.
Wendy Iseman
July 13, 2017
I keep a few of Andrea's unique cards that she designed so well in my Phone/Address book so that each time I have to look up a number of someone to call, one of her cards slips out, always drawing a special smile for a wonderful, talented, exquisite human being. Smiles....Francine Raggi-Collins CSI
Francine Raggi
July 12, 2017
Lawrence Schwartz
July 11, 2017
I'm so thankful she and I crossed paths through the mail. I'm very sorry to hear she is gone, I will miss her.
Jeanne Kasten
April 27, 2017
I'm so very sad to hear of Andrea's passing. We were both substitute teachers back in the 1980's, mostly at Curtis High School. There were some similarities in our appearances, so the students often confused one of us for the other. I was frequently called "Miss Jay", but since my last name is Johnson, I just thought they were calling me "Miss J.", not realizing they actually thought I was Andrea.
We became good friends in those days, and anytime I discovered Andrea was teaching at the same school on the same day, it was a good day! She made it fun.
I always thought I'd reconnect with her one day, so I'm especially sad that day will never come.
Phyllis Johnson
April 4, 2017
Andrea, Art Lab was blessed by your presence - you had studied here since 2009. I will miss you- all your friends in colored pencil class shall miss you. How can we manage without those bright shining eyes and smile? You were such an irreplaceable part of our Art Lab family . I am so sad - i just learned today. :(
Malissa Priebe Art Lab
April 4, 2017 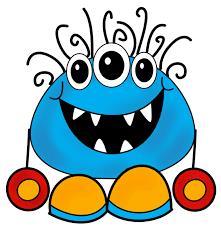 Malissa Priebe
April 4, 2017
Andrea: you lived your Richmond College spirit throughout your life.
Sharon
March 26, 2017
Andrea, How lucky am I to have met you! What a gal, what a mind, what a good friend you are and were. If you didn't have me laughing you had me thinking. I adore you in so many ways. I have been blessed with meeting your friends and family....who love you and we will continue your legacy. I will see you on the other side. Brenda
Brenda Vincent-Springer
March 21, 2017
Goodbye Poole. Your are still my Poole. Larry
Larry Schwartz
March 21, 2017
My condolences.

Terry... Richmond College , Class of 1972.
March 20, 2017
Andrea was a good and funny friend for many years. She will be missed.
Annette Gardner
March 20, 2017
My sincere condolences to the family. May the hearer of prayer, be with you all throughout this most difficult time.
Matthew 21:22 -
Rhonda
March 20, 2017
Ginny Mondello-Blanchard
March 19, 2017
I used to read her vegan column, and just reading it made me think there was something really good about her. I met her once, and her personality verified it. In a world where everyone is unique, she was even more so.
Cathy Zelonis
March 19, 2017
One of the most unique and funniest people I have ever known. Andrea, you will be greatly missed. Love, Wendy
Wendy Iseman
March 19, 2017
Dear Andrea, will so much miss our conversations and receiving your original birthday and holiday cards. You are such a special and unique person and will remain in our thoughts and hearts always...until we join you. Will look for you next time on SI at "Wish You Were Here". Was going to write a card to you today. You were on my mind. Hugs to you. PS Look for my dear friend Louise. You will get on so well. Hope you both visit me in my dreams.
Hugs, Francine
Francine Raggi-Collins
March 19, 2017
So sad to read the passing of Andrea Jay. She was an amazing person, I knew "back in the day". Crossing paths on our individual roads to helping those in need. Good job Andrea.
Sheila Brown-Blei
March 19, 2017
She was a colleague and friend for over 20 yrs. for years, we'd spend saturdays together at yard sales and the farmer's market. I will miss her witty humor.
Evelyn Cuevas
March 19, 2017
Showing 1 - 22 of 22 results